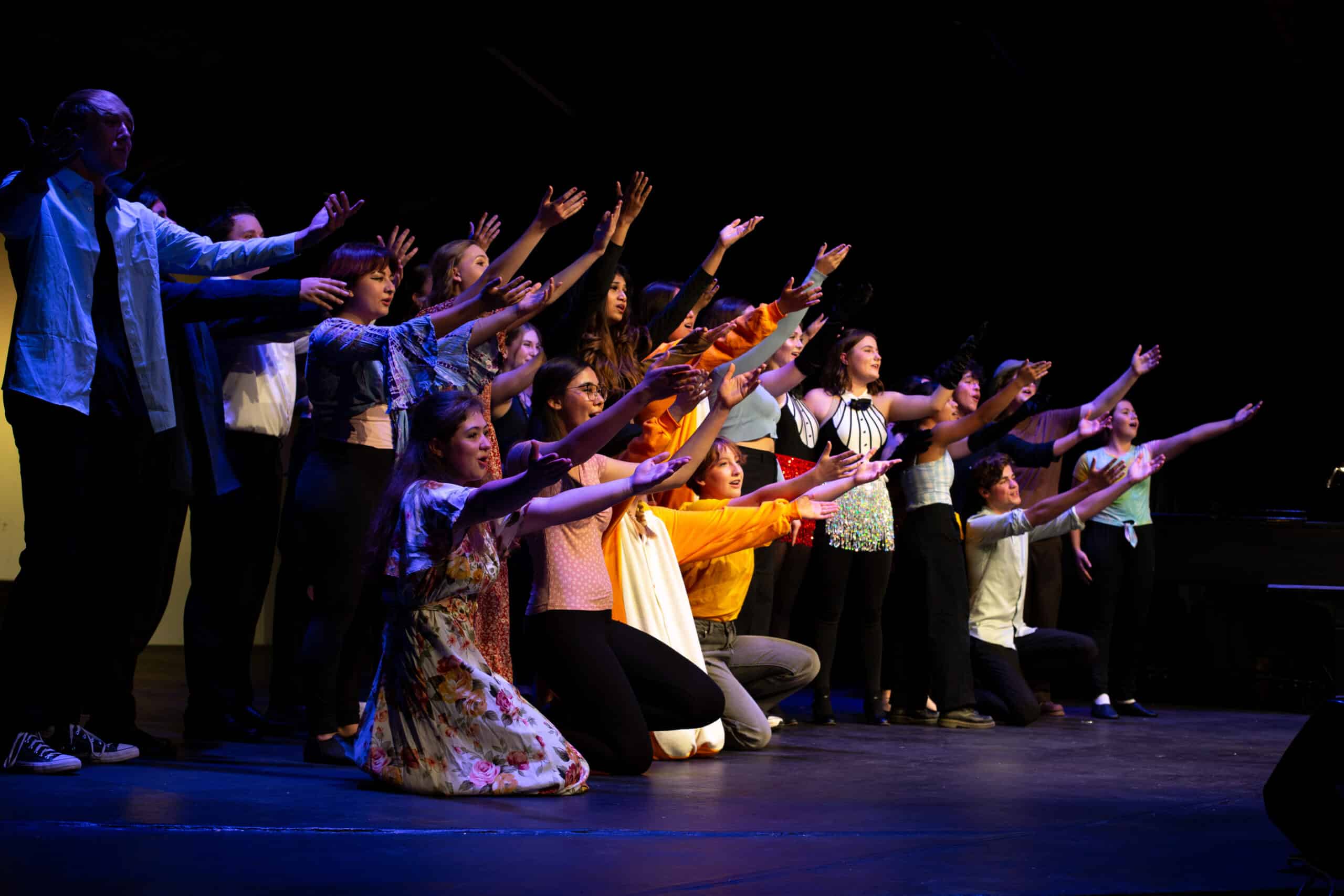 As the new semester gets into full swing, we want to take a moment to reflect on the incredible fall semester that just successfully wrapped. High temperatures, a near hurricane, and a wildfire “down the hill’ marked the beginning of school this year, but we rallied and managed to produce an amazing array of live events here at Idyllwild Arts. Here are just a few highlights:

In October, we celebrated Indigenous Peoples’ Day, and reaffirmed our pledge to honor our Native Arts history and announce the launch of our Native American Arts Center! Our Open House brought a bevy of prospective students to Idyllwild Arts and gave families an opportunity to get to know us better. Our College Fair, a few days later, brought many of the world’s top conservatories, colleges, and universities to our campus. Family Weekend was a huge hit too! Families got to see firsthand just how remarkable the Idyllwild Arts experience is! They were able to “meet and greet” with President Pamela Jordan, Head of School Craig N Sellers, the Academic and Art Chairs, and they even had the chance to sit in on classes! We also had a beautiful Creative Writing and Film Showcase, a gorgeous gallery exhibition, a stunning cabaret and orchestra concert, and the weekend was capped off with a marvelous Music Department showcase. What a weekend! The IA Film and Digital Media department was on fire this last semester! Students took a number of location scouting field trips, shot a ton of student films, and conducted a “casting call” where students across campus auditioned for roles. Seven seniors had the opportunity to actually pitch their films to World Entertainment in Hollywood. They also had a special “meet and greet” with legendary actress Diana Baker! Last, but not least, eight Idyllwild Arts students (5 current students and 3 alumni) traveled to NYC for the All American High School Film Festival. All eight films were screened at the AMC theater in Times Square. The IA Theatre Department truly amazed audiences with their Cabaret performance, but went on to inspire with a production of Mary Zimmerman’s adaptation of the Greek myths, Metamorphoses. ‘Unforgettable’ might be an overused word, but this production will never be forgotten by anyone who saw it! The Theatre Department was also a principal contributor to the Winter Quilt collaborative concert in December where Inter Arts, Dance, Fashion, Creative Writing and Music also gave us their very best work and reminded everyone that our students are extraordinary and supremely talented artists. The Dance Department also gave us their Fall Dance Concert on three nights just before Thanksgiving Break, showing us not only their advanced ballet skills, but also absolutely cutting edge contemporary work choreographed by our very own Dance Faculty! They never cease to amaze us! And in case all of that wasn’t enough – the Music Department (with new Orchestra Director Dan Bassin at the helm) produced a number of outstanding performances including composition workshops with world famous Trinity Laban Conservatoire of Music and Dance, the first student Songwriting Concert of the year, and our first orchestra concert that featured the Southern Californian premiere of African American female composer Florence Price in a brilliant repertoire! We had yet another sensational December showcase, a Chamber Concert, a Jazz combo and Jazz ensemble concert. These were all mind blowing! We had the honor of welcoming Guest Artists Latsos Piano Duo, and Alberto Daniel Quintanilla and Aysegul Koca brought us The Art of the Guitar! To close out the year, our own long serving Faculty John Walz (cello) and Doug Ashcraft (piano) gave an impeccable tribute to honor Beethoven’s 250th Anniversary. They played all five of Beethoven’s sonatas for piano and cello, and all were rapturously received. Not to be overlooked, the Visual Arts Department brought us exceptional events in The Parks Exhibition Center: Visual Arts Faculty Show: Scattered State; guest artist Erika Harrsch’s “Moving in the Borderlands;” and the Visual Arts Theme Show: Identity. To witness these exhibitions is incredible and so hard to actually fathom how talented our young visual artists are! And the Creative Writers at Idyllwild Arts, although small in number but mighty in expression, continually remind us of the beauty and power of the written word. Idyllwild Arts’ own former Poet in Residence, Caylin Capra Thomas, enthralled us with her reading in the Krone Library in November. The students showed off their awesome talents in the Film and Creative Writing Showcase over Family Weekend, and again, in the New Plays Staged Readings. Two words: Incredible. Awesome. Thank you to all of the citizen artists here at Idyllwild Arts. The sanctuary offered here on this mountain never ceases to produce the most amazing art. We are proud, honored, and privileged to witness your artistic genius–no matter the discipline or major. Cheers to an amazing semester, and we can’t wait to see what the Spring Semester brings!

After an extensive and thorough search, Idyllwild Arts is pleased to announce Jason Hallowbard as…