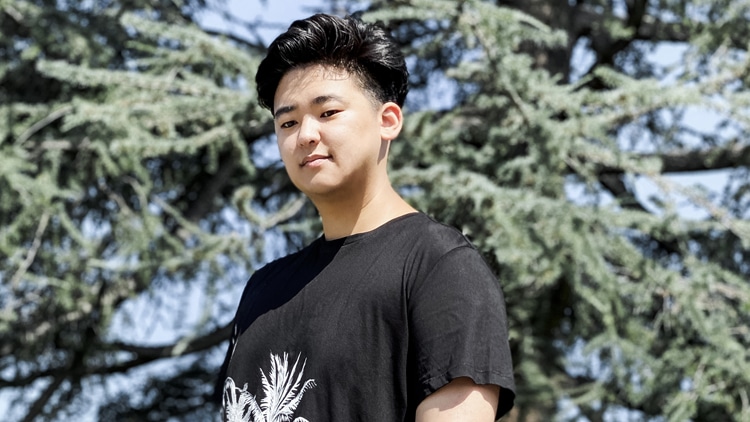 Cooper Dai admits that he paid for his four hours of translation work with twelve hours of sleep.

Idyllwild Arts Academy’s brand-new Visual Arts teacher had been cast in an unfamiliar role: translator for Head of School Marianne Kent-Stoll when she Zoomed with current Chinese families on the evening of February 6. The inability of the Academy’s Chinese students to get to the U.S. since last March had created the need for Kent-Stoll to meet with their families on Zoom in order to strengthen the connection.
“We needed a Chinese speaker,” she says, “but also someone with great people skills, and Cooper is very charming.”
People skills are a valued commodity in a teacher. But Cooper’s outstanding work as a Visual Arts student at the Academy prior to his graduation in 2013 had come first to mind when he applied to fill the school’s Spring Semester opening for a Graphics Design teacher. 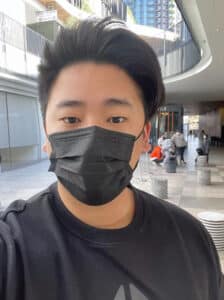 Cooper, whose Chinese given name is Jingze, spent his last three years of high school at the Academy. He had come in 2010 from Dalian, in northeastern China. Dalian sits on the southern tip of the Liaodong Peninsula, a little more than two hundred miles west of Pyongyang, North Korea.
He recalls being a “beginning Beginning ESL student” in 2010. But, like so many of the Academy’s East Asian students who arrive in the United States speaking little or no English, he learned English well enough from the school’s English as a Second Language teachers and from the immersive environment to pursue higher education in the U.S.
In Cooper’s case, higher education meant ArtCenter College of Design, in Pasadena, for his Bachelor’s degree, awarded in 2017. His ArtCenter time included brief periods of study in Berlin and Costa Rica. Next came graduate studies first at Columbia University, in New York, and then several dozen blocks and many subway stops south, at New York University. He earned his Master of Science degree from NYU this past December.
As one would expect of a Graphics Design teacher, Cooper’s studies have involved a lot of hands-on work. And much of that work has been professional. He says that while at ArtCenter he “worked for three different companies, including a Santa Monica company that focused on interior design for hotels.”
The latter job helps explain the description Cooper gives of his specialty at ArtCenter, Environmental Design, as dealing with objects that fall “in between architecture and product design.” Yet the portfolio of the small company that he and some young colleagues run suggests extensive skill in product design.
Teaching at Idyllwild Arts brings Cooper back to the place that “gave me the foundation” for subsequent work and where “the students are so talented.” He begins as a part-time instructor because this semester he is needed only for two Graphics Design courses and for the Yearbook course, which he took almost a decade ago.
But Cooper’s value to the Zoom session with Chinese families hints that the school may be able to find additional uses for his talents. It will be interesting to see whether his reunion with the Academy, eight years after graduating, turns into a long-term relationship.