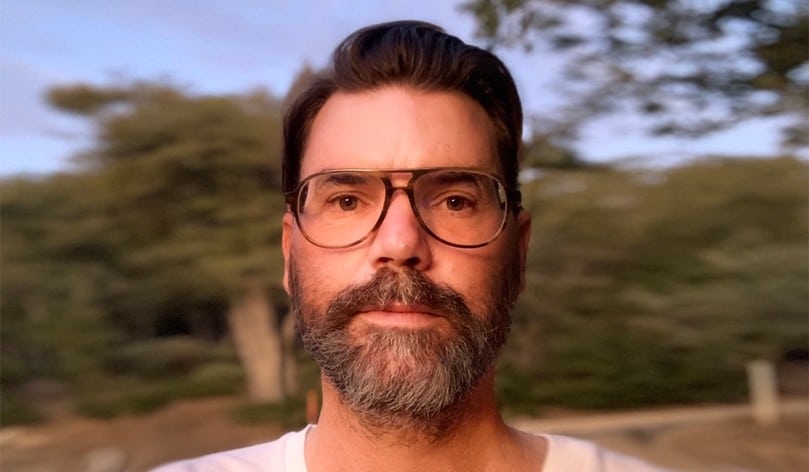 “I want to be the person I needed when I was young,” says Douglas Johnston, after a few moments of thought, in response to why he decided to become a school counselor.

Douglas experienced severe bullying throughout his childhood and adolescence for being gay. He suggests that young people often aren’t taught to properly communicate their thoughts and emotions. His goal as a counselor is to create a safe environment for students to explore this process.

His office is soaked in sunlight and adorned in cool blues. The small room also includes nine house plants and hanging shelves full of books on mental health and psychology. The atmosphere creates a calming space for reflection. On the walls are inspirational quote posters and a large map of Africa, where he lived during his childhood.

Douglas grew up in Zimbabwe, living with his parents and sister in a house overlooking the Zambezi River. The house included a freshwater pool for the hotter months. Sometimes elephants would drink from it while his parents watched.

The house also had an open veranda. During one dinner on the veranda, a leopard pounced on and killed a guest’s poodle.

“It’s extremely rare to see a leopard even on safari,” he points out, “so the moment was memorable.”

Though he appreciated the beauty of Africa, he experienced conflict in its conservative culture. He found solace in the comforts of reading, writing, ballet, and fashion. His ticket to schooling in the United States, however, was springboard diving. After watching other children at the pool jump off the diving board, Douglas decided to give it a go. He discovered that he had a great talent for it, which brought him to the U.S. for college when he was eighteen.

Douglas graduated from California State University, Chico, with a degree in journalism. His studies in journalism opened up many doors in the writing world.

“My first ever job—and you’re gonna roll your eyes at this—was at Cosmopolitan in London.”

Though London was exciting, Douglas missed the States and ended up moving to New York City. He lived there for fifteen years, working as the executive assistant to the president at People magazine.

Though he enjoyed the work, he “did not enjoy working with the demanding clients.” One debacle he remembers vividly is arranging for a couple to receive tickets to the Oscars. He arranged for them to be put up at a five-star hotel, but they didn’t like their bed. Douglas had to have a new mattress flown over from France to meet the couple’s standards.

During his time at People, Douglas was saving money because he planned to take a year off work to travel in India. However, when his mother got cancer, he went home to his family in South Africa. He ended up staying the year with his family, spending significant time reflecting on his own life. It was then that he decided to pursue psychology and counseling.

“All my life, my loved ones had told me that I should be a teacher or a counselor.”

Any student who has an appointment with Douglas can expect to be deeply heard about any issue, no matter the size. He strives to create an environment that allows for feelings of sadness, anger, or hopelessness when they arise.

“In my office, you can explore those feelings while feeling safe and ideally getting to a place of feeling hopeful.”

From relationship conflict to the desire to be perfect, Douglas has experience talking to young people about conflicts in all aspects of their lives.

“I want people to know that it’s not uncommon to come to my office crying and leave laughing.”

He has intentionally sought positions that would allow him to work with student artists.

“To work with young artists is my fantasy school counseling job.”

He strongly believes that art has the capability to heal and change the world and he wants to assist in providing the emotional support that students at Idyllwild Arts need to continue learning, growing, and creating.