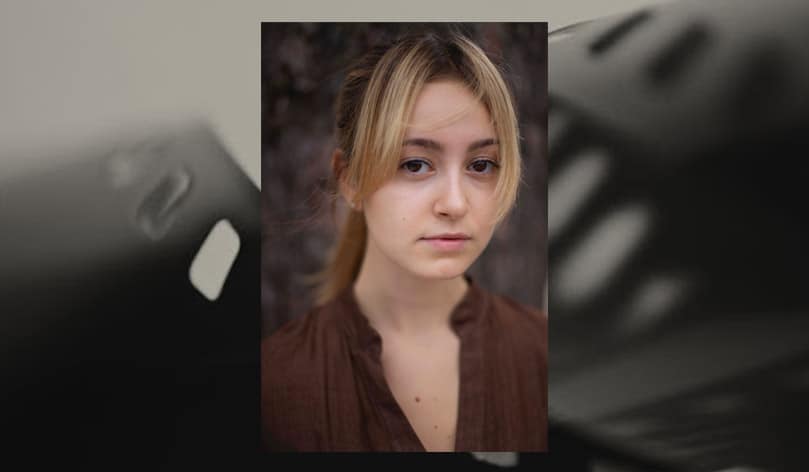 During Eylül Hancilar’s IDY Talk at idyllwildarts.zoom.us/j/92580440672 on Thursday night, Dec. 9, at 7 PST, she will describe an acting career that is very much a work in progress–and what more exciting place than Idyllwild Arts Academy for a young person to make artistic progress?

Eylül brings to this third entry in the fall series of IDY Talks, sponsored by the Academy’s Art in Society program, a background in theatre whose stage was set in her native Istanbul.

“I’ve been interested in acting since I was little,” she says. “And in Istanbul there are plenty of opportunities for children to perform and to take acting classes. But I always wanted to study in the United States, partly because I want to go into screen acting.”

She realized that ambition just over a year ago. The coronavirus pandemic delayed her arrival at Idyllwild Arts for in-person classes until October 2020, after she had started her eleventh-grade year online.

The American television shows and films that Eylül watched in Turkey suggest a predictable evolution in her tastes.

“I’ve graduated from the Disney Channel–do you remember Hannah Montana, with Miley Cyrus?–to adoring Quentin Tarantino,” she laughs. “I think my favorite is Inglourious Basterds.”

One of the great benefits of the Idyllwild Arts Theatre Department is its offering of an Acting for the Camera class, which Eylül took last year.

“You always hear that in TV and movie acting, as opposed to theatre acting, you have to do a lot with a little: that you have to be subtly expressive, so it won’t feel to the viewers like you’re jumping off the screen and hitting them in the face. But to receive so many weeks of coaching in screen acting and to have so much time to practice was wonderful.”

The teacher also encouraged spontaneity, which, it turns out, is much to Eylül’s liking.

“I’m comfortable with directors who work with a light hand–who might be the opposite of someone like Stanley Kubrick!–because it helps me feel natural. With too much direction I feel like I’m ‘acting’ the character instead of simply being the character.”

As far as comfort goes, a major goal for the balance of her senior year is to become more at ease with comedy.

“That will involve playing with my voice and feeling freer with my body. Those things are coming along, though, instinctively, I’m more confident in drama.”

After graduating next spring, she plans to continue studying in the U.S. She has her sights on New York–NYU, Pace University, or The New School–where she spent a month at New York Film Academy when she was fourteen.

For now, however, Eylül remains far from the metropolis, in tiny Idyllwild, where her IDY Talk at idyllwildarts.zoom.us/j/92580440672 on Dec. 9 at 7 pm will originate.