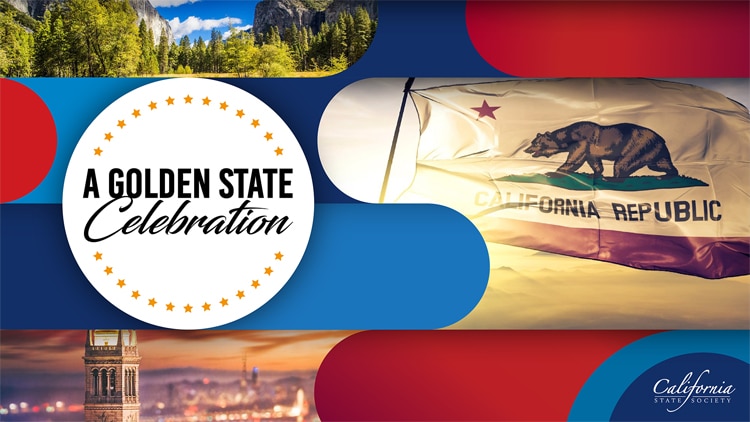 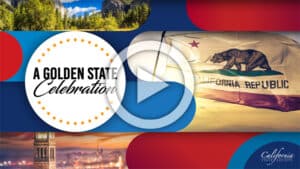 Idyllwild Arts Academy seniors Joe Davis and Aminta Skye were in distinguished company on Tuesday, Jan. 19, when their musical performances highlighted a celebration of Kamala Harris by the California State Society.

The California State Society is a non-partisan 501(c)(7) nonprofit providing opportunities to Californians living in or near Washington, D.C. On the 19th, the Society honored Harris’s transition, the next day, from U.S. Senator for California to Vice President of the United States. Her swearing-in on Jan. 20 accomplished a number of significant firsts: first woman, first African-American, and first Asian-American to occupy the second-highest office in the land. She is also the first California Democrat to run on a national electoral ticket, since Presidents Richard Nixon and Ronald Reagan were Republicans.

The choice of two Academy students to sing for a high-profile event that also featured two-time Grammy nominee Andra Day underscored the focus on diversity. Year after year, more than half of all Academy students come from outside the U.S. Joe Davis is Jamaican (the Vice President’s father is Jamaican-American) and Aminta Skye is a Senegalese-American U.S. citizen.

Joe, who plays a dozen instruments, had the honor of singing “The Star-Spangled Banner” along with six clones of himself; his astonishing musical talent might be equaled by his skill in making videos. Joe’s performance of the U.S. National Anthem introduced brief addresses by California Governor Gavin Newsom and the long-serving United States Senator for California, Dianne Feinstein. Several California members of the U.S. House of Representatives also spoke.

Aminta accompanied herself on guitar as she sang an original composition. “Ivory Is Normalcy” reflects on the integral role of skin color in defining normalcy and what normalcy excludes.

Idyllwild Arts Academy is distinguished not only by its international student body, but by a passion for reminding talented young artists that they belong to a global community and that their art can produce an impact transcending isolated, individual achievements. The parts played by Joe and Aminta in the Academy’s Black Student Union suggest that, like many other Idyllwild Arts students, they are already active citizens as well as superb artists.