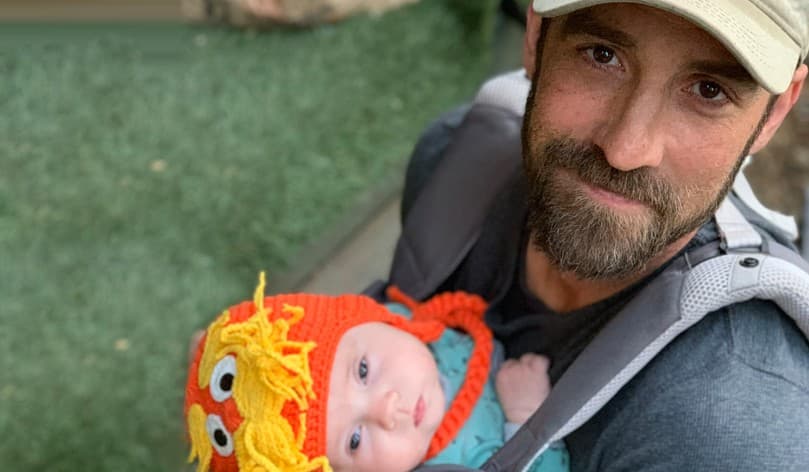 “Trees are a form of public art,” says John Huddleston.

That’s enough to explain the sponsorship by Idyllwild Arts Academy’s Art in Society program of John’s webinar on tree care this past May 14. The artists of Idyllwild Arts might not receive creative inspiration from trees if these natural objects were not inherently artistic.

“Think about the countless times that trees have appeared in paintings,” he continues. “Or imagine, if you can, the sheer aesthetic devastation to our lives of the disappearance of all the trees, aside from what that would mean to the physical health of the planet.”

But John, owner of Precision Tree Experts and one of fewer than a hundred individuals worldwide to have qualified as both a Board Certified Master Arborist and a Registered Consulting Arborist, reminds Idyllwild residents that the disappearance of trees can happen gradually and insidiously.

“If you own property in Idyllwild you might be paid a visit by an arborist hired by Southern California Edison. Even though that arborist knows better, he’ll shake his head sadly and tell you, ‘Sorry, but that beautiful, massive pine tree that gives you shade during the summer—and that already stood there a couple of hundred years before your house did—is threatening the power lines, so your only choice is to take it down.’”

It’s time for John to shake his own head sadly.

“That arborist has a contractual agreement with SoCal Edison that prohibits him from telling you that you probably do have other choices. I won’t get into the technicalities of what arborists call ‘codominant stems with included bark.’ But I can tell you there’s a good chance that I could look at your pine tree and then have a conversation with SoCal Edison’s arborist and say, ‘How about if you let those people ask me to cable that tree back together in order to save it and get it out of the way of the power lines?’”

“We could argue over what the best part of cabling the tree together would be. You might say the best part is just saving it, but I bet you also wouldn’t mind the fact that taking the tree down would cost thousands of dollars, but cabling would only cost a few hundred.”

John’s expertise in diagnosing and relieving every kind of stress affecting trees gives his company, Precision Tree Experts, the right to own its name with pride. For members of the Idyllwild Arts community who know his mother, Lainie Huddleston, Idyllwild Arts Academy’s longtime Registrar and Director of Student Information, John’s commitment to precision in his diagnoses and treatments of the afflictions of trees may seem to have genetic roots.

When writing about trees, it’s tempting to work a certain metaphor to death. But it’s also hard to resist mentioning the deep local roots of John’s family: his grandmother, Joyce Heinz, was Idyllwild Arts Academy Secretary for a quarter of a century until her retirement in 2013; his father, Ed Huddleston, retired recently after working for decades in Maintenance at Idyllwild Arts; and his sister, Sara, graduated from the Academy as a Theatre major in 1998. (John attended the Academy as a Creative Writing major, but didn’t graduate.)

John’s mother continues to do her job brilliantly despite being buried all day long in an office, surrounded by towering stacks of student records.

On the other hand, John does his work outdoors among the trees that tower overhead—though he’s often high enough up in them to do some towering of his own.

“Our family moved to Idyllwild when I was eight years old and I immediately fell in love with climbing trees. Now I’m thirty-eight and I still love being up in the trees. I think I’m always going to love it.”