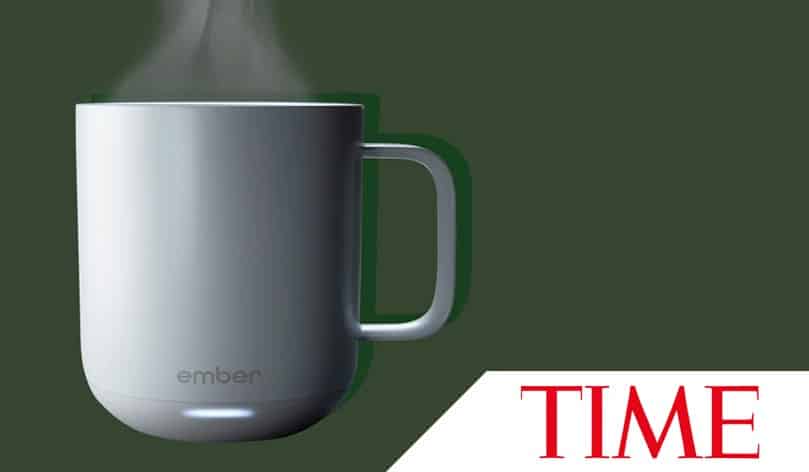 Anyone who’s ever sipped coffee knows how temperature can affect taste: if it’s too hot, it’ll scald your mouth; too cold and it’s barely worth drinking. By one estimate, you have only about 37 seconds to enjoy the brew at an ideal level of warmth. “That didn’t make any logical sense to me,” says Clay Alexander, CEO and founder of Los Angeles–based Ember Technologies. So he invented a solution: the stainless-steel Ember mug. Reinforced in white ceramic coating, it keeps coffee or tea at a precise temperature—anywhere from 120°F to 145°F, set through an app—for about an hour on its own and for an unlimited amount of time on its charging saucer. It’s the second in Ember’s series of smart drinking devices, following a temperature-control tumbler last year. And it may be poised to become a desktop staple: the mug launched on Nov. 9 and is already being sold in 4,600 U.S. Starbucks stores. —Melissa Chan