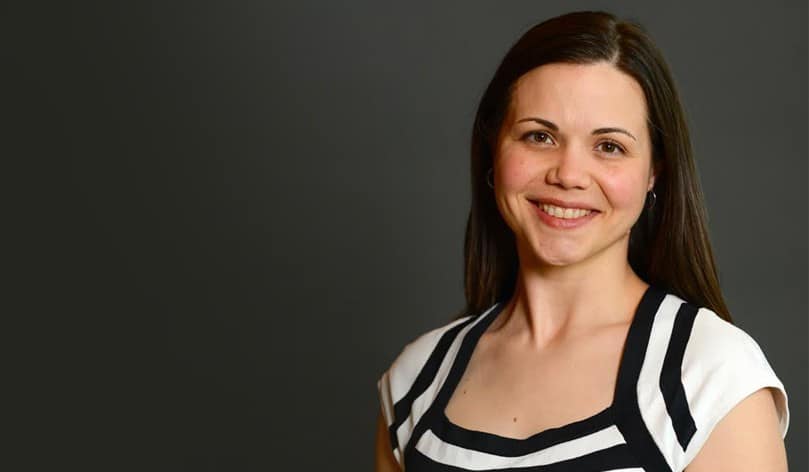 “I’m an academic, not an artist,” says Bethany Hughes.

But if the Assistant Professor of Native American Studies at the University of Michigan was apologizing for her public lecture on the Idyllwild Arts campus this past summer, there was no need. As a guest of the annual Native American Arts Festival, she had plenty to say about the arts

Hughes says she is both “white and Choctaw.” She is a scholar from Oklahoma with a recent Ph.D. from Northwestern University. Her book-in-progress examines, among other issues, how “stereotyping as racialization erases reality.”

The idea that racial stereotypes get in the way of seeing people in either their cultural or their individual reality is a familiar one. But as a practitioner of “Indigenous feminist critique,” Hughes calls attention to the less familiar point that the stereotyping of Native Americans has been asymmetrical in relation to men and woman.

“What’s now being called ‘redface’ is gendered. From the time of the Wild West shows that started in the eighteen-eighties right up to today—picture the ‘Washington Redskin’ and other sports team mascots—our most vivid images of Native Americans are nearly always male. Think about how many historical Native American men you can name, compared to women.”

“In that part of the country the desire’s very common to feel a deep connection to the land,” Hughes says. “I’m not talking about the particular case of Senator Warren’s ancestry. My point is that you can understand how ever since the Oklahoma Land Rush of 1889, people who know in their hearts that the land was stolen would want to feel there’s a profound sense in which they belong on the land, anyway.”

The preview of a lecture Hughes will deliver next spring at UCLA observes that in “the nineteenth century Americans were infatuated with Indians on stage” and that “the first superstar of the American theatre rose to fame playing an Indian.”

Hughes’ thumbnail bio on the University of Michigan website notes her interest in “how performance constructs culturally recognizable categories.” The “wild Indian” of the Wild West shows helped construct the Indian that our culture still recognizes. But her bio goes on to point out that performance also “offers possibilities to resist or remake those same categories.”

Even if she’s not an artist, Bethany Hughes has made an important contribution to those efforts.