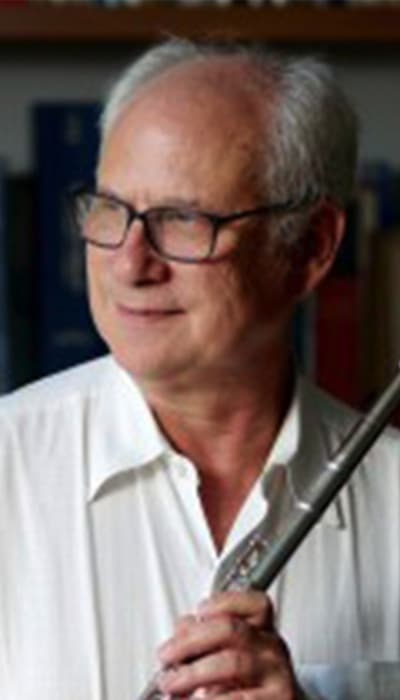 Composer Mark Carlson’s lyrical, emotionally powerful, and stylistically unique music has earned him the admiration of audiences and musicians throughout the United States, Canada, Mexico, and Europe.  A versatile composer, his more than 100 works include art songs, chamber music, choral music, concertos and other large ensemble works, and songs for musical theater.  The recipient of more than 50 commissions, he has been commissioned by the National Shrine in Washington, DC, and the New West Symphony, among other organizations, as well as by many individual musicians and private parties.

Known especially for his chamber music and vocal music, he was the Featured Guest Composer at the Fifth Annual Fresno New Music Festival in 2010, and in 2007, the University of California at Irvine’s voice department presented a residency and recital, “California Singing: the Songs of Mark Carlson,” the first of a proposed annual event.  Recent European performances have taken place in Wroclaw, Poland, Madrid, Spain, Saarbrücken, Germany, and Jastrebarsko, Croatia.

Carlson is the Founder and Artistic Director of the Los Angeles chamber music ensemble Pacific Serenades, which as of the end of its 26th season has commissioned and premiered 106 works by composers living in or with strong ties to Southern California.  He recently retired as a flutist after many years of performing primarily chamber music, much of which was written especially for him.

He has taught music theory and composition at UCLA for 22 years and also taught at Santa Monica College for 15 years.

Born in 1952 in Ft. Lewis, Washington, Carlson grew up in California, attended the University of Redlands, graduated from CSU Fresno, and received MA and PhD degrees in composition from UCLA.  His principal teachers were Alden Ashforth and Paul Reale (composition) and Roger Stevens (flute). www.markcarlsonmusic.com