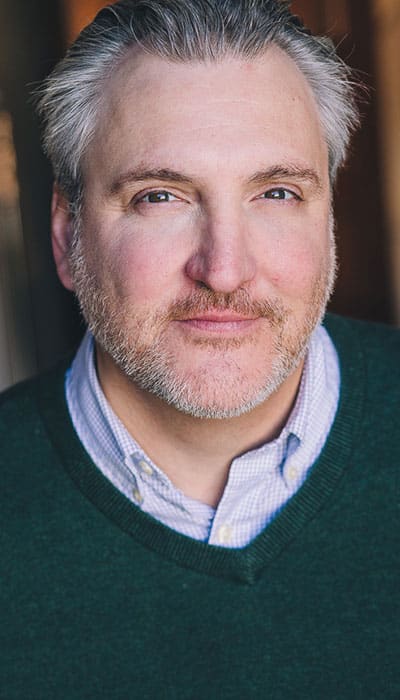 Michael McCartney has worked in production and design for over 25 years. At Skidmore College he was employed on the production team in the theater department doing lights, sound and set, as he earned his Bachelor’s Degree in Acting. In LA, Michael was on the production design team for Tom Hammock (YOU’RE NEXT, GODZILLA VS. KING KONG) on several commercials and films including ANGEL OF DEATH. Michael went on to become the Theater Operations Specialist, designing and managing the theater at Beverly Hills High School, and for theaters in the BHUSD. He then moved to the New York Film Academy where he taught BFA and MFA levels classes in Acting, Screenwriting, Filmmaking and Production Design, as well as being the Interim Chair on the Australian campus. Most recently, Michael wrote, produced and directed the feature film ROOMMATE WANTED which played at many film festivals including: Salem Horror Film Festival, Bahamas International Film Festival and Shriekfest, until it was released in January 2022 by Indican Pictures.  Michael also wrote, directed, produced and starred in the comedy web series THE MILLIONAIRES, currently available  on Amazon Prime. As an actor Michael has performed in films including: HALLOWEEN: RESURRECTION, THE LAST SURVIVORS and THE LAST SON. Television credits include: LAW & ORDER, THE OFFICE and GASLIT.  Theater credits include: Warriors, Pilgrims and It Is Done (voted one of the top ten plays by the Huffington Post). Michael is an award winning screenwriter with scripts in development and that have been recognized in fellowships and festivals such as, the Nicholl Fellowship, Austin Film Festival, Napa Valley Film Festival, Crimson Horror Film Festival and Shriekfest. Until recently, Michael was the Artistic Director and helped launch the Sleepy Hollow International Film Festival.