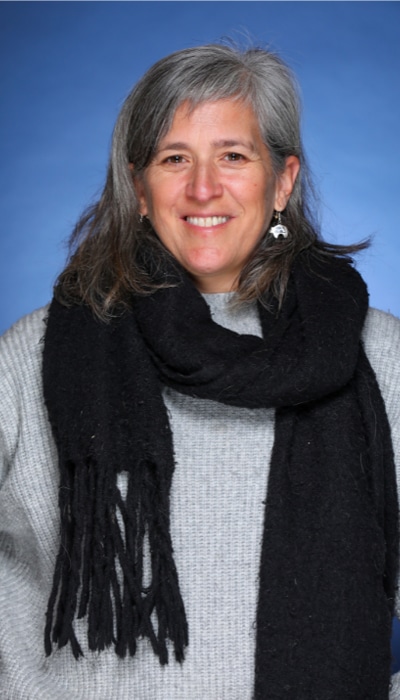 Born in Montreal, Sarah Steben grew up as one of the twin daughters of a show business dad whose popular kids TV show was a Québecoise favorite for a generation of French speaking Canadians. At Idyllwild Arts, Sarah brings her experience from a stellar career as an international performing arts veteran into the classroom. Being raised in the shadow of the famous Cirque du Soliel’s big top provided the opportunity for Sarah and her sister Karyne to become circus royalty as leads in a featured act. Today the Steben Twins are regarded as beloved daughters of Canada for the global esteem they garnered entertaining millions of audience members around the world with the touring Saltimbanco and as original cast members in the permanent Las Vegas spectacular O at the Bellagio. Steben has also worked as a muse for the preeminent fine art video pioneer Bill Viola on a series of large scale video dance performances. She is featured as one of his central actors in pieces like Visions of Time, Emergence, and Martyrs, a slow motion study of martyrs in four elements, in exhibits at the Venice Biennale, Guggenheim Museum Bilbao, and the Tate Modern. Perhaps the most famous of these collaborations was the LA symphony’s performance of Wagner’s Tristan und Isolde, where Steben was featured as the lead (Isolde) in the big screen video backdrop to the orchestra.

When Steben left the circus after years of globe-trotting, she was almost immediately chosen as a supporting actress lead in the HBO series Carnivàle. After the series, she fell in love and began to raise a family in Los Angeles while shifting her career from onstage performance to artistic direction and choreography. Nowadays, when not teaching Sarah can be found to be producing, co-directing and editing a short film described as her ‘last performance’ on trapeze with her sister. Shot on location near the IAA campus, the twins captured their signature act one final time for a series of Dance film festival submissions. She lives with her partner and their son in nearby Mountain Center where she is training to become a motivational speaker on issues surrounding learning disabilities, drawing from her personal experience with Tourette Syndrome.