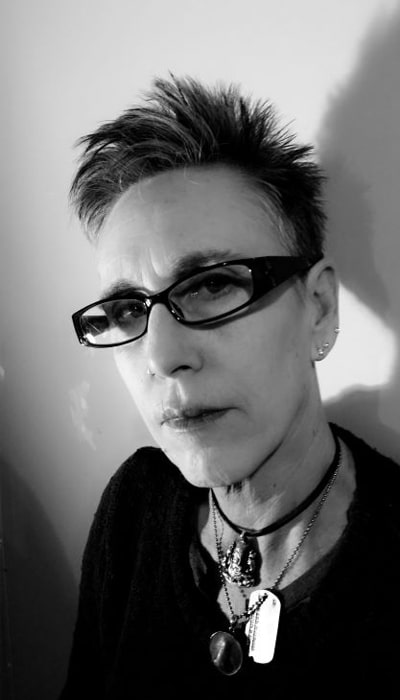 Stephanie Gilliland is a seasoned artist and arts educator working for  over thirty years as a choreographer, composer, film maker, performer and  teacher. Since 1977 she has co-founded two dance collectives and  created her own dance companies in New York and Southern California,  most notably, TONGUE/contemporary dance based in Los Angeles  from1996 to 2006.

Committed to experimentation, exploration and deep creative  process, Gilliland has developed her own movement system and approach  to choreography which continues to evolve and grow in collaboration with  her dancers and students. She has choreographed and produced  numerous concerts and evening length works and has been presented  throughout the United States and abroad including Scotland, Mexico, the  Soviet Union and Canada. In Los Angeles, Gilliland was presented in a  wide variety of venues including Highways Performance Space, the  Luckman Theatre and the Getty Center.

Gilliland is the recipient of a Creativity Grant from the National  Endowment for the Arts, a Dance Maker Grant from the James Irvine  foundation and three Lester Horton awards for choreography and  outstanding performance by a company. Her work has been supported by  numerous organizations including Dance USA, the Durfee Foundation, Los  Angeles Cultural Affairs and the California Arts Council.

Gilliland began her teaching career in1980 and has served on the  dance faculties of UC Riverside, UC Irvine, Loyola Marymount University,  Mt San Jacinto College, Riverside Community College and the Idyllwild  Arts Academy. An advocate for dancers and emerging artists Gilliland has  a strong commitment to teaching and community outreach and has been  offering free community classes since1996.

In 2014 Gilliland and Lauren Smith formed Tongue Dance Project.  Later joined by Adrianna Audoma, the three opened Floor Center for  Dance in St. Johns in 2018. While Floor did not survive the pandemic,  many wonderful classes, workshops and events took place, including In  the Rough, a new works in progress performance series that Tongue plans  on continuing to produce.

Over the past ten years Gilliland has spent her summers in Portland  working with local dance artists, offering community class and occasional  performances. Now a full time Portland resident she is looking forward to  developing Tongue Dance Project, working towards creating opportunities  for local dance artists and contributing to the growth of a vibrant dance  community.