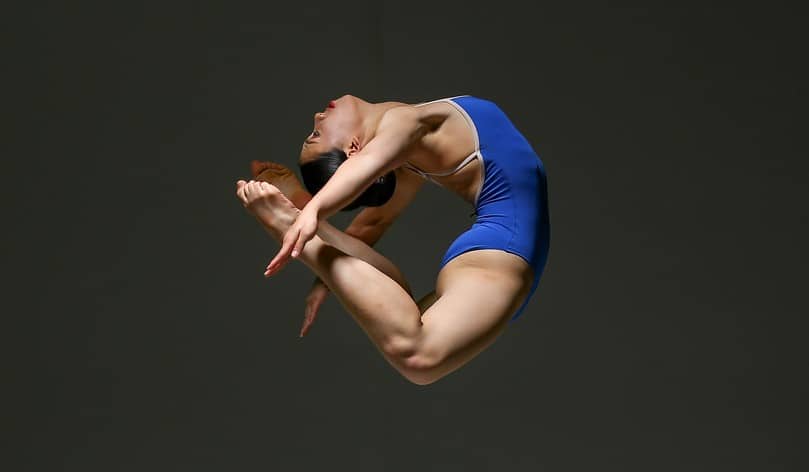 Among the many honors earned by Idyllwild Arts Academy’s graduating seniors, three stand out: the Richard H. MacNeal Award, Valedictorian, and the Outstanding Artist Award. In this very difficult year, those honors go, respectively, to Aurora Winger, Kelly Chen, and Michael Dunaevsky. Their achievements serve as reminders of how the Idyllwild Arts campus, as beautiful as it is, is made even more beautiful by the presence of the Academy’s young citizen artists—and of how eager the community is to welcome the students back once the threat posed by COVID-19 has been brought under control.

Aurora, a Theatre major who lives in Ogden, Utah, was profiled here in December 2018. She is winner of the Richard H. MacNeal Award, given to the senior who has excelled most in all aspects of the Academy mission: arts, academics, and personal growth.

In 2018 she explained that despite her love of acting, her goal was to become a stage manager, “taking care of all that you forget happens in theatre: budgeting, the tech stuff. . . organizing rehearsals, dealing with the actors’ issues. . . if somebody’s sick or has to go to a funeral. . . and basically just making whatever the director wants happen.”

That hasn’t changed. She has played lead roles in a handful of short films made by the Academy’s Film and Digital Media students. But in the fall, when Aurora begins her studies at Fordham University, in New York, her major will be Design and Production, with an emphasis on Stage Management and Lighting Design.

She hopes that “Everyone at Idyllwild Arts has happy memories about her positive energy and happy and uplifting personality.” It’s certain that the memories of her will be good, and that she’ll generate many more happy memories in Fordham’s Theatre Department.

And this summer, vacationing with her family in Utah’s breathtaking national and state parks, she’ll generate other fond memories among the residents of the lakes in those parks—if fish have memories.

“My family loves fishing and I love being with them on the lakes,” Aurora laughs. “But I don’t use a hook because I don’t want to hurt the fish. I only use a sinker!”

The Academy’s 2020 Valedictorian, Kelly Chen, a Dance major, has excelled academically despite coming to Idyllwild Arts from Taiwan, still needing English as a Second Language support, for ninth grade in 2016. Kelly, born Ying-Chu, interviewed for this story from her home country, widely praised for its handling of the coronavirus pandemic.

“Nothing is locked down and life is normal here,” she said at a time when, in California, all the measures associated with Governor Gavin Newsom’s stay-at-home order remained in effect. “So my own life is normal except that I’m not going to school.”

She meant that she wasn’t leaving her parents’ apartment to attend school, since all Idyllwild Arts classes had been moved online. She felt she’d adjusted well to online classes even though there were challenges.

“Finishing my piece for the Student Choreography Concert, which all junior and senior Dance majors are required to choreograph for, has been very hard.”

Her piece has only one dancer, Mariana Ballesteros, who lives in Michoacán, in Mexico.

“Mariana has really bad WiFi at her house,” she says. “I’ve had to send her the video of me dancing the piece, and then go back and forth with her by sending texts—so many texts!—until she had it the way I wanted it. It’s a three-minute piece, but editing the video of her dancing it has probably taken four hours!”

Doing her dance classes at home in Taiwan in the apartment has been all right, since “we have no couches, so there’s a lot of floor space. For the barre, I use a dresser.”

Assuming the U.S. will be safe to come back to this fall, she will be in Dallas, at Southern Methodist University.

“SMU has made me a Presidential Scholar, so I’ll be there on a full ride, doing a double major in Dance and Mechanical Engineering.”

The central theme of her planned Valedictorian’s speech at the Idyllwild Arts commencement exercises, on May 22, was “Don’t stop until you’re proud,” reflecting her own determination to work hard at everything she does, whether artistic or academic, in order to perfect it.

You wonder how many other choreographers would have stopped after half an hour of editing the dance video mentioned earlier. But Kelly Chen has always been willing to put in the extra time.

As for the Academy’s Outstanding Artist for 2020, pianist Michael Dunaevsky extends the Music Department’s streak of producing the award winner to four years.

Michael, who begins his studies at The New School, in New York, this fall, began playing piano at age six. He enjoyed it right away, and was already thinking by the time he was eight or nine that it was something he “might want to make a life of.”

Like most young pianists, he started with classical piano. But he always played solo.

“Then, in ninth grade, I began playing jazz. I loved two things about it: the freedom to improvise, and the camaraderie.”

His appetite for jazz is voracious and his understanding of the possibilities of jazz is generous.

“There’s no jazz genre that I’ll ever prefer to the others,” he says. “All jazz is amazing.”

During his freshman year at Santiago High School, in Corona, California, he wasn’t getting much of a taste of East Coast winter, of course. But that’s where Michael enjoyed his first taste of the freedom and camaraderie of jazz. And that first taste, courtesy of playing with Santiago High’s jazz band, whetted his appetite for learning from Idyllwild Arts master jazz teachers, including Marshall Hawkins and Paul Carman.

His ongoing jazz education also involves learning from recordings by great pianists like McCoy Tyner and the late Bill Evans, as well as from Tyner’s bandleader during the early Sixties, the legendary saxophonist and composer John Coltrane.

“John Coltrane is definitely an inspiration to me,” he says.

Aurora Winger, Kelly Chen, and Michael Dunaevsky have been inspirations at Idyllwild Arts.