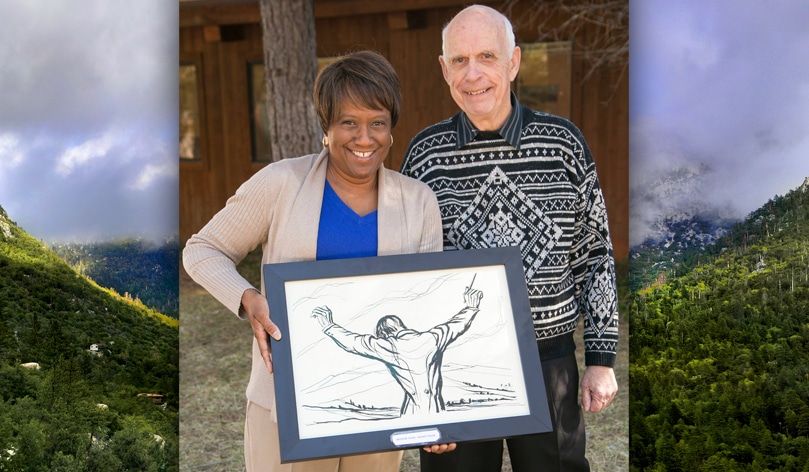 We were saddened to learn that Dr. Robert (Bob) Krone passed away on September 15, after a brief battle with malignant mesothelioma. With Bob’s passing, we are reminded of the enduring legacy of his parents, Max and Beatrice (Bee) Krone, the founding family of Idyllwild School of Music and the Arts (ISOMATA), the former name of Idyllwild Arts.

Bob had an illustrious career and worked until his health took a turn just a few months ago. He served as President of the Kepler Space Institute and was a global educator, author, and consultant in Advanced Management theory and practice. He was Emeritus Professor of the University of Southern California, Distinguished Visiting Professor in the School of Business at La Sierra University in Riverside, and Adjunct Professor for Doctoral Programs in the International Graduate School of Business at the University of South Australia. He authored or co-authored six books and seventy professional journal articles.

Bob was involved with Idyllwild Arts in its earliest years. As a student of cinema at USC, Bob created the “Ballad of Idyllwild,” the first film for ISOMATA.

Just a few months ago, Bob shared memories from Max and Bee and others regarding the founding and importance of Idyllwild Arts. Bob’s passing has reminded me of one of the passages he shared:

“They ask, How did ISOMATA come about?
First you dream, small dreams, because there is a need.
Then the dreams grow and expand,
Because  other people believe in them too.
Then you hold fast to them during problems, uncertainties and  disappointments.
But the problems bring risks and challenges, and solutions.
And finally the new dreams, born of the small ones, are big and unlimited.”
– Bee  Krone, May 29, 1983

Bob remained active with Idyllwild Arts, serving on the Board of Trustees, the Foundation Council, and the Associates of Idyllwild Arts Foundation until his passing. He and his wife, Salena, often attended Idyllwild Arts events and enjoyed being present for commencement ceremonies in the beautiful Robert Holmes Amphitheatre on campus.

A memorial service will be held in Memorial Grove on the Idyllwild Arts campus when we are able to gather safely.

Portrait of a Visual Arts Teacher

David Reid-Marr's schedule remains full even in semi-retirement. Two years after stepping down as Chair…