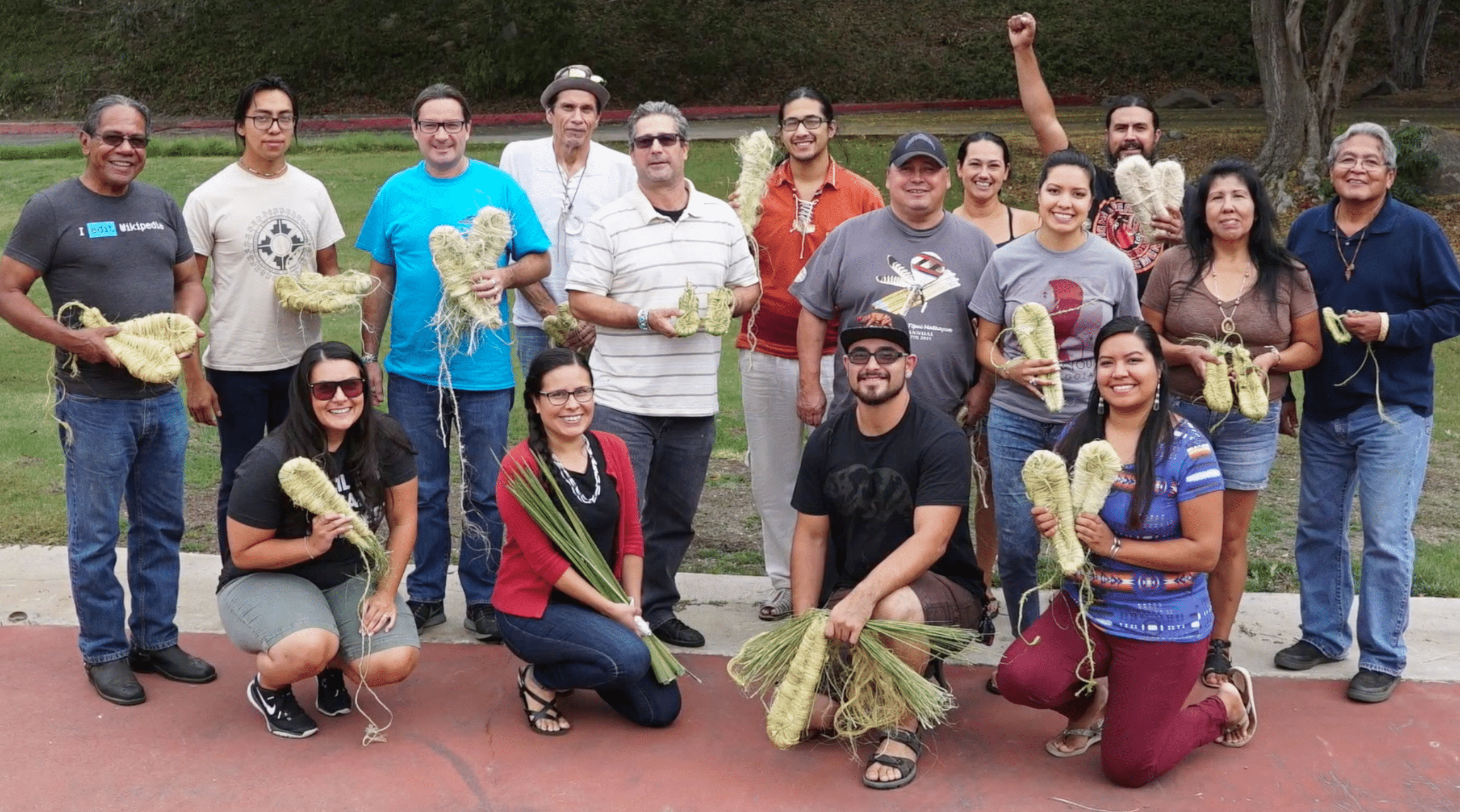 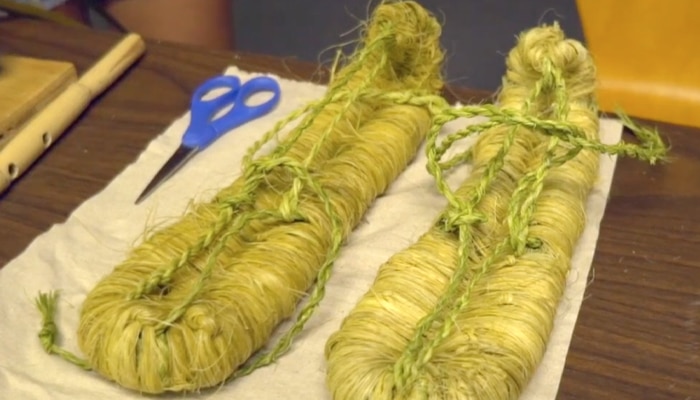 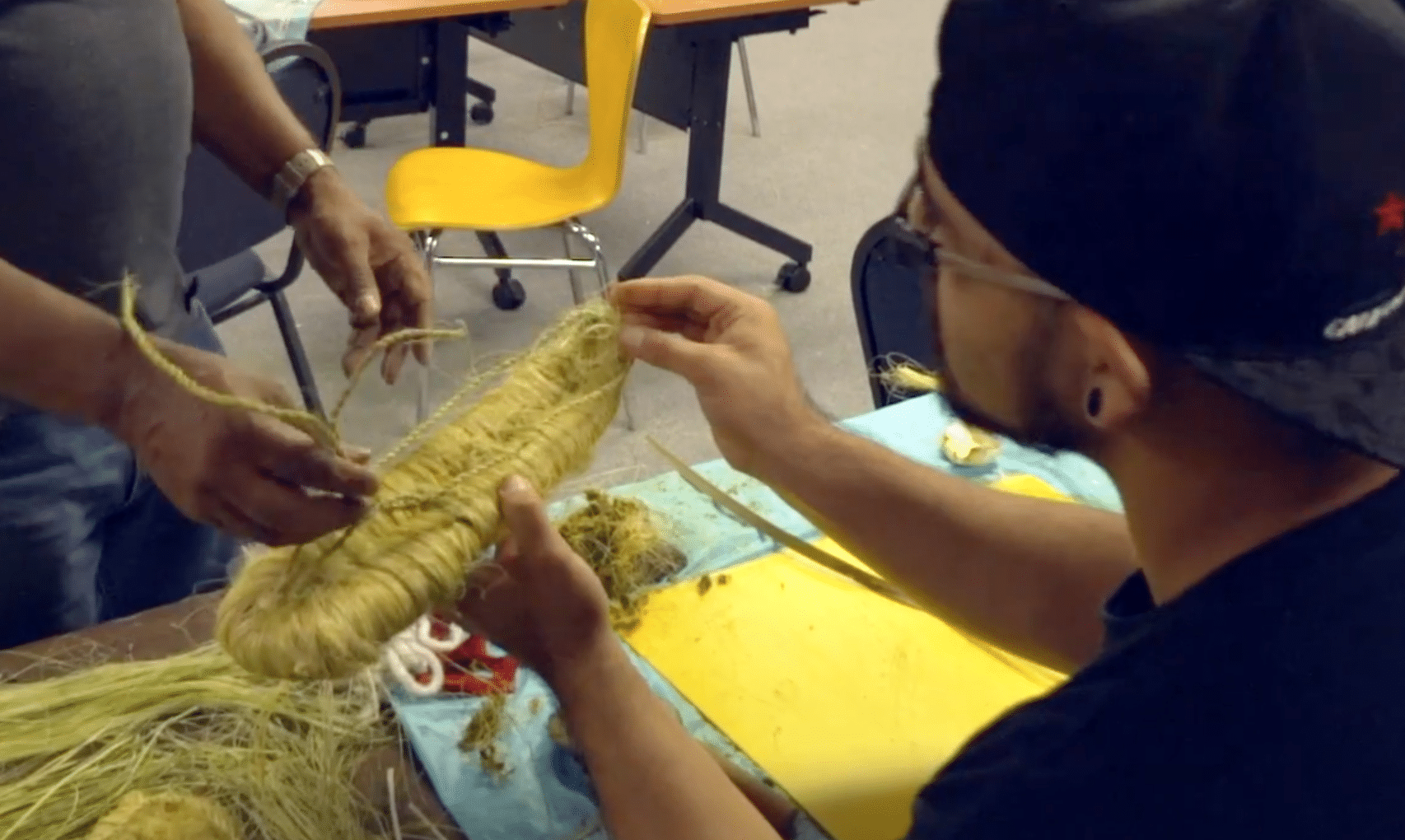 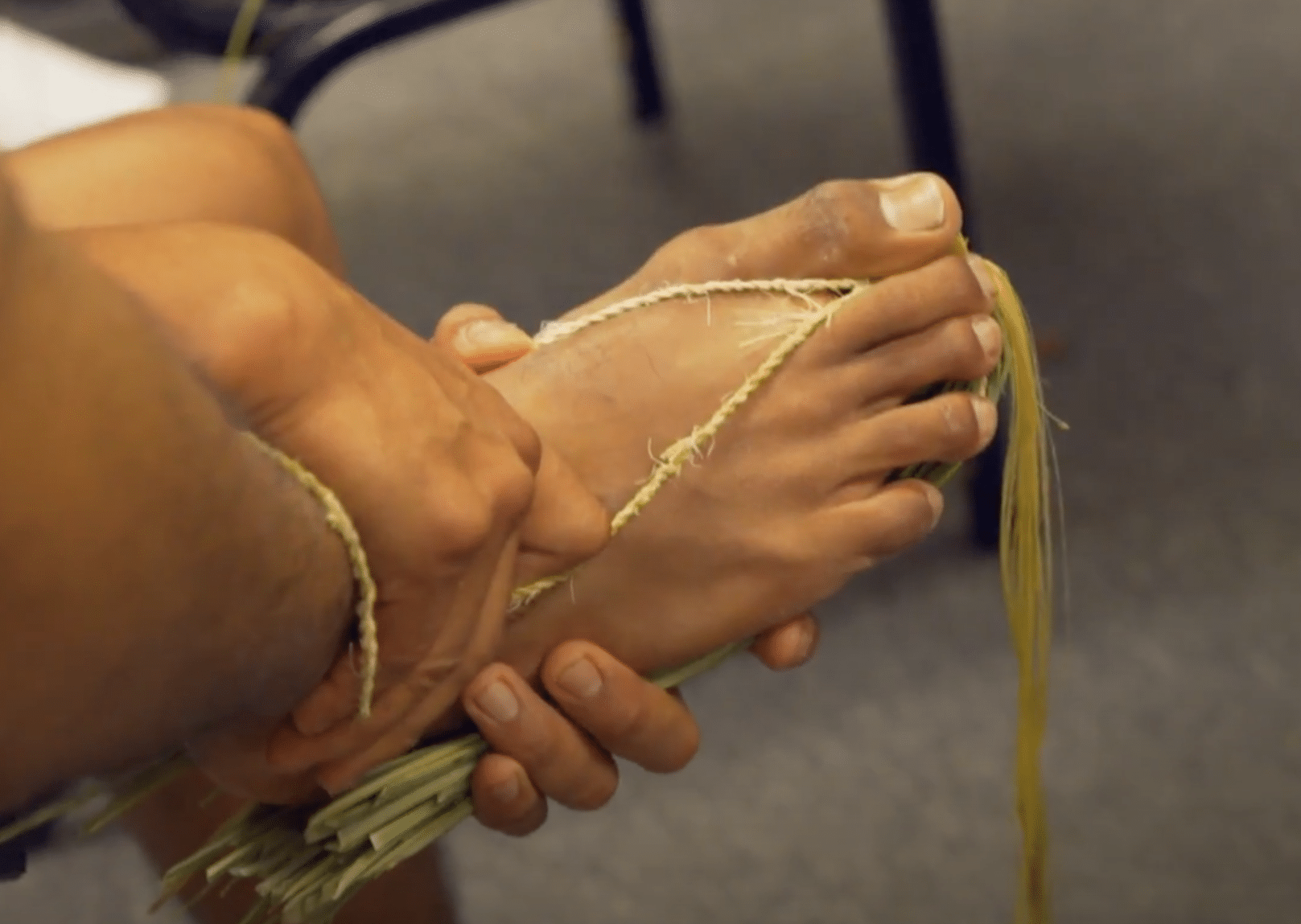 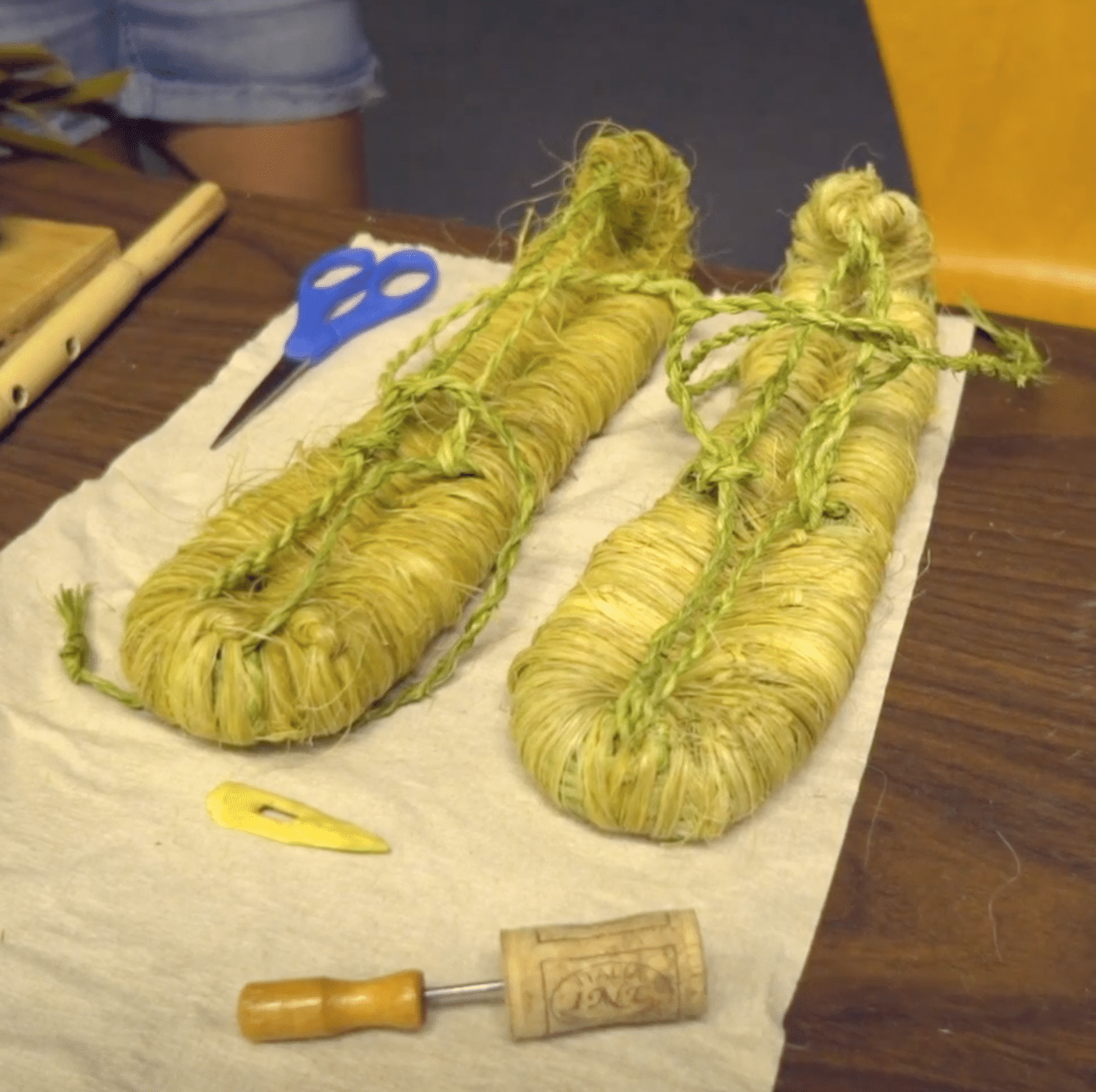 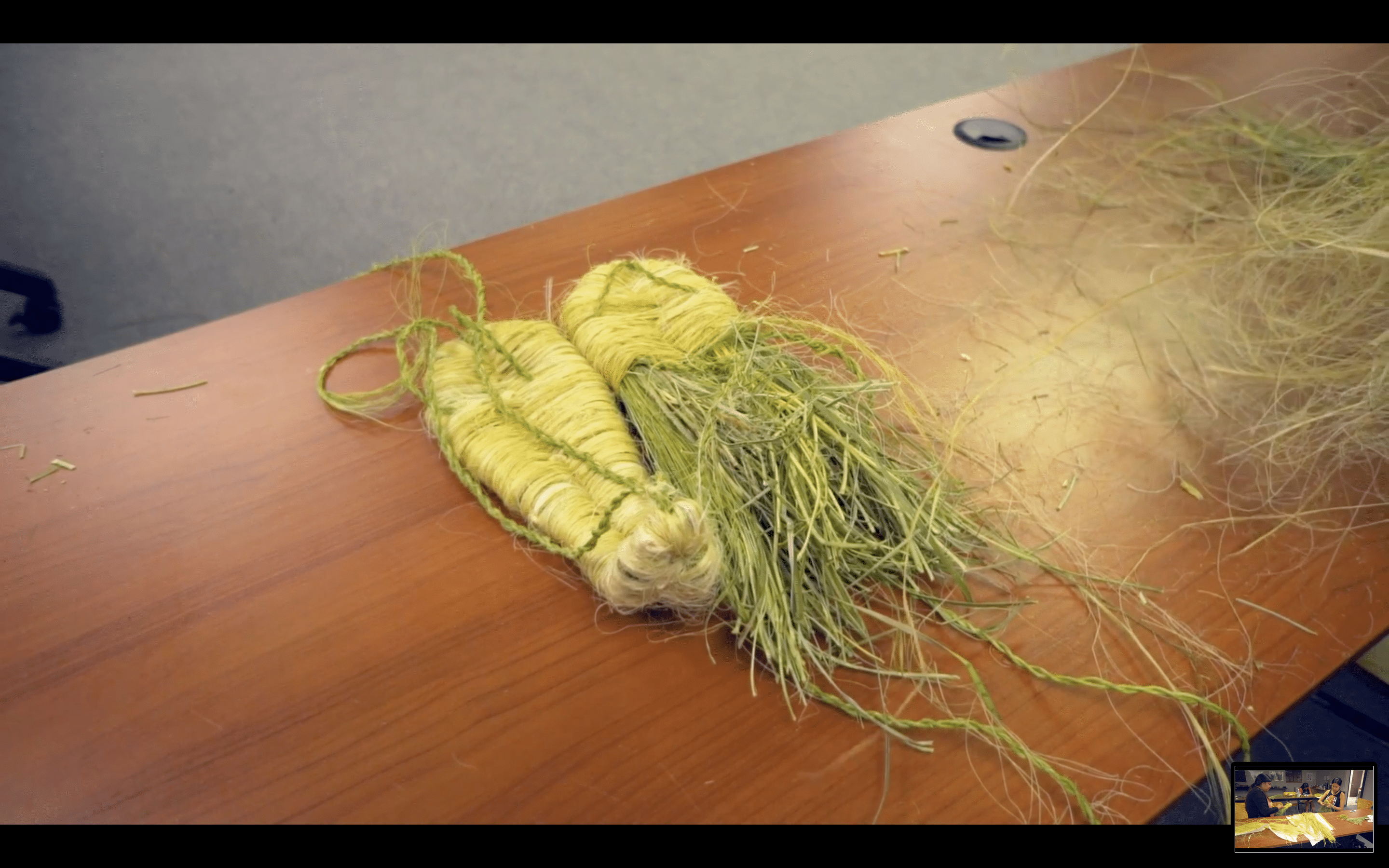 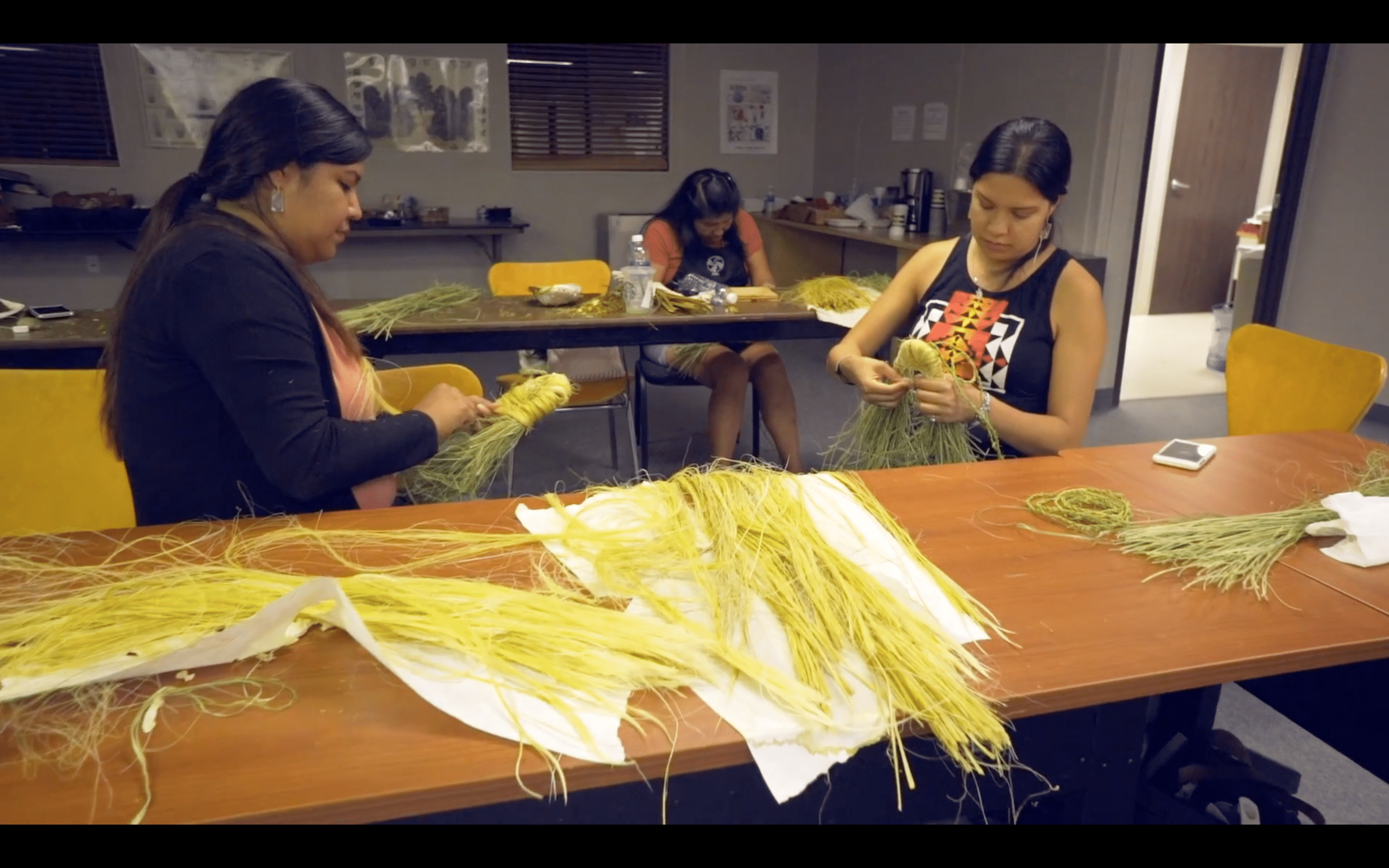 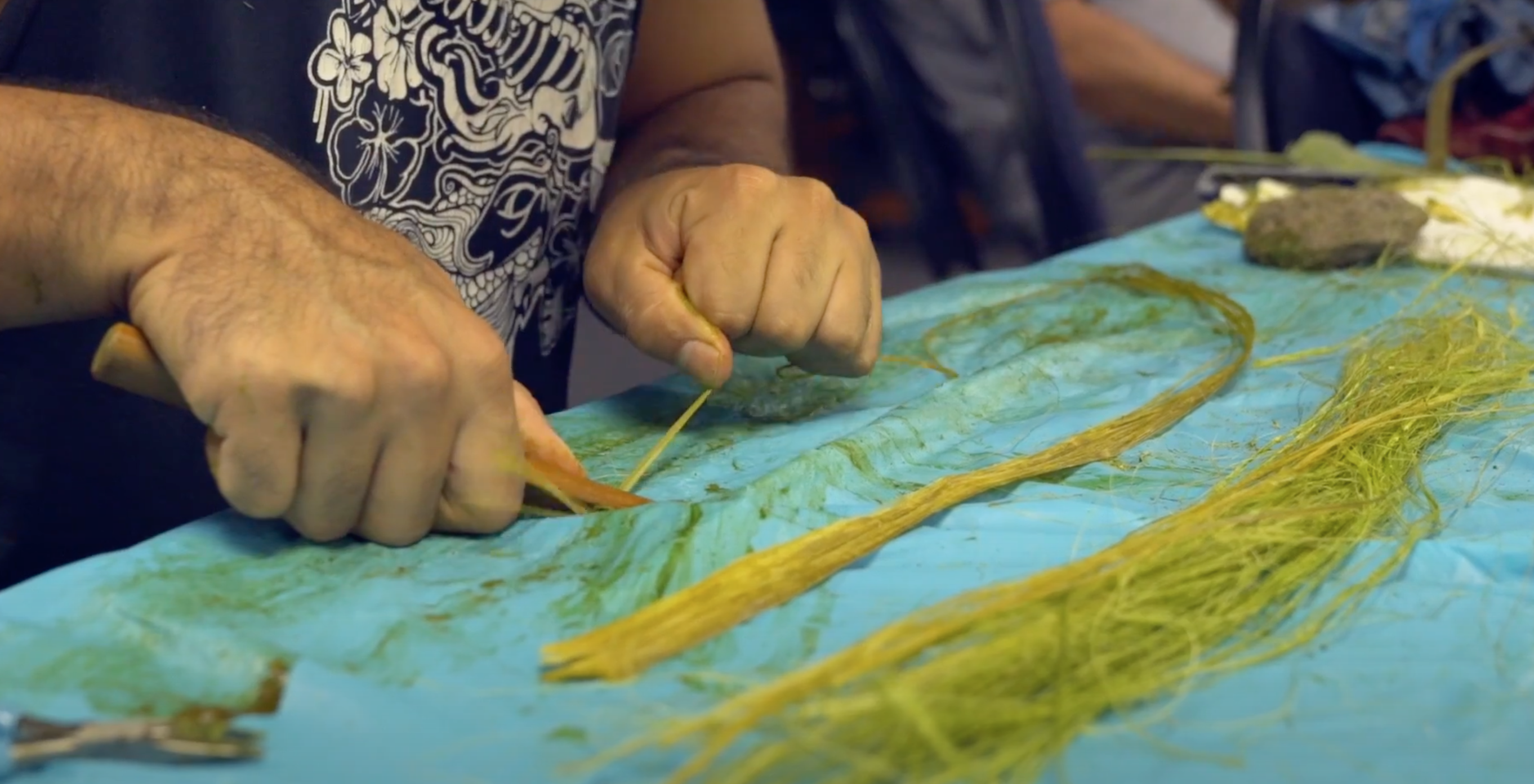 In this five day workshop you will learn how to create Yucca fiber sandals and Nets. Southwest desert climates are known for extremes in temperatures and terrain. The use of Yucca has provided Indigenous people a way to live in harmony with the land since the beginning of time. The Yucca plant is a very sacred plant to all Southwest tribes and especially to the Kumeyaay. In this workshop you will learn the process of how to construct your own pair of Yucca sandals as well as how to produce netting. Stanley Rodriguez will also share the cultural significance of the Yucca plant, how it is to be treated and harvested and share about efforts to protect this sacred plant.

On day one you will learn about the Kumeyaay people and about plants, especially the yucca plant, that are important to survival. You will start working with yucca, creating cordage

On days two, three and four you will continue to process yucca fibers into cordage for both the sandals and netting. You will start to construct and weave both projects. On the fifth and final day you will finish up your projects and try on your newly made sandals. Everyday of class Stanley will teach and share about Kumeyaay culture and share insights into how to produce other materials and tools using Yucca fibers.

Stanley Rodriquez (Kumeyaay), member of the Kumeyaay Santa Ysabel Band of the Iipay Nation is an educator, language teacher, and tribal singer. He is an advocate for his community’s culture and traditions and serves in a number of advising and teaching roles in the San Diego and Native Kumeyaay communities. He has held the elected position of legislator for the Santa Ysabel Tribe of the Iipay Nation. Stanley is a US Navy veteran, has an MA in Human Behavior worked as a Drug and Alcohol Abuse Counselor and now teaches full time, having just completed his PhD in Higher Education from UCSD.

Stan Rodriguez learned from his Grandmother and other Kumeyaay Elders the methods and culture. Rodriguez sits on the board of a group whose vision is to strengthen language and cultural revitalization, known as the Advocates for Indigenous California Language Survival. Rodriguez has been teaching Kumeyaay language classes at Kumeyaay Community College on the Sycuan Reservation since 2000. The college is open to Native and non-Native students. Rodriguez does this work in an effort to bring Native American culture to any willing to learn. He has taught workshops at the Northwest Indian Language Institute, and he has been supported by the Alliance for California Traditional Arts in his efforts to learn traditional song cycles, such as Wild Cat, from master artists. Rodriguez regularly performs and provides demonstrations of tribal songs, games, traditional tool making, and structure building.

Generous donors have made scholarships and fellowships for adult workshops available on a limited basis for these specific groups:

Scholarships include tuition, dorm housing, and all meals provided by the campus dining service.

Enrollment is limited to 12 students.