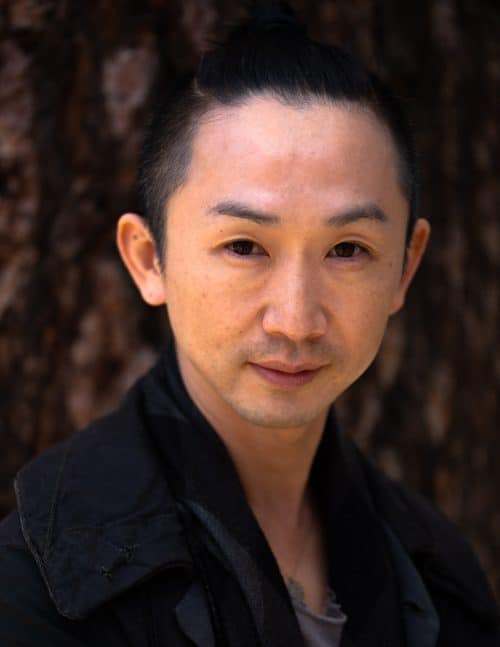 “I feel very natural in education,” says Kentaro Kameyama. “Teachers are so important. I respect all of them.”

He is explaining his decision to accept an offer to become Chair of Idyllwild Arts Academy’s Fashion Design Department. The decision requires an explanation. As his own website notes, without exaggeration, he had found himself suddenly “the newest member of fashion’s ‘in’ crowd as the winner of season 16 of Lifetime’s Emmy-nominated series Project Runway.” As Julie Pendray, the fashion writer for Palm Springs Life put it, his designs, which “are often streamlined, understated, and neutral yet display sudden bursts of outlandish whimsy,” would “take New York Fashion Week by storm.”

His decision to teach at a high school — even one as extraordinary as Idyllwild Arts Academy — would not have been anticipated by other members of fashion’s ‘in’ crowd. “That’s all right,” he laughs. “I’m not interested in the idea that people have about a fashion designer’s cool lifestyle. I want to inspire young people, like my teachers inspired me. You know, I hold several degrees and certificates, so I’ve had the good luck to be inspired by many teachers!” 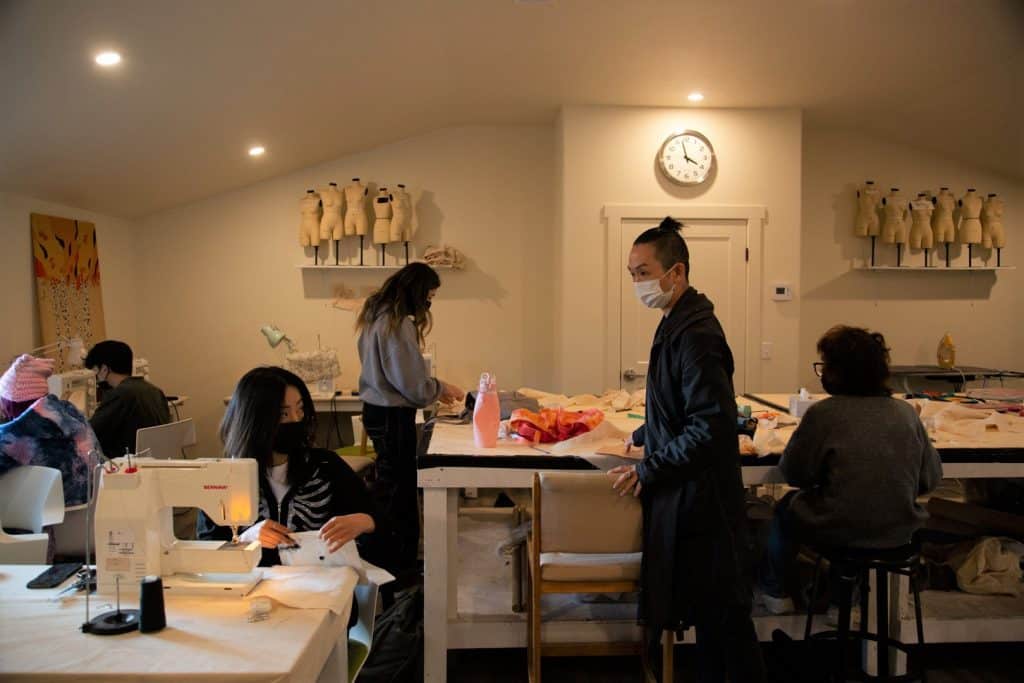 He has earned a teaching certificate in his native Japan, and the demonstration class that he taught as part of the Academy’s job interview process, in April, was superb. Apparently, he did not disappoint the Fashion Design student who, according to an observing Idyllwild Arts faculty member, was so moved to see that Kameyama would be her teacher for the day that she wept.

Yet, astonishingly, his diplomas and certificates from four different American universities are in music and in piano performance. He began playing piano at age three but he did not take up fashion design until he was already in his mid-thirties. This, too, requires explanation.

“It’s true that in fashion design I’m almost entirely self-taught. But I’ve been a fashionista since I was quite young. I was always fashion-conscious, and people would notice how I dressed. Then one day, not even ten years ago, I suddenly asked myself what it would be like to die, knowing that I had never tried fashion design. I didn’t like the answer!”

Kameyama had not expected to win Project Runway.

“All of the other contestants had more experience, so I could only design what came to me spontaneously. It’s difficult to explain, but classical music is somehow the basis of my designs. My fashion shows follow the structures of classical music.”

He told the Palm Springs Life writer that classical music “has dynamics but also ‘peaceful ocean’” and added that “Sometimes the music might slow down to welcome the biggest moment, like with pianissimo.”

His activity as a composer points to the depth of his musical inspiration. He has written a musical about the legendary fashion designer Alexander McQueen and another about the monster of ancient Greek myth, Medusa. Currently, he is writing a tragic opera based on a centuries-old Japanese tale of a princess who falls in love with a monk.

Kameyama’s enthusiasm for Idyllwild Arts is also rooted in his knowledge that he can inspire so many young fashion hopefuls. For example, Pin-Hsuan Chen, from Taiwan, who prefers to be called “Rebecca” in the United States, won a handful of Gold and Silver Keys in Fashion and Jewelry Making in the 2022 Scholastic Art & Writing Awards competition. Rebecca is a graduating senior, headed this fall to Parsons School of Design at The New School, on a scholarship. Her achievements exemplify the outstanding talent that Kameyama will be able to work with at Idyllwild Arts Academy. 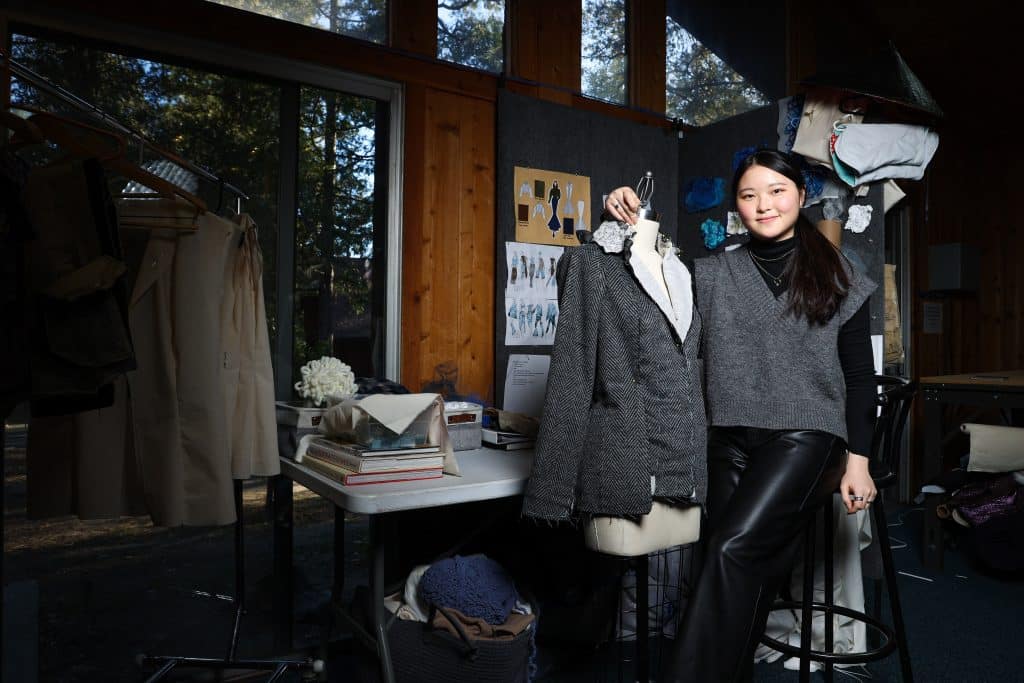 Rebecca’s final major project was directing last month’s Spring Fashion Show, La mémoire (“memory”). She explains that directing is “mostly about communication” with the designers and models. She decided the order of presentation of the pieces in collaboration with Fashion Design teacher Minnie Walters. She also chose the venue, the set design, and, in collaboration with fellow student Aaron Kim, the music. Calling this a major project is an understatement, since Rebecca worked with about twenty designers. Including the models, she worked with a total of some fifty-five students.

She designs primarily, though not exclusively, for women. She favors elegance and practicality and she strives to express a strong, independent femininity. She loves the work of Alexander McQueen, Iris van Herpen, and Robert Wun.

Enjoy these images of the show to be persuaded that at Idyllwild Arts, Kentaro Kameyama will undoubtedly inspire the next generation of McQueens, van Herpens, and Wuns. 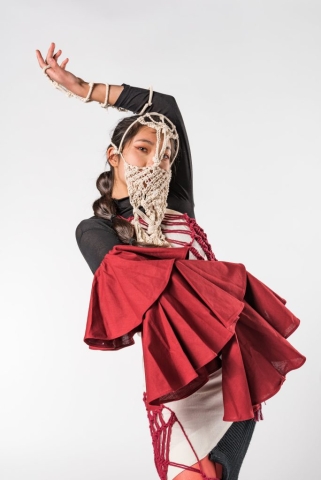 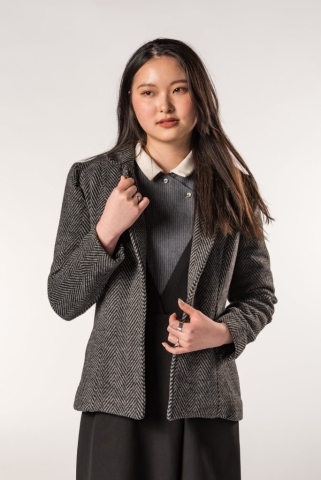 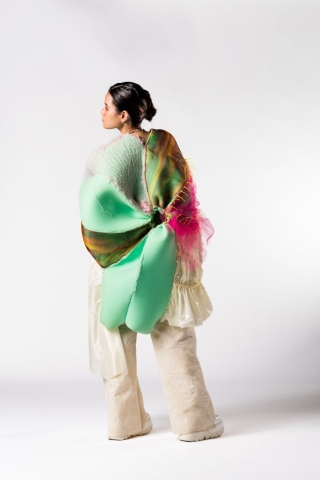 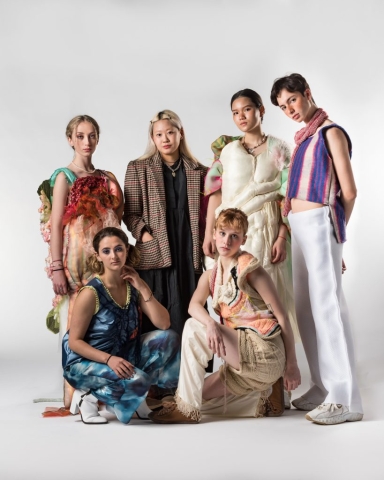 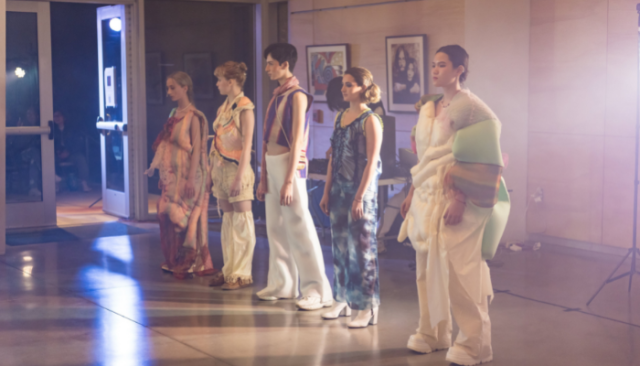 Fashion with No Name