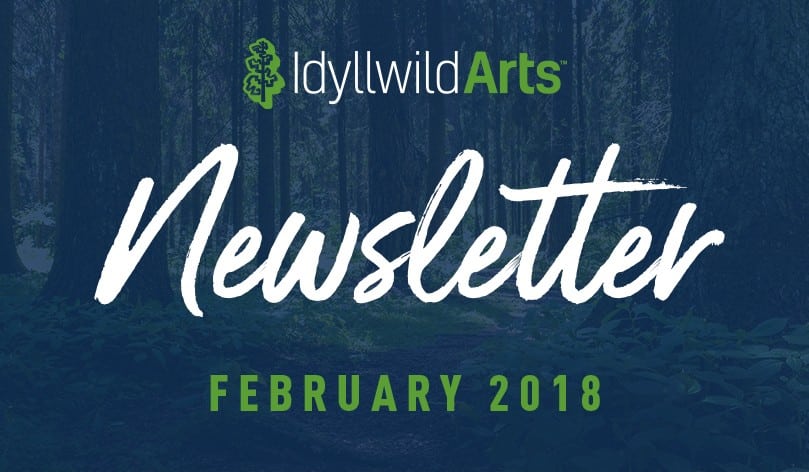 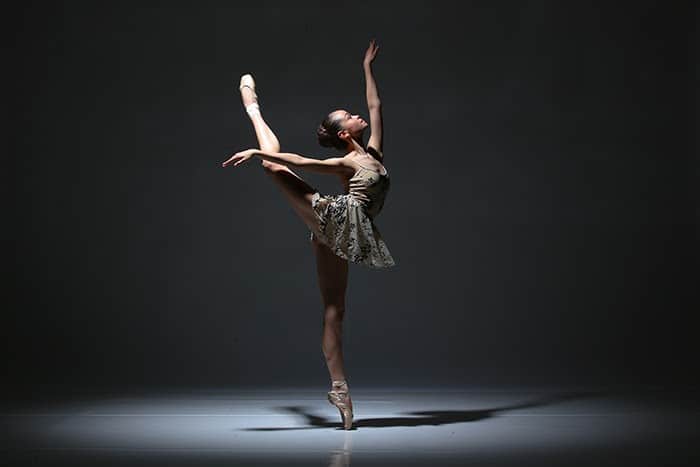 Sofia Tellez Marquez didn’t understand when asked if she felt she’d drawn the short straw. The expression probably isn’t used in Mexico, and she comes from Torreón, in the state of Coahuila. Sofia had been asked to learn the choreography for “Waiting for the Sunlight” the night before performing it at the Standing on the Edge youth choreography festival, in Burbank last month.

That’s what she and Fabio did by winning the Standing on the Edge festival’s first prize in the solo/duet category for their Academy classmate Carlos Martinez Espinosa’s choreography. 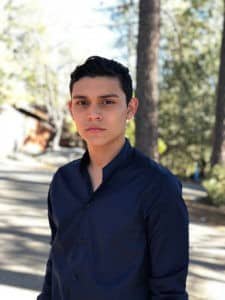 The Dance Department, like the entire Academy, is astonishingly international. Denmark’s Victoria Koberg had partnered with Fabio in previous “Waiting for the Sunlight” performances, but illness sidelined her in Burbank.

What had determined the choice of Sofia, among all the Academy’s female dancers, to take lemons and make lemonade by learning the nearly six minutes of steps in Carlos’s work in one night? She and Fabio exchange a look.

“Carlos wanted her,” a smiling Fabio says. “And he’s really good, so he gets what he wants.”

Yet the fact that Carlos wanted Sofia and Fabio for his dance implies that they are also really good.

“I was four when I started ballet lessons,” Sofia says. Fabio started even younger: “I was three when I began hip-hop lessons” in the Mexican state of Morelos.

“I love dancing and I’d also like to do some acting,” Sofia says, and Fabio adds that “I dream of being onstage.”

Not a Shepherd’s Daughter?

First, let me tell you whom you have condemn’d:
Not me begotten of a shepherd swain,
But issued from the progeny of kings. . .

Joan of Arc had just been assured by her English captors that she is “condemn’d to burn.” 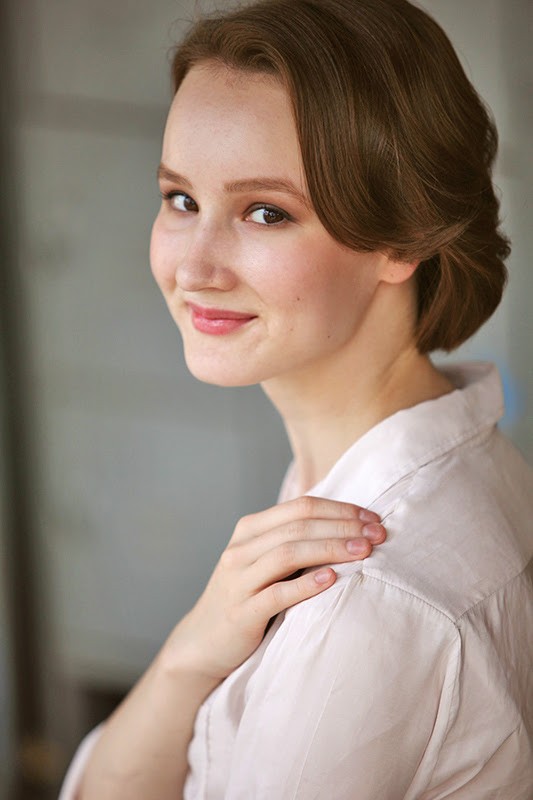 Joan’s monologue from Part I of Shakespeare’s Henry VI, delivered in defeat, may seem like a strange choice for an actor seeking victory. Yet Idyllwild Arts Academy’s twelfth-grade Theatre major Emilia Koho was doing that when she performed the monologue in competition with her classmates for The English-Speaking Union’s National Shakespeare Competition, winning the right to advance to the March 2 regional finals in Palm Springs. Victory there will take her to New York for the National Competition.

Emilia says “I love the character: her strength, her courage, her willingness to answer her calling–and she was just a shepherd’s daughter.”

A shepherd’s daughter: not what she told her captors. However, Joan’s calling had transformed her. Emilia, a Finn whose first language is not English, appreciates the transformative power of a calling–in her case, to the stage.

“When I perform in English, I still have to do a lot of translating into my own language.”

But many native English speakers struggle to translate Shakespeare into their own modern language. Emilia points out that the actor must help them.

“To help the audience understand Shakespeare, you look for the emotional changes and represent them with your voice and your physicality.”

Emotional changes are also something Emilia knows about, while downplaying the homesickness she experienced after starting at the Academy as an eleventh-grader.

“I got over it pretty quickly.”

Nevertheless, all her preferences for college–in Wales, Scotland, and England–would put her much closer to Finland than Southern California is. She loves Idyllwild, but admits that “Europe feels more like home.” 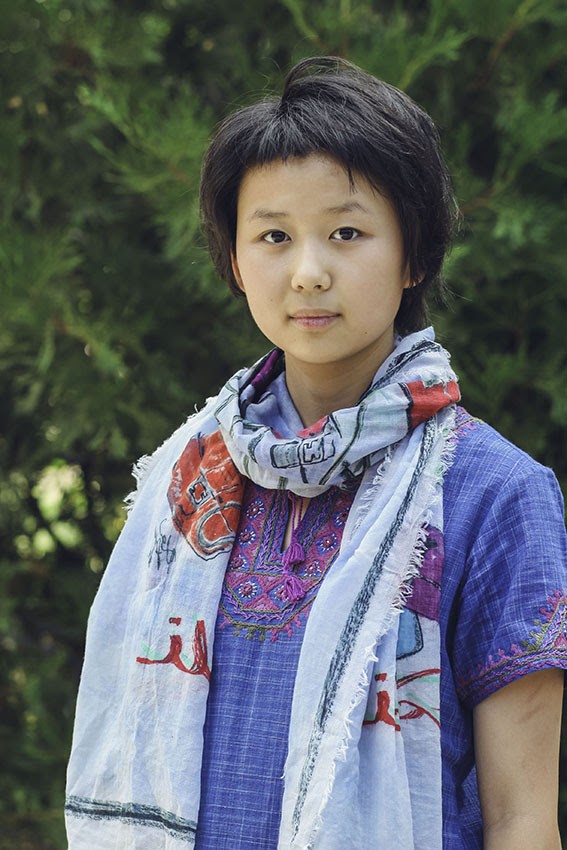 Ziyuan Tao, known as “Tiva,” pauses to loosen the scarf tied around her neck. Its ends dangle far down either side of her torso.

“I’ve changed my proposal for the Senior Show a lot and it’s been a struggle for me.”

Tiva’s interviewer is surprised to hear that this hurdle, which every one of Idyllwild Arts Academy’s graduating Visual Arts majors must clear, has seemed so tall to the four-year senior from Beijing. Department Chair David Reid-Marr had not hesitated to say “Tiva” when the interviewer asked him to name the department’s standout.

“But I don’t want to define myself by a single personality or style,” she says.

And a big show, like the Senior Show, might threaten to produce that effect. Just as actors often become typecast in certain kinds of roles, we can expect visual artists to keep delivering the same goods: we want another voluptuous nude from Rubens, another dancer absorbed by her own thoughts from Degas.

Tiva’s determination to elude definition extends to the Artist’s Statement that Reid-Marr and his colleagues work so hard to get their students to refine.

“My Artist’s Statement is to let the viewer experience the work,” she says.

The Visual Arts faculty values the Statements for compelling the young students to think about why they make certain strokes on canvas or impart certain shapes to clay.

Yet there’s little chance that Tiva’s silence about her intentions hides a refusal to think. Her untitled eight-feet-in-diameter circular painting of a “disordered face” challenges the expectation of beauty that we bring to every work of art. Why take that risk?

“I wanted to explore the different textures of the face. Do your forehead and your nose and your cheeks feel the same? Rearranging the different parts that your eye smooths out into a whole makes you focus on the textures.”

Reid-Marr suggests that Tiva “risks herself both formally and conceptually” with the aim of growing “emotionally and spiritually.” He calls her “an exceptional student, one of those students that comes through the school every ten years.” 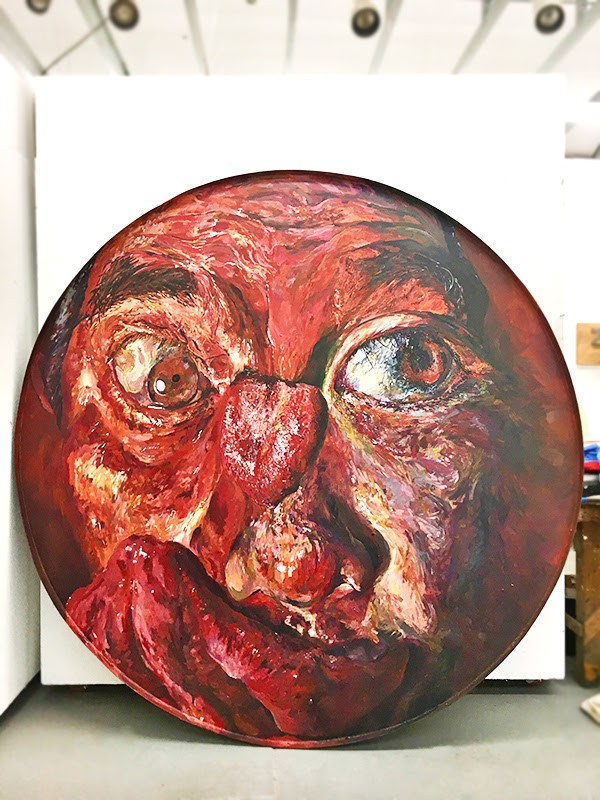 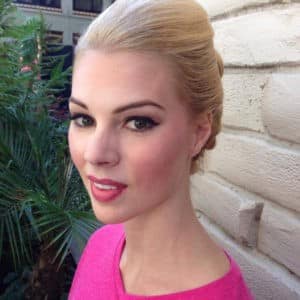 Ashley Rizzo Moss, a 2005 Idyllwild Arts Academy graduate, may have been preparing for her job as Special Events Manager of Idyllwild Arts Foundation, which she started almost exactly a year ago, since she was five. That’s when her father took her to a very special event: Puccini’s Tosca, at the San Francisco Opera.

At five, did she recognize what she now calls the “ridiculous” nature of opera, meaning its extremes of emotion? Unlikely. But Ashley immediately fell in love with those extremes, and she has never fallen out of love.

Perhaps some emotions get forgotten if not given extreme expression. Opera won’t let us forget.

Ashley began lessons shortly after seeing Tosca, developing a mezzo voice that carried her through two years at the Academy, Bachelor’s and Master’s degrees at New England Conservatory, and several years as a Manhattan-based professional opera singer.

“But I didn’t like the lifestyle: touring and living out of a suitcase.”

Fundraising and other supporting work, including a stint with the Boston Youth Symphony Orchestras, provided a more stable lifestyle while keeping her close to the music that moves her so deeply. Her current job does the same thing.

“Idyllwild Arts gave me everything. I was brought back by my fundamental gratitude to a school that taught me so many life lessons and was so supportive.”

She has returned to an Academy that has changed its curriculum for singers since her own student days.

“We don’t have distinct Classical Voice and Jazz Voice majors anymore. Now it’s a single Voice major that gives all of our singers opportunities to try multiple genres while they’re still discovering their voices.”

For Ashley, who continues to practice, the Academy’s supportive environment promises abundant opportunities of re-discovery. 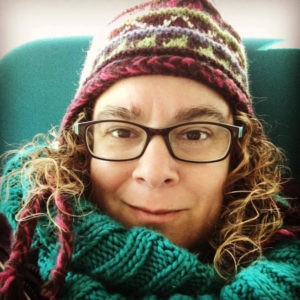 Is a film best understood as a reflection of the director’s vision or as a highly collaborative project? Smart people (and their avatars) argue about this. Whatever the right answer is, directors obviously depend on other people to bring their visions to life on the screen.

Those other people include the cinematographer, whose job is “image, lighting, and camera movement,” says Shelly Short. “That means technical implementation of the director’s vision.”

Shelly joined Idyllwild Arts Academy’s Film and Digital Media faculty last August after four years at Eastern New Mexico University. Her first day as a student in a photography class at Pensacola State College, in Florida, had convinced her that “I wanted to do this for the rest of my life.”

Her love of the camera turned into love not just of still photography, but of moving pictures. This led in turn to an M.F.A. in Film and Television at Savannah College of Art and Design, in Georgia. Shelly’s westward trajectory from Florida to Georgia to New Mexico to California implies Hawaii may be next, which would be a big loss for Idyllwild. But the Academy probably has a chance to persuade her to stay for a while since she says “I love teaching” and “helping students work through hard ideas.”

The entire Academy, and not only Film and Digital Media, has a history of welcoming hard ideas, as well as the experimentalism that is Shelly’s special passion. And the topic of her experimental film, “Identity,” suggests she may be well suited to instruct teenagers, who often cycle through multiple identities.

Her love of experimentalism doesn’t prevent her from calling the 1942 classic, Casablanca, “a favorite.” Yet Casablanca shows a world-weary cynic transforming into a self-sacrificing hero—more evidence of Shelley’s fascination with the mystery of identity.

“That’s ancient history. I’ll tell you what resonates today, though.”

Bill Lowman, Idyllwild Arts Academy’s founding president, could have talked all day about Dr. Richard MacNeal, who had died in January at age ninety-four. Lowman was planning what to say as one of the speakers at his longtime friend’s memorial service, in Pasadena tomorrow. The recollections had come in a torrent, but he was bent on capturing what was most important.

“Belief in education, commitment to academic and artistic quality, pride in the students whose success he supported so generously, belief in doing something meaningful with the wealth you could make in America. . . and commitment to entrepreneurial philanthropy.”

The words “entrepreneurial philanthropy” had recurred throughout Lowman’s stories of “the brilliant man who was the greatest guy you could imagine.” They were a reminder that MacNeal had seen the Academy through its shaky first several years with more than generosity. Co-founding MacNeal-Schwendler Corporation (MSC), whose software was crucial in the aerospace industry’s infancy, had made MacNeal a multimillionaire.

But MacNeal wasn’t only generous, Lowman emphasized. He’d been bold–“entrepreneurial”–in giving his fortune to build an Arts Academy whose success was never guaranteed.

Idyllwild Arts Foundation’s Board, including MacNeal, had brought Lowman from the Nevada School of the Arts, in Las Vegas, in 1985, ostensibly to fix a summer program whose excellence hadn’t kept it from losing money.

Unfortunately, the summer “model didn’t work,” Lowman concluded as his hard work failed to stave off a financial emergency.

An arts boarding school was within the original vision-mission of Idyllwild Arts Foundation and would attract more revenue. However, “we needed a library, dorms, and accreditation. What parents would send their child to an unaccredited school?”

Lowman’s determination and ingenuity equipped him to find solutions. But only because MacNeal was the right man to ask to pay for them.

“Almost monthly,” Lowman recalls, “I’d drive to his home in Garner Valley and come back with a check. I’d tell him what we needed and he’d say, ‘I’m willing to give the money because the mission is important.’”

To all the members of the Idyllwild Arts community who contribute in so many ways, we are pleased to share with you the Annual Impact Report for Idyllwild Arts Foundation (IAF). Because of the generous support of our donors, IAF has been able to provide a world-class arts education to nearly two thousand students who attend our Academy and Summer Program.

I write now with a special word of thanks to the parents and guardians who support us and allow us to play a role in your child’s education. Academy students are intelligent and talented and as such, have many educational choices. We thank you for choosing Idyllwild Arts.

To learn more about ways in which your support could have a direct impact on educational technology, campus safety, student scholarships and more, please reach out to development@idyllwildarts.org. We’d love to hear from you. 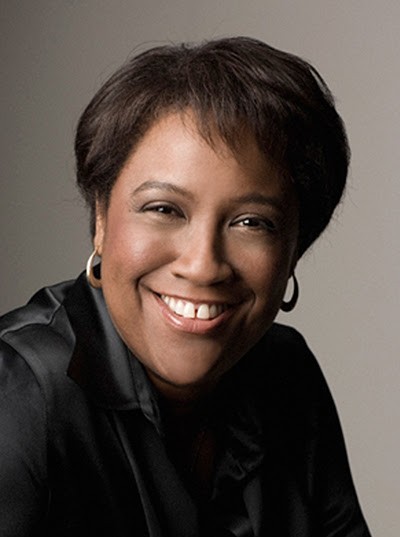