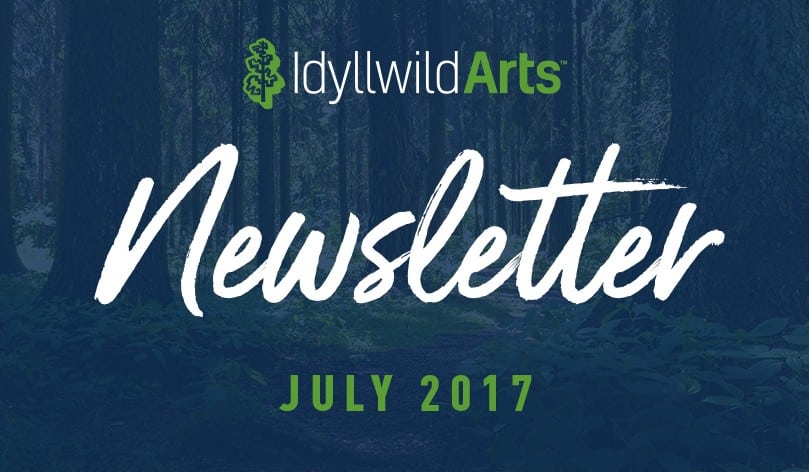 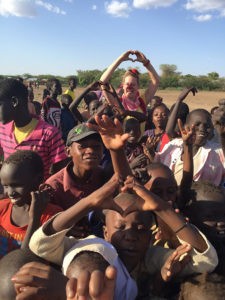 “I was in my twenties and I’d never done gymnastics or acrobatics, but I learned!”

The words tumble out of Erin Crites at a pace that gives away her excitement about the physical theatre she has taught at Idyllwild Arts Academy for the past year.

“There was also melodramatic gesture like you see in the early silent films, miming, and clown and mask work. All new to me!”

This was the three-year curriculum at Dell’Arte International School of Physical Theatre, in Blue Lake, California, which awarded Erin her Master of Fine Arts degree in 2010. Her energy—which may have been kinetic, since it was hard to imagine her sitting still—threatened to ignite the phone line as she spoke from her parents’ home in Kentucky, where she had graduated from the University of Louisville in 2005.

Citing research by UCLA Psychology Professor Albert Mehrabian that suggests fifty-five percent of our communication is nonverbal, Erin explained the centrality of physical theatre to a “devised Hamlet.” That’s what she calls Who’s There—a Reimagining of Hamlet, a creative adaptation and performance by the Academy’s Theatre students that she facilitated earlier this year.

“We have international students, but Shakespeare’s language can seem foreign even to native English speakers. The students had to decide on the most important elements in the original Hamlet and reimagine how to tell it, focusing on nonlinguistic sensory qualities.”

That focus is crucial to her interactive ensemble performances with Clowns Without Borders in refugee camps and other trauma-affected areas where little English may be spoken. In three summers with The Dario Fo Project, she helped bring similarly physical comedy to the piazzas of Italy and originated a role in the late Nobel Laureate’s final play, performed for Milan’s international Expo 2015.

Erin reports that “about half of my Idyllwild students have learned how to do handstands.”

She is excited to continue turning conventional theatre upside down by giving creative ownership to her Idyllwild Arts students. 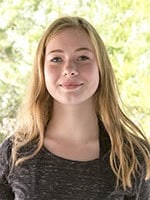 In January 2015, Slate’s technology writer, a man in his early thirties, confessed that “Snapchat makes almost everyone over the age of 25 feel old.” The writer included himself.

Snapchat has made headway with the over-twenty-fives since then. Yet Natalie Cosgrove’s interviewer, twice the age of the Slate writer, didn’t just feel old when Natalie talked about Snapchat. He felt dead.

“I use Snapchat instead of texting,” the Idyllwild Arts Academy rising eleventh-grader told him. “Outside of Idyllwild, nobody my age uses Facebook.”

Natalie was getting ready to intern for the Academy’s Admission office this summer, in part by using Snapchat to reach out to potential applicants.

Snapchat would work fine from her home in Juneau, in a part of Alaska that features, she points out, the “biggest temperate rain forest in the Northern Hemisphere.” But Natalie is adding a personal touch to her recruitment efforts by staying in Idyllwild—and probably experiencing very little rain—for the Summer Program’s Musical Theatre Boot Camp, which started in late June and goes until late July.

She’s excited because Musical Theatre is her own major at the Academy.

“I’ve taken acting and voice lessons pretty much my whole life. I was drawn to the stage even in preschool.”

Does she have the whole package of musical theatre skills?

“Not quite, since I can’t even explain how bad I am at tap-dancing. I can definitely see improvement, though.”

She also hears improvement in her singing, thanks to her private voice teacher. That’s Heather Reba, who has “taught me to do things with my voice that I had no idea I could do.”

Natalie’s vocal talent could come in handy for the stage, but also for her other dreams: “film and TV and writing songs and releasing albums. Like Taylor Swift, my main girl!” 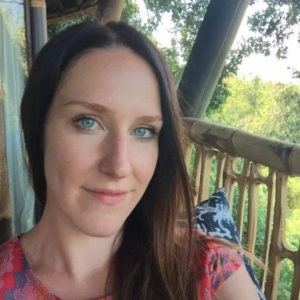 Marissa Dutton has had a lot to keep her busy since Tuesday. That’s when she gave birth to her first child: six-pound, thirteen-ounce Isabella Atlas Nichtern.

Before Isabella came along, a thriving career had kept Marissa busy since her graduation from Idyllwild Arts Academy in Visual Arts in 2000, six years after her sister, Tara Sechrest, the Academy’s Director of Enrollment Management, had graduated in Dance.

Idyllwild is “a special place” to Marissa because it’s where she and Tara grew up.

“But it was important to me to see if I could hold my own in a big city.”

So she went on to the School of Visual Arts, in Manhattan, graduating in 2004 to find herself “freaking out” about her future. But Marissa had impressed an SVA teacher, Jimmy Moffat, also a founder of the talent agency Art + Commerce. She worked there briefly before moving farther downtown to Art Department, where she spent eight years. Today she manages the New York office of The Magnet Agency.

“Working as an artists’ agent feels creative because you need to understand what the artists are trying to convey as well as what your client’s needs are in order for a photoshoot or film project to be successful. Finding work for your artists is important—you have their livelihood in your hands—but it’s secondary to helping them think about where they want to go with their careers creatively.”

That Marissa has held her own in The City That Never Sleeps is an understatement, although success has meant being The Agent Who Never Sleeps.

“I work weekends and evenings!”

Yet she also finds time for personal satisfaction: on walks from Williamsburg to her office in SoHo, in her marriage to the Buddhist teacher and writer Ethan Nichtern—and now in Isabella. 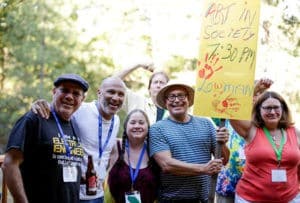 Eduardo Santiago’s hand-lettered picket sign didn’t proclaim the imminent end of the world. Yet as he strolled the Idyllwild Arts campus with the sign aloft, enduring the heat of a mid-June afternoon for his cause, he knew what people seeing him might have thought.

He shrugged it off.

“Sometimes you have to take a chance that you’ll appear insane.”

Glancing at the sign would have told you that he was announcing not the End of Days, but his talk about Idyllwild Arts Academy’s Art in Society program, to be delivered that evening in the William M. Lowman Concert Hall. His apparent insanity would pay off: several dozen Summer Program workers and attendees heard him explain Art in Society, which Eduardo will direct for Academy students for the second consecutive year in 2017-2018.

Running this program, which helps students use art to promote social change, is only one of the hats he wears. These include teaching writing for the Summer Program and English at Mt. San Jacinto College, plus the straw fedora that evokes still another metaphorical hat: novelist of the Cuban-American experience.

Publication of The Weight of My Shadow, probably next year, will continue the saga previously detailed in Tomorrow They Will Kiss and Midnight Rumba.

The Weight of My Shadow is a coming-of-age novel that is “the most nakedly autobiographical of the trilogy,” he says.

And also its conclusion.

“I’m done writing about Cuba. It’s time to move on.”

So his novel-in-progress uses a fictionalized Idyllwild to interrogate exclusion and the quest for belonging.

“The town is hostile to strangers, like Sodom, and is threatened by an enormous fire like the one that destroyed Sodom.”

Hostile to strangers. . . Is that how Eduardo sees Idyllwild?

Message from the President & Head of School

In October, I had the good fortune of attending the Seed & Spark Summit in Ho…

Message from the President and Head of School

Greetings from Idyllwild, For many of us, November begins a season of reflection and gratitude.…

EYE ON ALUMNI: Matt Murphy If you’re old enough to remember when a cell phone…