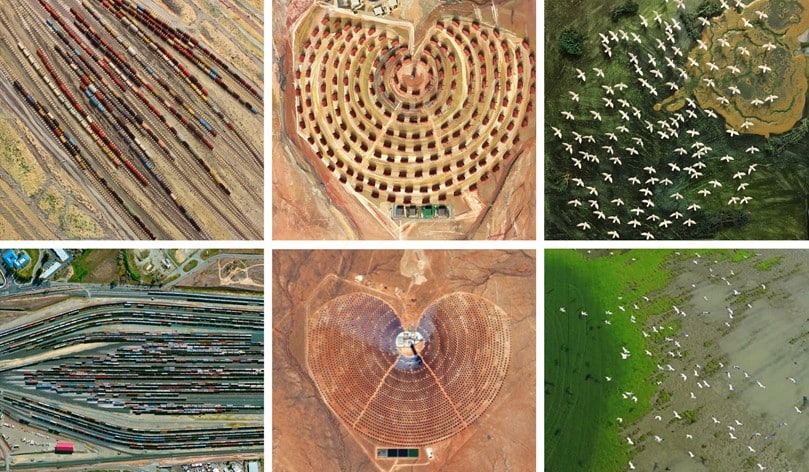 What does satellite imagery look like in 3D art?

We have seen intricate aerial views from a window seat of a plane, a movie, a photograph, a scale model, but what happens when it is made from found objects, splattered paint, rubber bands and circuitboard parts? With a undeniable attraction to the patterns of organization of Earth, I had to visualize these systems in some way. For me, there is great pleasure in seeking materials and disguising them to recreate familiar scenes, activating our curiosity about objects and places, big and small.

If you could say it in words, there would be no reason to paint.
— Edward Hopper 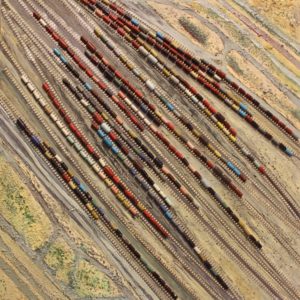 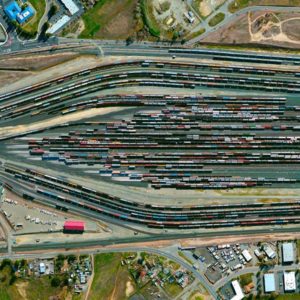 Mixed media interpretation of the Union Pacific Railroad’s Bailey Yard in Nebraska as seen from above. Art by Richelle Gribble.

As an artist, there are some artworks you want to make and other works you have to make. At Planet’s artist residency, I couldn’t avoid the urge to fulfill my tactile curiosities by building scenes from scratch, with peculiar objects collected over time. This series is called “Organized Chaos,” which marvels at the incredible formations of urban and natural configurations. By using Planet’s satellite imagery paired with other source material of animal migrations, these intricate patterns were realized into miniature worlds! 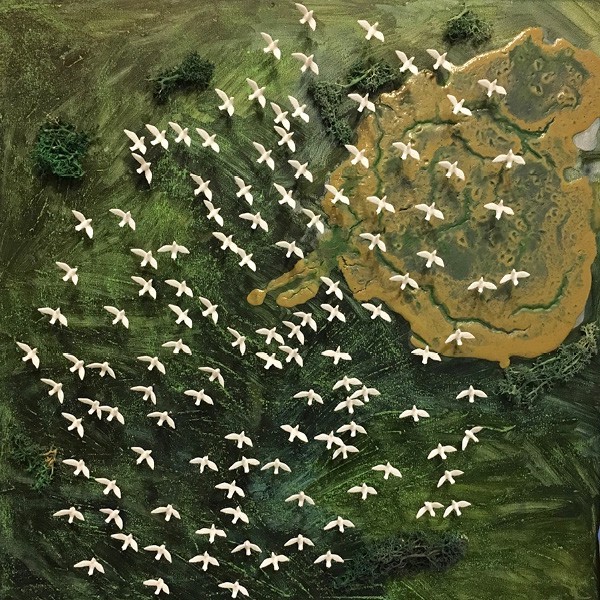 By creating this series, I became obsessive, repetitive, and intricate with layout and gluing, studying various locations with an inquisitive eye and new lens — global satellite data. This process allowed me to find places I never knew existed, like the largest railroad classification yard in the world based in North Platte, Nebraska and a massive solar farm in South Africa’s Northern Cape province. Traveling the world both physically and digitally provided opportunities to travel in other ways, too— my imagination.

Scenes of Earth from above look unreal, toy-like, and fictional at first-glance. Parts of the Earth appear neurotically arranged, monumental and ancient, accidental and impossible. Our cities form like bee hives and agriculture looks like circuit boards. Splashing dolphins cluster like bacteria while patchworks of farmlands resemble a sewn quilt. A fascinating interplay between what a place is and what it looks like takes on new meaning from an aerial view. There is no end to the poetic wonder of Earth from above, in order and chaos, we find home.