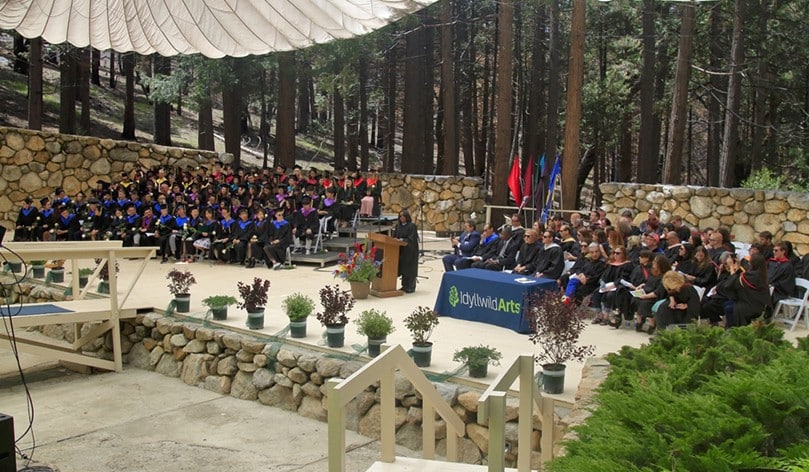 By September, Hannah Wakelin, Mark Beebe, and Cayla Regas will all be studying thousands of miles away from Idyllwild, in New Zealand, the Netherlands, and Tennessee, respectively. But it will take a lot more than one summer to make the Idyllwild Arts community forget the three students who, among an award-laden graduating Class of 2019, walked away from the May 18 Commencement ceremonies with the Academy’s most cherished honors. 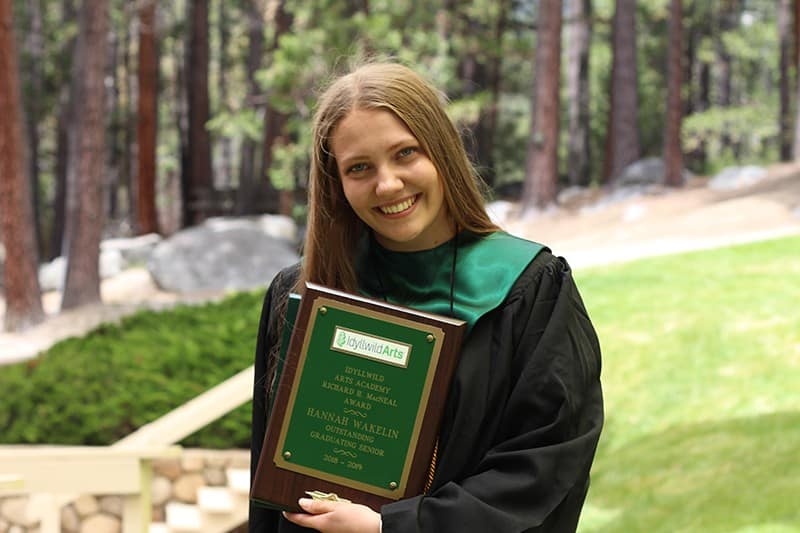 Hannah, profiled here in March, returns to her native country as winner of the Richard H. MacNeal Award, given to the senior who has excelled most in all aspects of the Idyllwild Arts Academy mission: arts, academics, and personal growth. The University of Auckland, where she’ll pursue her dream of becoming a pediatrician, is an island and five hundred miles north of her home near Christchurch. That’s almost a full day of travel less than she needed to get to Southern California the last four years.

While Hannah returns close to home, Outstanding Artist Mark Beebe moves far away from his home in Hemet, half an hour from Idyllwild. Mark will continue his music studies at the Conservatorium van Amsterdam, part of the Amsterdam University of the Arts.

“There’ll be some homesickness and I’ll have to struggle a bit in order to grow,” he admits. “The Conservatorium has great saxophone teachers for both jazz and classical music, though, so I’m excited about learning from them.”

After his tutoring in jazz by Paul Carman and Marshall Hawkins at the Academy, Mark expects to intensify his focus on jazz in the Netherlands. But even though he says it’s “hard to develop a voice for both” jazz and classical saxophone, he loves classical music and looks forward to working on both.

“People don’t believe me when I say that saxophone is becoming more popular as a classical instrument,” he laughs. “But I played only classical my first five years on the sax, so it’s true!”

Allowed to Be Who She Was 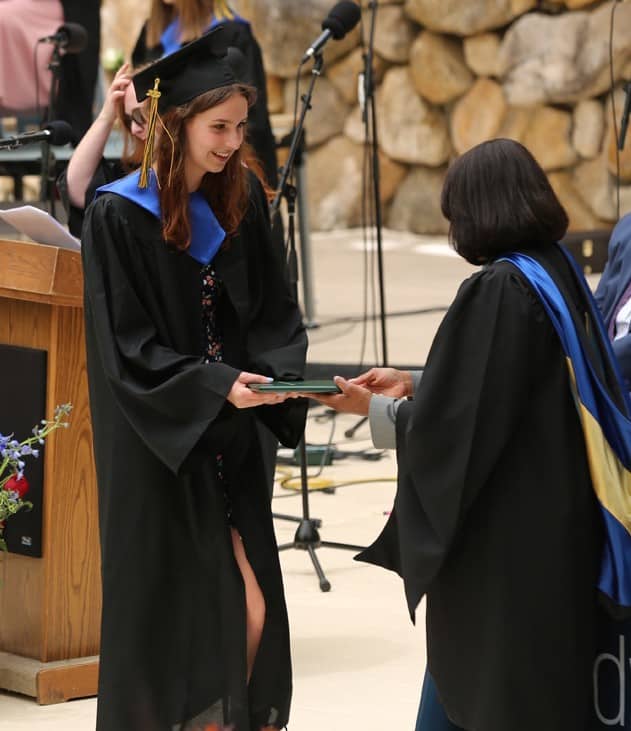 Standing beneath the Academy’s iconic parachutes for Commencement, Cayla Regas began her Valedictorian’s speech by evoking the sense of exclusion that her artistic individuality had brought her in middle school in McLean, Virginia, close to Washington, D.C.

“So for high school I had two choices: one was to try to fit in by pretending to be somebody that I wasn’t.”

“But my other choice was to travel to the other side of the country to attend a little arts school in Southern California, where I knew I’d be allowed to be who I was.”

Granted four years’ worth of permission to be herself—permission withheld from young people in so many places—Cayla flourished not only academically, achieving the Class of 2019’s highest grade-point average, but artistically. She plans to repeat her Idyllwild Arts specialization in Songwriting, while also studying “a little bit of audio-engineering,” at Belmont University, in Nashville, which she says has “absolutely the best connections for what I want to do.”

Anyone as gifted as Cayla Regas probably needs a minimum of connections for the purpose of realizing her dreams. The same can be said of her unforgettable Idyllwild Arts classmates, Hannah Wakelin and Mark Beebe.