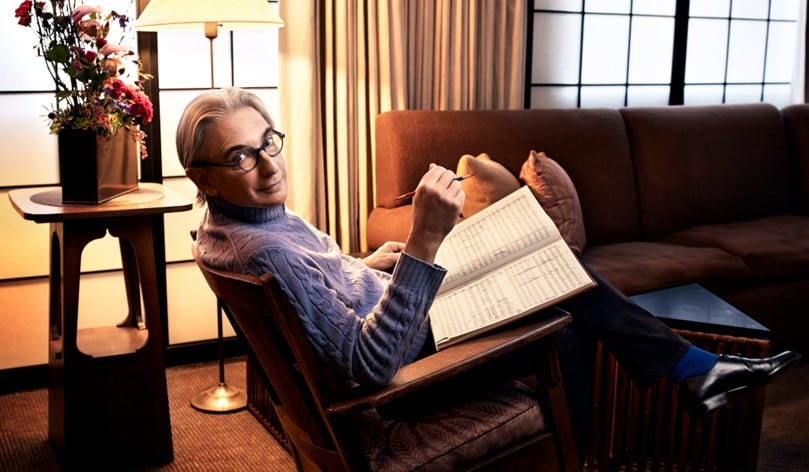 The longtime Idyllwild Arts commitment to artistic groundbreaking united with technical excellence is reflected in recent developments at the San Francisco Symphony (SFS).

Michael Tilson Thomas, who studied and performed in the Idyllwild Arts Summer Program in the 1960’s, served as SFS music director for more than twenty years, transforming it into a first-class ensemble with a vastly bigger repertoire.

Tilson Thomas’s innovations included wooing “a hip younger audience with its sold-out SoundBox series in a black-box space, where drinks are served” along with “‘hypnotic metronomes,’ ‘creeping claws and pulsating colors’ and sounds ranging from ‘vampiric film music to avant-garde electronic and bedtime fairy tales’”.

But Tilson Thomas will leave SFS in 2020 to be replaced by former Los Angeles Philharmonic music director Esa-Pekka Salonen. Salonen’s plan to disrupt the classical music world will draw upon the talent and vision of an Idyllwild Arts student from the 1990’s, genre-shattering flutist Claire Chase.

Chase, recipient of a 2012 MacArthur “genius” Fellowship, will join the Helsinki-born, sixty-year-old Salonen’s brain trust of younger collaborators and consultants.

To Salonen’s bold attempt to revolutionize symphonic music, Chase brings the courage and passion that animate not only her music but her political engagement.

“Music, like all the arts, can help drive social change by allowing us to feel injustice,” Chase says. “But there’s a space beyond the righting of wrongs where we need to live every day in justice, where we need to inhabit justice like it’s our skin. Music and the collaborative arts are portals into this shared human experience as they inspire generosity and solidarity in practitioners and listeners alike.”

Both Chase’s premiere of the genre-defying Pan and her arrest during her first week of teaching at Harvard for protesting President Trump’s announcement that he would end Deferred Action for Childhood Arrivals (DACA) show that Chase is a good choice to help Salonen give the San Francisco Symphony a thrilling bumpy ride.

From its founding after the end of the Second World War through the 1960’s of Tilson Thomas and the 1990’s of Claire Chase, Idyllwild Arts has always encouraged artists to find the cutting edge of their craft and use it to make deep incisions.

The graduation from the Academy last May of Ben Champion, a Composition major now at Juilliard who sees himself “as a composer who seeks to destroy the classical tradition which is causing modern composers to stagnate and become irrelevant,” suggests that Idyllwild Arts has never lost its edge.