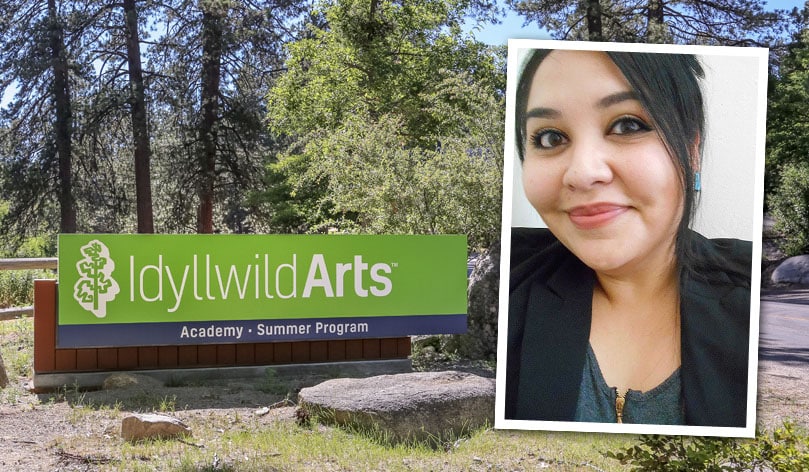 Native American Arts Are in Strong Hands at Idyllwild Arts

Shaliyah Ben, Diné (Navajo), was born in Shiprock, New Mexico on the Navajo Nation and is the first Native American to direct the Idyllwild Arts Native American Arts Program. Before coming to Idyllwild Arts in 2019, she worked at the Heard Museum in Phoenix, an institution dedicated to the advancement of American Indian art. During twenty years with the Heard, her positions included Director of Public Programming.

Ben’s profound understanding of Native American traditions is rooted in her family’s continuing practice of traditional farming methods, but she is also determined to position Native American art, life, history, and pedagogies as relevant to the modern global conversation. The breadth of her education at Arizona State University, where she earned a Bachelor’s degree in French as well as certificates in Arabic Language and Islamic Studies, suggests her desire and ability to connect Native American arts to the wider world.

Week & Exhibition will continue to flourish and grow, in her new role Ben will also work to further integrate the Native American Arts Program into Idyllwild Arts’ mission of “changing lives through the transformative power of art.”

The integration of Indigenous perspectives will take one of its most dramatically visible forms in a land stewardship initiative in partnership with the Native American Land Conservancy. While “land acknowledgement” statements have sometimes been criticized as hollow or performative, the goal of this partnership is to create a living and breathing land acknowledgement that puts words into daily action. By engaging in appropriate care for the land, the partnership is intended as a transformative step toward reconciliation with local Cahuilla communities on whose tribal land the Idyllwild Arts campus rests, and to respectfully demonstrate an authentic interest and investment in connecting the Foundation’s community with their own.