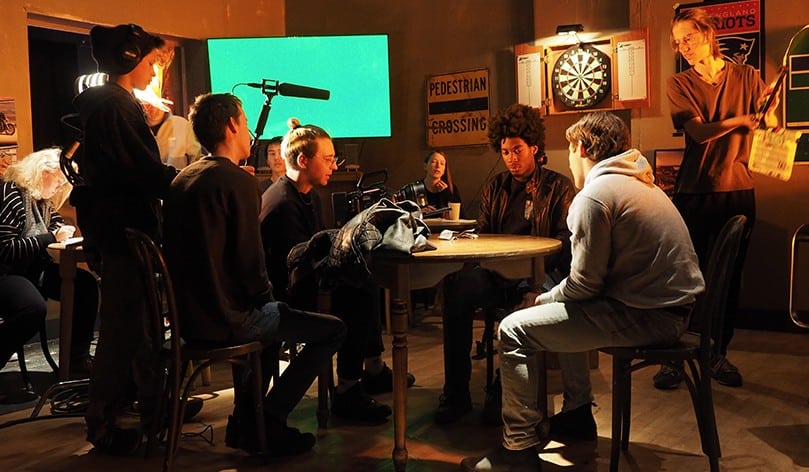 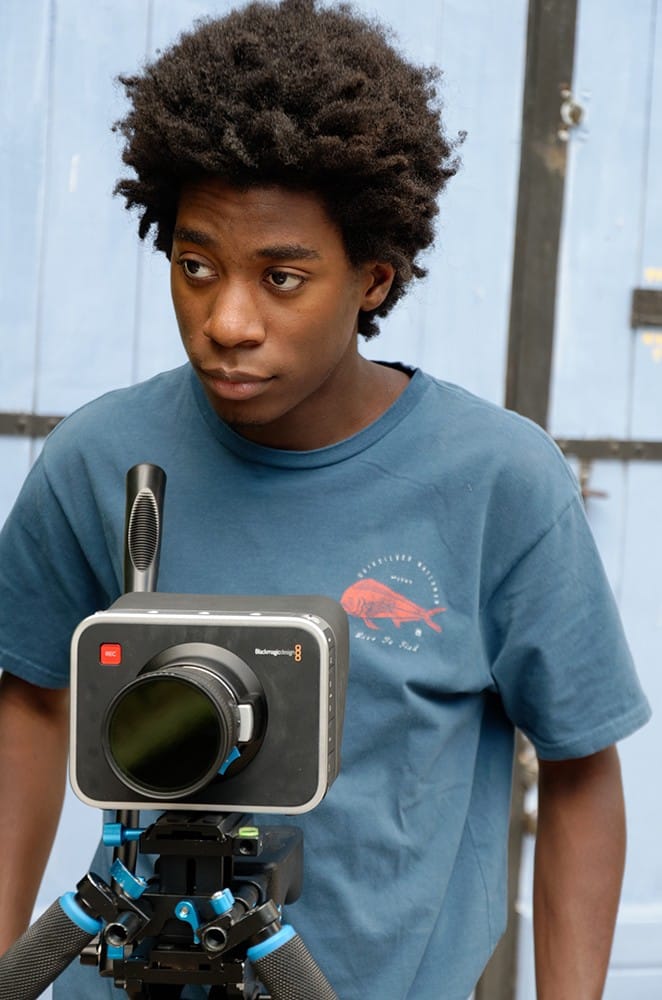 Martin Gerard’s soft-spoken modesty prevents him from talking about himself. Perhaps there’s no need to talk about yourself when work like the feature film Martin hopes to raise money for at Indiegogo.com can speak for you.

But his Idyllwild Arts Academy Film & Digital Media teachers are generous with their praise.

“Martin is always eager to assist his classmates with their projects,” says Shelly Short, a cinematography specialist. “And he enhances their filmmaking experience by being reliable, diligent, and humorous.”

These are precious assets in an art that depends absolutely on teamwork. Yet the individual talents of the postgraduate student who embodies the Academy’s internationalism—a Haitian-born Belgian citizen who started making films in Ethiopia but now lives in Mexico—make him more than a cog in a filmmaking machine.

“He challenges himself to write, design, and light better with every film he makes,” Shelly adds. “He also finds innovative solutions to any problems that may arise, and he loves making movies!”

“I’m not exceptional at screenwriting,” Martin himself says, contradicting the opinion of the entire Film & Digital Media faculty.

But he may underestimate his screenwriting skills in comparison with what he’s achieved in cinematography, the part of movie-making he loves most.

“My favorite aspect of cinematography is lighting.”

It’s a passion that makes sense for a young man of few words.

“Controlling the light gives you a lot of liberty to shape a movie’s interpretation.”

“When I applied to Idyllwild Arts, I was making comedies. But I like slow-moving films, and I can slow a film down as an editor.”

A film editor studies hours of footage to assemble a film half a second at a time. Editorial choices about transitions between shots can shape the interpretation of a movie as much as decisions about light can.

“Cinematographer and editor are different jobs,” Martin says. “But in independent films, sometimes one person does both.”

The Academy’s Film & Digital Media faculty of film-industry veterans seem confident of Martin’s future as both, or either.