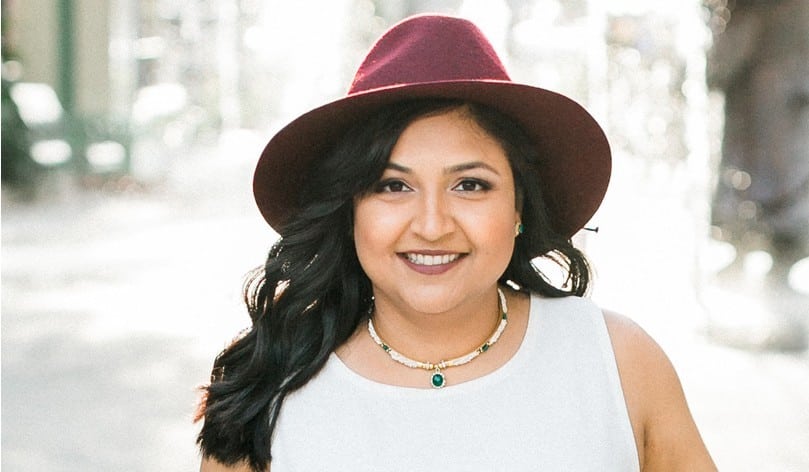 Nimalee Wickremasinghe-Kuhn, Idyllwild Arts Academy’s new Lead School Counselor, is listing the difficulties for which many teenagers seek counseling. The school year had barely begun, but she expects plenty of Academy students to come to her and her colleague, Douglas Johnston, with similar challenges.

“I could list the mental and emotional challenges that we face,” she says. “But, instead, maybe I should point out that there are ways to address these things. Panic attacks, for example: something as simple as submerging your face in ice water, or even throwing cold water on your face, can be an effective—and fast—way to calm your system. It triggers what’s called the ‘diver’s response.'”

Nimalee’s expertise makes her one valuable half of the Academy’s new counseling team, along with Douglas. But she’s also half of a valuable married team that Idyllwild Arts added during the summer: her husband, Jonathan Wickremasinghe-Kuhn, is the new Director of College Counseling.

Born in Sri Lanka, Nimalee came to the United States with her family when she was seven. She grew up in Woodland Hills, in the San Fernando Valley region of Los Angeles.

“I thought I wanted to be a lawyer, and in college I majored in Criminology, Law and Society.”

That was at the University of California, Irvine, where she earned a Bachelor’s degree in 2005.

“But interning with a law firm after I graduated changed my mind!”

Like the young people she’ll help at Idyllwild Arts, Nimalee had at one time benefited from therapy, so she looked for a volunteering opportunity.

“I volunteered with a rape crisis center. I found advocating for survivors of sexual trauma fulfilling, so I thought with more training. . .”

Her training came from Pepperdine University, in Southern California, resulting so far in a Master’s in Psychology. She has also completed three years of work toward a doctorate in Clinical Psychology.

“But the Psy.D. is on hold for now. I’d like to see how my work here at Idyllwild Arts plays out before I decide whether to finish.”

The nature of that work will mark a new direction for counseling at Idyllwild Arts.

“The counseling model that had been in effect here was a private practice therapy model. It was great for students who benefited from ongoing therapy to be able to go to someone on campus. But because of the expense, that model isn’t sustainable for most schools. So we’ve adopted the traditional school counseling model used by the vast majority of U.S. schools. With the traditional model, students can still see private therapists off campus through referral by school counselors, and can also access school counseling as often as needed. Both models ensure confidentiality and the student/patient’s right to privacy, except in the cases of threats to safety. But the new model allows us to be more present and available to the school community and to promote mental health and well-being across the campus.”

Nimalee is asked about the seeming drawback of the school counseling model: what about students who find that a private therapist is no longer a short walk away from their dorms?

“The community of therapists in the town of Idyllwild is already pretty big, and it’s growing.”

The Academy’s Transportation Department can easily shuttle students into town, a five-minute drive from campus.

“And teletherapy—therapy via live video connection—is becoming more prevalent, and research supports its effectiveness. So we’ve added some of those resources to our referral list. Teletherapy can be a great option to increase access to mental healthcare for students who live busy lives in a remote place.”

“Douglas and I are excited about helping students one-on-one through life’s everyday stresses. But we’re also looking forward to doing more group counseling and to helping faculty and dorm parents with practical responses to the challenges they observe in classrooms and dorms.”

Given the obvious competence and dedication of both Nimalee and her colleague, Douglas, there’s no reason to throw cold water on her excitement.