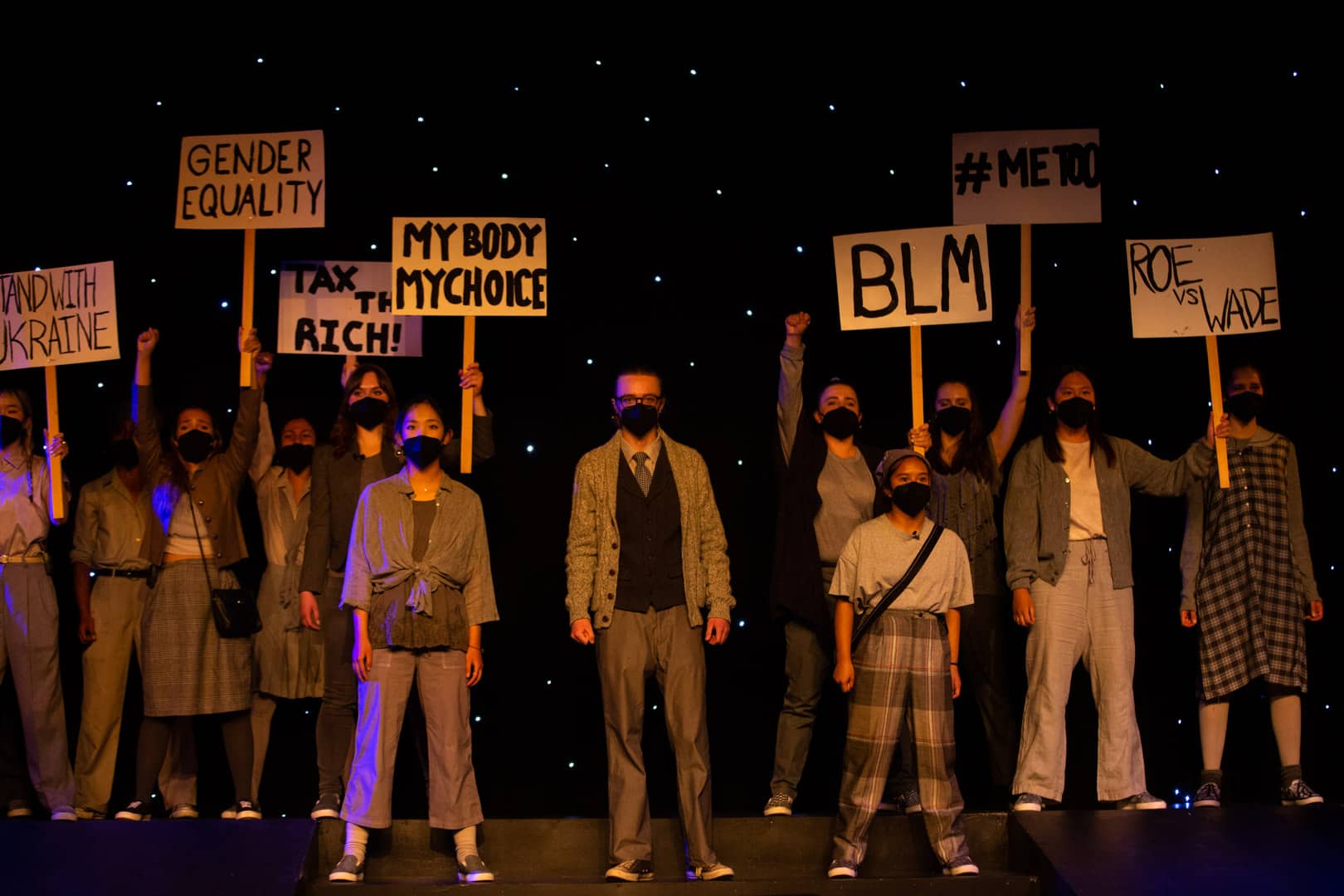 “It was about the times we’re living through and the beautiful way this musical responds. This show helps us find the healing we need by reminding us that we’re all connected by way of the shared frailty of our humanity.”

(You can watch the Idyllwild Arts production of The Theory of Relativity for free here, where you only need to select one device from the drop-down menu.)

Stryjewski will become Theatre Department Chair this fall in his second year at Idyllwild Arts. He brings to his new role many years of experience in educational leadership, the teaching of acting, and theatrical directing. He also brings profound knowledge of the history of theatre and its meaning for audiences around the world. Such knowledge is crucial at an institution striving to educate artists not merely to entertain, but to embrace the artist’s responsibility to society and even to seek “the solution of community and global problems.”

“At Idyllwild Arts we produce every type of play: classical and contemporary pieces plus the full spectrum of musicals. We’ve even produced original and devised works, all playing into our mission and my own academic and professional experiences. But to talk only about musical theatre, which I love, it’s historically been entertainment for people seeking to escape difficult times: escapism.” 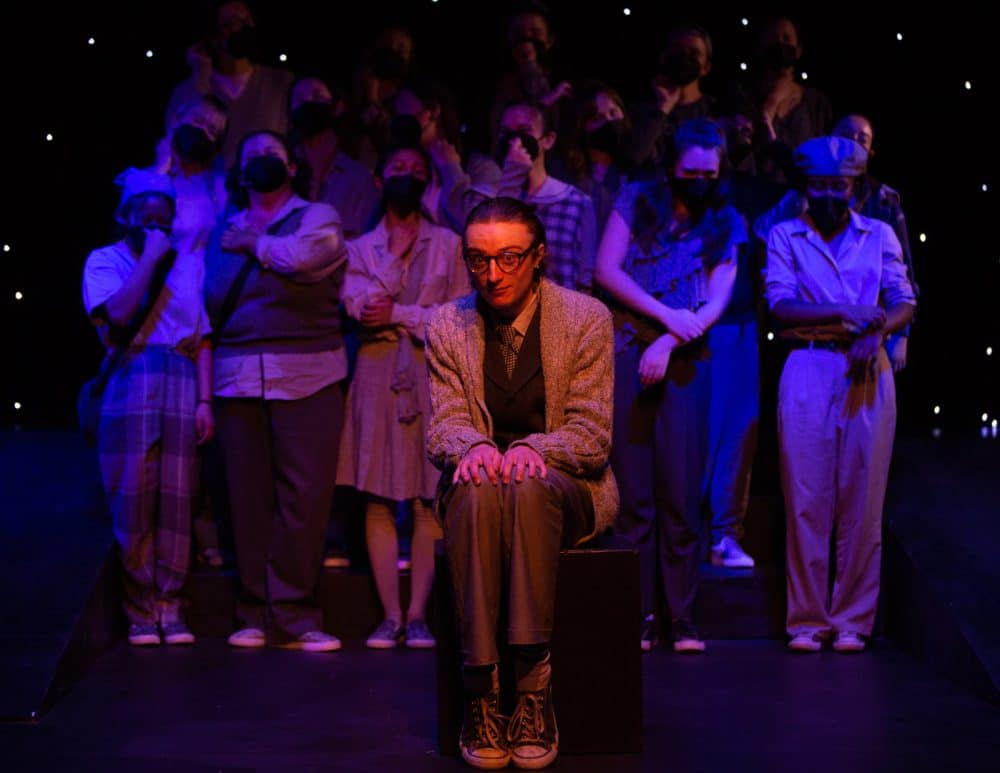 He mentions the enormous popularity of musicals during the Great Depression.

“But classic musicals like Oklahoma! and Carousel are performed far less often now than shows like Hamilton, or Next to Normal, which invite the audience to engage in a new way with American society and history, or with mental illness. Part of that new way of engaging comes from the use of new musical styles.”

Asked whether he has a preference ​​— escape, or engagement — he shakes his head.

“They’re both legitimate. We need to engage, but the truth is that most of us aren’t capable of engaging constantly. Sometimes we need to escape.”

“Anyway,” Stryjewski continues, “as Chair, I want to lead a faculty that will continue to be responsive to our students. These young people come to us with different talents and different ambitions, and it’s our responsibility to serve all of them well. Among the musical theatre students, we’ll get those with classic musical theatre voices, who are suited to the classic repertoire. We’ll get others who are more suited to the music styles of Hamilton or Next to Normal, or other modern or cutting-edge musicals. Serving all these students gives a tremendous challenge to our faculty.”

“But guess what? The Idyllwild Arts Theatre faculty has the talent and passion to meet that challenge.”

As he directed The Theory of Relativity, Stryjewski’s determination to serve the individual student was on full display.

“In casting the different parts, I gave a lot of thought to where the students are in their lives. That’s often a way to get actors to respond to their roles with maximum sensitivity. Just one example: the play features a gorgeous duet called ‘The End of the Line,’ sung by two characters whose relationship is coming to an end. I cast a couple of students who’ve been great friends at Idyllwild Arts, but are now graduating and going their separate ways as they head off to different colleges.” 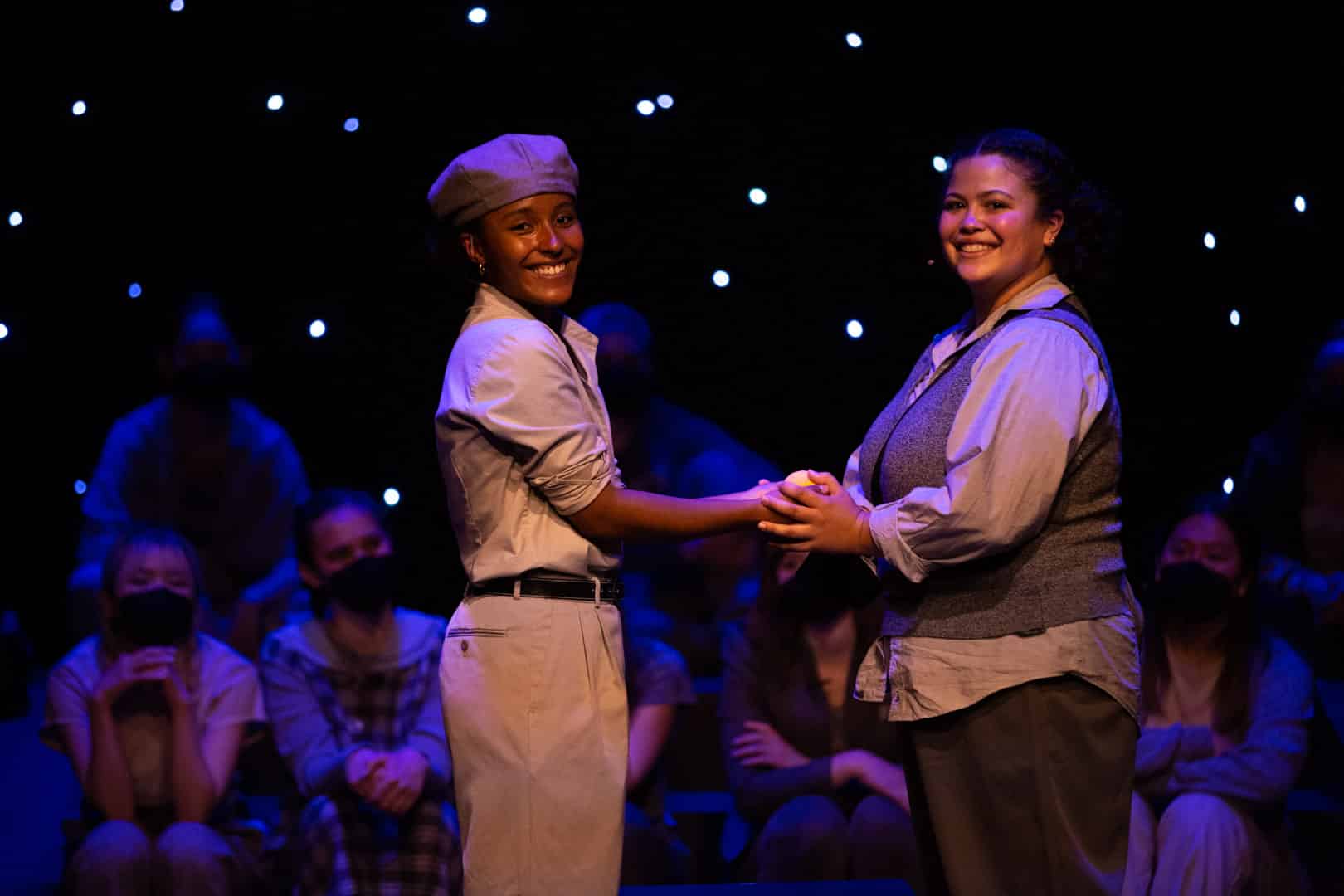 He explains that The Theory of Relativity falls into the category of musicals known as “song cycles.”

As in other song cycle musicals, The Theory of Relativity, with music and lyrics by Neil Bartram and book by Brian Hill, does not so much tell a story as illustrate a theme. Stryjewski says that this play’s theme is stated by the title of the final number: “Nothing Without You.”

“The songs are performed by seemingly unconnected characters. But the beauty of the musical is that it succeeds in showing the disconnect to be only apparent. Of course, we’re all connected!”

In the three performances he directed, “I am nothing without you” was spoken in many languages. This is appropriate to the global reach of Idyllwild Arts: in a typical year the Academy’s students come from more than thirty different countries.

The Theory of Relativity celebrates our connectedness to one another. The new Theatre Department Chair reminds us that Idyllwild Arts trains its young artists to be responsive to the needs of society. And he hopes that our students are proud to become authentically global citizens, responsive through their art to the needs of human society everywhere.

Les Misérables for the Next Generation

Gavroche, the new musical that the Idyllwild Arts Theatre Department will perform on December 3, 4,…

Reborn to the Theatre