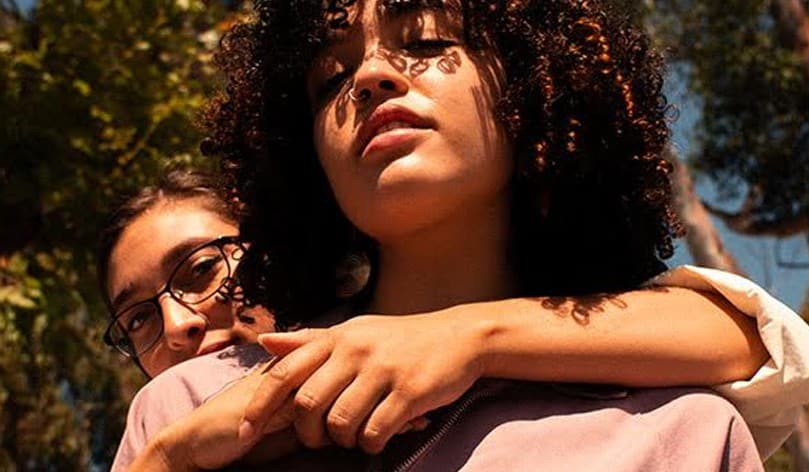 “The women who work there are the kind of people I want to know and be.”

During Paloma’s recently concluded two-week summer internship at the Hollywood offices of this “community celebrating groundbreaking cinema,” she used her social-media skills to promote next month’s WUTI Goes Idyllwild film festival, happening from September 20 to 22. Paloma reports that “WUTI definitely wants to make the festival at Idyllwild an annual event” and they “are absolutely looking to build a more long-term partnership with the town.”

She caught the eye of film director and WUTI founder Tabitha Denholm, earning the internship, with her 2018 senior film project at Idyllwild Arts. “True American,” shot in stark black and white, was a fictional examination of violent xenophobia. During her interview for this newsletter, Paloma didn’t mention President Trump’s notorious tweet about “The Squad” of four outspoken first-term congresswomen. But that kind of demand to “go back” to the “places from which they came” is something she would have been familiar with for a long time.

The freedom to make a twenty-five-minute film as a college freshman was an advantage of choosing tiny Sarah Lawrence College, north of New York City, over a large university with a heralded film program, like NYU.

“Sarah Lawrence was the perfect school for me after two and a half years at Idyllwild,” Paloma says. “Just like an Idyllwild freshman, I was able to make my film, which you’re not allowed to do in the big programs.”

In addition, Yonkers, where Sarah Lawrence is, also lies close, but not too close, to her parents’ home in Manhattan’s Chelsea neighborhood.

Paloma’s brief internship gave her no time to make the trip from Los Angeles up to Idyllwild. Her classes will keep her at Sarah Lawrence next month when Idyllwild residents are enjoying the WUTI film festival.

But since the festival appears destined to become an annual Idyllwild event, the town is likely to see her again. And since she has “always wanted to do storytelling in some form” and “felt the calling to film” as far back as eighth grade, there’s a good chance that Idyllwild will see her one day not merely as a visitor, but as an artist presenting her own films.