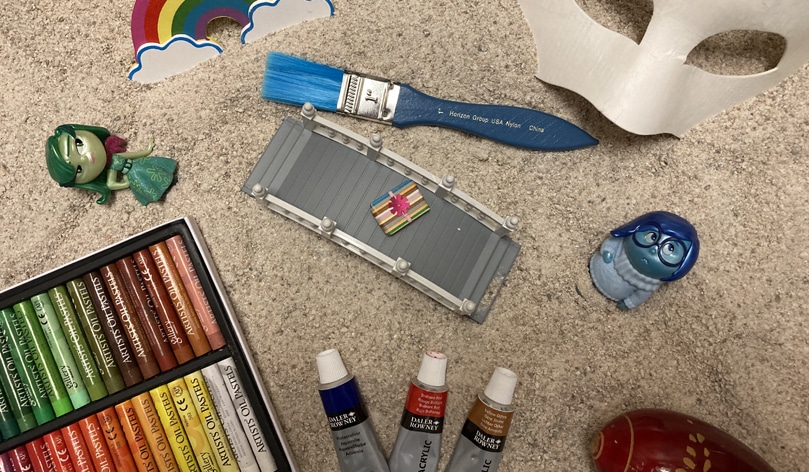 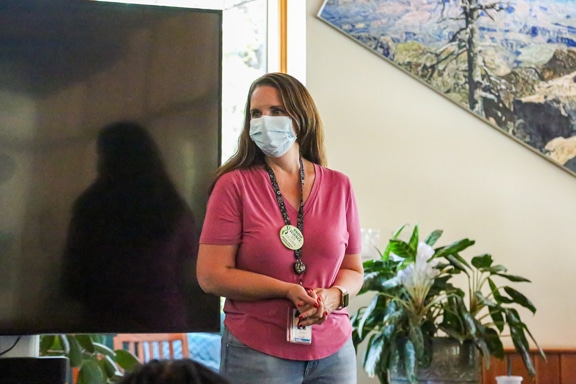 Idyllwild Arts Academy’s new Director of Counseling did not answer as expected when asked if she came from New England.

Her interviewer had assumed New England because his first scheduled talk with Armeda had been canceled. That first interview would have conflicted with a chance for her to see “my beloved Red Sox” play the Los Angeles Angels in Angel Stadium of Anaheim, ninety miles west of Idyllwild. The tickets “fell into my lap,” Armeda said.

On a warm Wednesday afternoon, the Angels’ great Japanese player, Shohei Ohtani, had hit a home run and the Red Sox had lost a close game. But life was good: the Red Sox remained in first place in the American League East.

“We were eager to do regional theatre,” she says. “We earned certificates from The Boston Conservatory and headed back to the West to work for, among other drama companies, Montana’s Missoula Children’s Theatre, which tours internationally.”

While performing on the regional theatre circuit, the couple found great satisfaction in bringing entertainment to people, often in places that offered few other choices. Yet the life was challenging, especially since they wanted to raise a family. Armeda and her husband had enjoyed working with young people, so after a couple of years of theatre work they both went into teaching.

“I earned my B.S. in Education from Mesa State College, in Grand Junction, Colorado. It later became a university and changed its name to Colorado Mesa University. Then I became an elementary school teacher.”

“I quickly discovered that what I really wanted to know about–more than the subjects I was teaching–were my students. Talking to children to figure out why they aren’t picking up some concept might lead you to find out that they’re having trouble at home, or maybe. . .”

Armeda began her new path of study by earning a Master’s in School and Clinical Counseling from the University of Phoenix. She has practiced her profession on behalf of members of the United States Navy and their families, serving Naval Air Station Fallon, in Nevada, as well as Naval Air Station North Island, in San Diego, and Naval Air Station Lemoore, near Fresno, California. Her studies and practice have led to the impressive string of titles that follow her name. Professionally, she is Armeda Winter, MS, NCC, NCSC, Licensed Professional Clinical Counselor-CA LPCC 9739. She is a National Board Certified Counselor, a National Board Certified School Counselor, and a Nationally Approved Clinical Supervisor.

She has not reached the end of the path. Perhaps because her background in children’s theatre has helped her grasp art’s extraordinary transformative power, she has earned a certificate in Expressive Arts Therapy,

which draws on movement, play, and dance. She has trained with Cornelia Elbrecht in Sensorimotor Art Therapy and she aims to become certified to train other people to practice the latter.

The value to Idyllwild Arts of Armeda’s voracious appetite for therapeutic expertise is such that this summer she is being moved into a three-bedroom house on campus. She will be on call virtually throughout the school year because the Academy administration, like education officials across the United States, have come to understand the value of a first-rate school-based mental health counselor.

“Teenagers face the interesting problem of trying to differentiate themselves as individuals while at the same time figuring out how to stay connected to other people, especially their families. And then the pandemic created an especially hard time for them because of the enforced isolation. The pandemic looks like it’s winding down, but those basic problems that teenagers have to deal with aren’t going away.”

It will benefit Idyllwild Arts hugely if Armeda doesn’t go away, either. If the Academy is lucky, she and her husband will occupy their new three-bedroom house at the corner of Lowman Lane and Pierson Circle for many years.