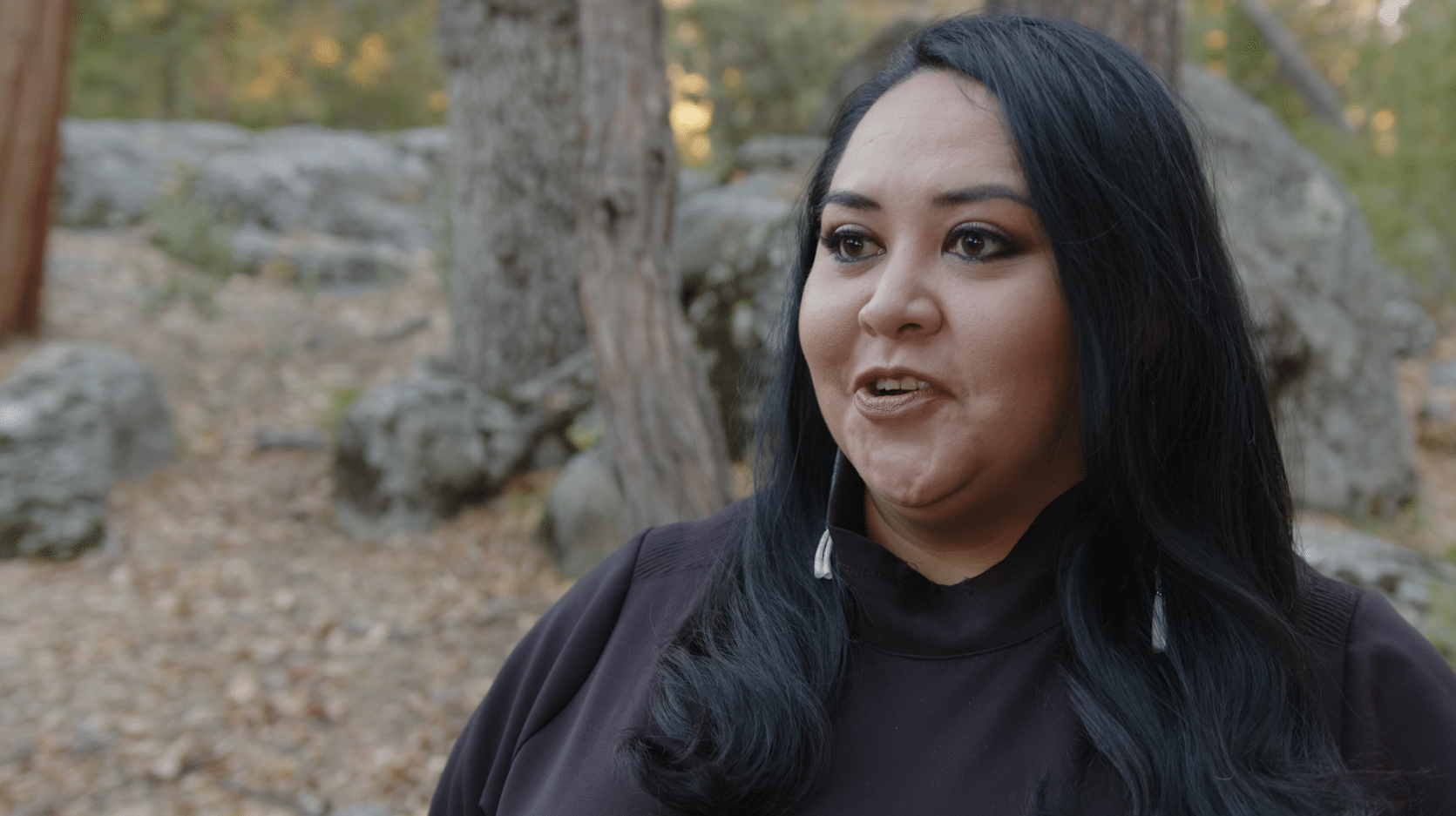 “The opening of the Native American Arts Center is the realization and celebration of the long history that Native Arts has at Idyllwild Arts,” says Executive Director Shaliyah Ben (Diné), who will be at the helm of the NAAC, curating programming and community events. Under her leadership, Indigenous teaching artists, traditional knowledge bearers, and scholars will have new opportunities to cross-pollinate their creative talents and develop their craft.

Los Angeles-based Sander Architects, known for pushing the boundaries of hybrid construction, has been selected to design the new NAAC building following their success building Idyllwild Arts’ William M. Lowman Concert Hall (which has become, quite literally, the centerpiece of the campus). The new center’s gently curved form will gesture subtly towards “The Meadow,” which has been a sacred gathering place for local Cahuilla for tens of thousands of years, as evidenced by the depth of the acorn grinding holes in the rocks there.

“The building represents our promise, our land acknowledgement, and it is a step in the right direction to welcoming home Cahuilla people to this culturally significant place,” says Ben, referencing the Idyllwild Arts Land Acknowledgement that is read out at every major meeting and event: Idyllwild Arts respectfully acknowledges the Qawishpa Cahuillangnah (also known as Cahuilla Band of Indians) and all nine sovereign Bands of Cahuilla people who have stewarded this land throughout the generations and continue to steward this land for all future generations.

“[The] NAAC is conceived as an offering, a place of reflection, viewing, talking and discussing, and of listening, welcoming all interested people,” says Whitney Sander, principal of Sander Architects. “It will provide a place for the traditional transference of knowledge, and the continuum of creation and innovation, which will be reflected throughout the design.”

Utmost care will be taken to protect and respect the sacredness of the site as the NAAC is designed and constructed. The hybrid construction will meet the most stringent energy conservation codes, a long practice with any new construction on campus. Prefabricated steel frames will use 85% recycled steel. Solid western walls will provide internal space for exhibited artifacts. An external wall will display two of the Idyllwild Arts Academy’s Native American murals, painted by Nanibah Chacon (Diné/Chicana) and former Idyllwild Arts students. The building, with windows facing East toward The Meadow, will be built around pine trees on the site, preserving them, too, for future generations.

Another important aspect of the NAAC is the partnership with the Dorothy Ramon Learning Center (DRLC), of San Gorgonio, in Banning, just 27 miles from Idyllwild Arts. Shayliah Ben recognized potential synergies between the NAAC and DRLC, and approached them to facilitate year-round programming together. DRLC is well-respected and highly regarded in their efforts to preserve and share Serrano and Cahuilla Culture. Some activities that are already planned are the IA Native American Arts Festival, the DRLC’s Dragonfly Speaker Series and popular annual Native Voices: Poetry Festival returning in March, 2023.

Native Arts have always been a cornerstone of Idyllwild Arts’ mission; the organization’s founding artists sought the nature and beauty of Idyllwild and The Meadow as a salve to the pains and problems besetting a tumultuous world following WWII. Confirming the importance of this endeavor, Ben muses, “after 75 or so years we can now be a Center, and I think it’s a nod to the work that came before me. [The] NAAC is a realization of years of excellence in the Arts. We will bring the world’s most prestigious Native Artists, to grow, to shape, to explore.”

The NAAC is set to break ground in August, 2023. Stay in touch for future updates on its progress and developing Native Arts Programming.