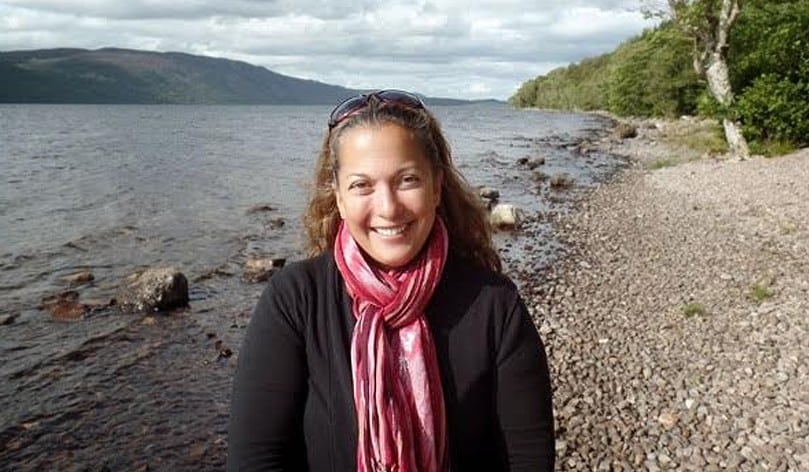 Amber graduated from the Academy in 1992, having concentrated on photography as a major in InterArts (called Independent Major at that time). She has taken to heart Idyllwild Arts Foundation’s Mission of “changing lives through the transformative power of art.”

“Art can bring along the community and the policy-makers,” she says, “by translating scientific research into something that touches your life in a personal way.”

As for the scientific research that concerns her most, into climate change, she passionately wants it to change lives. Her last decade of work has focused on advancing strategies and solutions to safeguard communities and natural resources from the impacts of climate change. While her career has included service in Washington, D.C., and an appointment by former California Governor Jerry Brown to lead climate change adaptation efforts, her heart is in working with communities.

“I’m fortunate in that I’ve built my career and reputation on being transparent and honest,” she says. “This is why I’m able to bring people together and translate scientific research to serve communities.”

Amber is a leader of the necessary and determined efforts to combat the effects of climate change, whether with the Climate Science Alliance, or in her new role to start the Scripps Institution of Oceanography’s Center for Climate Change Impacts and Adaptation.

Regarding leadership, it must also come from governments, which can’t stand idly by while the citizens they’re meant to serve work to preserve the natural environment. It’s therefore heartening to read, in a research article coauthored by Amber, that “California has demonstrated strong leadership on climate change for several decades”.

“The pieces to promote resilience to climate change are out there,” she insists, “but it’s time to put the puzzle together.”