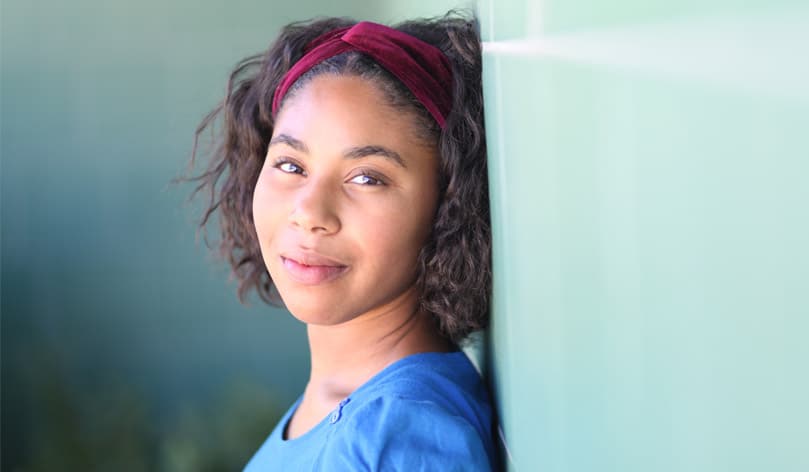 Aly Minor’s migration from Musical Theatre to Creative Writing, which she’ll discuss at idyllwildarts.zoom.us/j/96806777174 on Thursday night, Dec. 2, at 7 PST, captures much of what Idyllwild Arts Academy stands for.

This second presentation in the Art in Society program’s Fall series of IDY Talks will illustrate the benefits of bringing together young artists devoted to a wide range of disciplines to work together. At the same time, Aly’s post-Idyllwild Arts ambition will suggest the advantages of an education that prioritizes creativity and a refusal to recognize the limits that can hold other young people back.

Aly is a four-year Idyllwild Arts senior who was born in Tulsa. Later she lived in Atlanta and then briefly in Buenos Aires, where her mother was studying law, before settling in the Southern California coastal city of Santa Monica. Her Musical Theatre studies at the Academy went according to plan for most of her ninth-grade year.

Then, in May 2019, the Theatre Department devised a musical called Off the Grid, which Aly had helped to write.

“That’s how I discovered that I love writing,” she recalls. “You could say I’ve kept a connection to Musical Theatre because the music of poetry is so important to me. But in the middle of my junior year I switched majors to Creative Writing.”

The Problem with Neurosurgery

Aly’s poetry is good enough to have earned her a place as a semifinalist to become Riverside County’s Teen Poet Laureate. As for the future, after Idyllwild Arts, she plans to keep writing poetry. Yet she envisions a very different kind of career.

“I’ve done an Astrophysics course in Harvard’s summer program, and I’d love to go back to Harvard–or to Yale–to major in either Astrophysics or Biophysics. Then I want to become a neurosurgeon.”

“But you’re resourceful,” her interviewer offers.

“Yes. And eventually I’d like to create a company that combines scientific and artistic thinking. It would include a research center but also a theatre and an art gallery.”

It’s an ambitious dream. But Aly’s quiet confidence tends to inspire confidence in others that she can pull it off.

And, of course, her Idyllwild Arts education, which encourages students to make creativity a way of life and to discern–and forge–connections never imagined by other people, is an ideal preparation for bringing such a dream to life.

Pictured above: With four-year advisee SooYeon Kim at Graduation on May 18 Wasted on the…