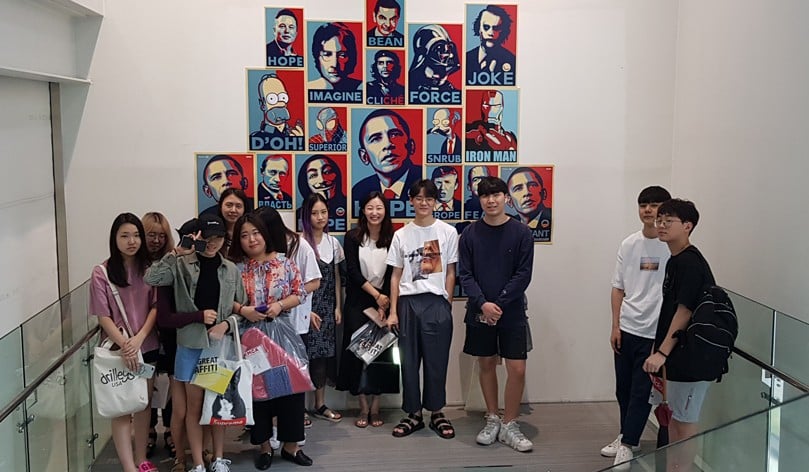 “The restaurants are open, but they’re not busy like they used to be.”

Youree Jin, a 2006 Idyllwild Arts Academy graduate, is talking on Skype from her home city of Seoul. In a country widely thought to have handled the danger posed by COVID-19 better than most, she admits that it’s not only restaurants that have had a hard time coming back from the worst days of the pandemic.

For Youree, her parents, especially her father, have been of particular concern.

“I was teaching at Idyllwild in the Visual Arts Department and also dorm-parenting in Pierson until 2011, when my father needed a kidney and my mother donated hers. The surgery weakened his immune system, so. . . You know, he loves Idyllwild and he wanted to buy a house there, except his surgery was going to be so much more expensive in the U.S. But we all still love Idyllwild.”

She continues to demonstrate her love of Idyllwild as an educational consultant, advising Korean teenagers who want to go to high school in the United States.

“My advice is always the same,” she laughs. “Go to Idyllwild Arts. When I started there as a ninth-grader in 2002, I barely spoke English. But it was wonderful, just like for SooYeon.”

Youree is referring to a young Korean who graduated from the Academy last May, as a Visual Arts major. SooYeon Kim had also spoken almost no English as a ninth-grader. Now a freshman at the School of the Art Institute of Chicago, SooYeon had hoped to visit Idyllwild to see some of her former teachers during Spring Break, but COVID-19 made that impossible.

“Of course she’s back in Seoul now,” Youree says, “but it’s hard to see her. Even with the students that I’m advising to go to Idyllwild right now, we have to keep our distance.”

Five of Youree’s clients hope to start at Idyllwild Arts this fall.

“I think all the ones who are accepted will go. They and their families are all very committed and positive. But I’m a little worried about the future because I don’t know how the virus will affect a lot of people’s economic circumstances. So because of the economy, maybe it’s a good thing that I’d already decided to start on a Master’s degree in Education.”

Though a Master’s in Education would increase her career options, that’s not why she’d made the decision. Part of what makes her an outstanding educational consultant—surely the consensus favorite of the Idyllwild Arts Admission office, whose staff works with many consultants—is her ongoing dedication to her clients. Almost all of her clients are visual artists, to whom Youree gives art lessons during the application period. She often continues those lessons when the students return to Seoul during their breaks from Idyllwild.

“I’m getting a Master’s because I decided that I need to be more professional if I’m going to keep teaching.”

No doubt she’ll benefit from a Master’s in Education. But anyone who has seen her art work and listened to how the Idyllwild Arts students who’ve been her clients talk about her will know that Youree is already a true professional.