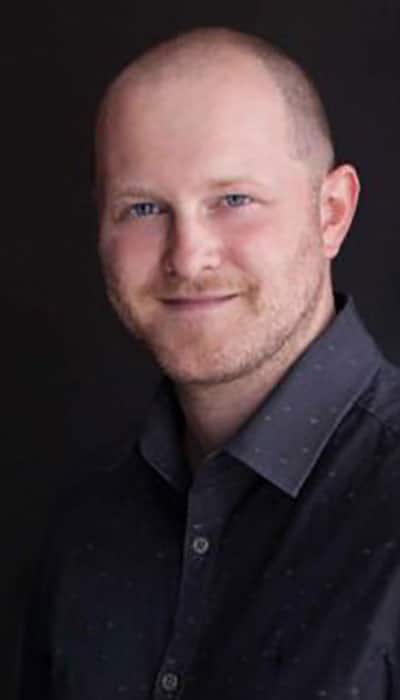 Daniel Bassin is an active and experienced conductor, composer/improviser, trumpeter and educator. Hailing from Long Island, NY, and with musical roots in New York City, Boston, MA, and Buffalo, NY, Dr. Bassin is excited to begin his tenure as Director of Orchestras at Idyllwild Arts, beginning the 2022-2023 school year. Having previously served in orchestral conducting faculty positions at the State University of New York campuses of the University at Buffalo (UB) and Buffalo State College, Dr. Bassin has also had extensive experience working with choruses.

Prior to moving to the Western New York area, Daniel worked from 2005-2010 as Orchestra Librarian of the American Symphony Orchestra, in New York City. During this time, he performed in venues ranging from Carnegie Hall to the Bowery Ballroom as a freelance trumpeter and conductor, also carrying out orchestra librarian work for the Westchester Philharmonic with Music Director Itzhak Perlman, the Long Island Philharmonic, American Composers Orchestra, and Stanford Symphony Orchestra.

During the fall of 2008, Daniel acted as assistant conductor for the Jerusalem Symphony Orchestra’s 16-city tour of the American West Coast and Midwest, and in the summer of 2010 his string quartet Typographies II was performed by the Arditti Quartet at the June in Buffalo Festival. He had his debut conducting the contemporary music ensemble, Slee Sinfonietta, in 2012, and in 2013 he was a featured conductor at the Ensemble Linea/Peter Eötvös master classes at France’s Royaumont Abbey.

That same year, he conducted the Western New York premiere of Witold Lutosławski’s 1970 Cello Concerto (T.J. Borden, Soloist) at UB and also the music of his teacher, David Felder, as part of an A Musical Feast retrospective concert at the Burchfield Penney Art Center. The following year, he led performances of inaugural WBFO Visiting Professor, Douglas Fitch’s Center for Fine Arts production, How Did We…? Dr. Bassin made his MATA Festival conducting debut in New York City in May 2015, leading the New York premiere of Jason Buchanan’s opera, Hunger. In June 2015, he had his Kleinhans Music Hall debut, as part of the June in Buffalo Performance Institute, performing student works as well as a premiere by June in Buffalo senior faculty, Augusta Read Thomas. Later that summer, he also presented site-specific versions of his own music in Buffalo’s Silo City, marking his debut as a performer of his own compositions.

On Election Night, 2016, Daniel led A Jazz Vigil, performing selections from John Coltrane’s A Love Supreme on his David G. Monette “CORNETTE” in collaboration with the late Buffalo jazz legend, Juini Booth. This event was recognized as one of the year’s nominees for Most Memorable Performances by JazzBuffalo, and the following year his UUCB/BMC/New Beginning Choral Ensemble collaboration concert with Dr. Ella Robinson and the Centennial Big Band of Buffalo’s Historic Colored Musicians Club in Duke Ellington’s Sacred Concert was also nominated. During Buffalo State College’s 2017 Festival of Women in Music, Dr. Bassin led the New York premiere performance of Florence Price’s Symphony No. 3 in C-minor of 1940 alongside the Buffalo premiere of Joan Tower’s 1992 For the Uncommon Woman for Symphony Orchestra. In October 2018, Daniel was honored to conduct the debut performances of Starring Buffalo, an organization dedicated to connecting student singers and local music theater artists with Broadway stars.

This production of The Hunchback of Notre Dame featured leads Ben Fankhauser in the role of Quasimodo and Dan’yelle Williamson as Esmerelda, alongside Jonah Platt and Devin Ilaw, and Broadway World proclaimed “Under the direction of Daniel Bassin, the orchestra assembled here in Buffalo played the lush and often complex score with aplomb, with perfectly tuned strings and some impressive brass playing.”

A passionate advocate of both the music of our time and neglected masterworks, Dr. Daniel Bassin has world-premiered more than 100 new compositions in concert and has presented over 50 rare classics in their regional first hearings. His performances have taken him to 38 countries and 42 American states. Featured numerous times in Buffalo’s ArtVoice Classical Music Notes column, reviewer Jan Jezioro writes Daniel “consistently programs some of the most innovative classical music in Western New York.” He received his initial training in Long Island public schools and at the Juilliard School’s Pre-College, followed by the New England Conservatory (B.M. with Honors in Composition), Bard College (M.F.A. in Orchestral Conducting), and in the spring of 2014 he was awarded the Ph.D. in Composition from the University at Buffalo.