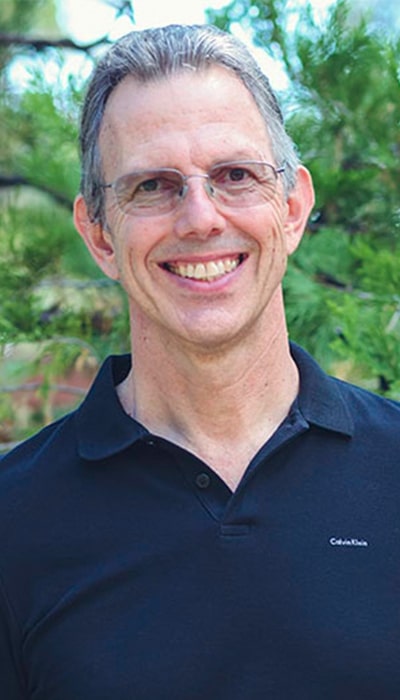 Born in St. Louis MO, raised in Southern California, and currently living in the Hi Desert of Southern California, Frank has a diverse background in music and theater. Frank’s musical training started as a young boy with regular lessons in voice, piano and French Horn. Having played Horn in the Southern California youth symphonies, he attended Chapman College on a Music Scholarship.

At the age of sixteen, he became a member of the well known singing and dancing group, the Young Americans. His love of dance afforded Frank the opportunity to dance with the Joffrey Concert Group in New York City and on National Tour. Frank became a solo dancer with the State Theater in Mainz, Germany, where he lived and worked for five years performing in various ballets, operas, musicals, and operettas.

Frank’s current interests are in the field of Opera and Musical Theater. He has participated as a finalist in the Western Regional Metropolitan Opera Auditions, was a member of the Artist in Residence Program at Opera Pacific, and has performed during four seasons with the New York City Opera including performances for some 11,000 school children with NYCO’s Outreach program of La Cenerentola, Cinderella.

Among the original roles Frank has created are the role of Detective Dave in the world premier of Gregg Smith’s opera for young audiences, The Dreameater, Alan Zeeker in the show Does Your Life Make Sense and most recently as Lew Ayers in Ginger & Me.

Solo roles which Frank has performed with Opera Providence, Cape Cod Opera, Bel Canto Opera, and others include, the title role in Don Giovanni, Guglielmo in Cosi fan Tutte, Strephon in Iolanthe, Sharpless in Madama Butterfly, Count Almaviva in The Marriage of Figaro, Dr. Faulke in Die Fledermaus and Germont in La Traviata.

Singing opera and musical theater selections with vocal quartet Operartisti, Frank was heard weekly at Papa Razzi’s restaurant in Garden City, R.I. for nearly seven years. In conjunction with Operartisiti, he has been featured in concerts and recitals throughout New England.

Now residing in the Hi Desert area of Yucca Valley, Frank has given many stage performances and solo concerts for various area service organizations, country clubs and theatre companies in California. This year marks his 4th year teaching voice at the Idyllwild Arts Academy. He also sings weekly at several area churches and temples and is a member of the group The Brazil Project sing standard Brazilian music in Portuguese.

Additionally, Frank works full-time for the County of San Bernardino, overseeing operations at the Joshua Tree Community Center. In additional to English, he speaks Spanish and German fluently. With his wife, Marta and 13 year old daughter, Grace, he enjoys gardening, cooking, and creating sacred spaces.