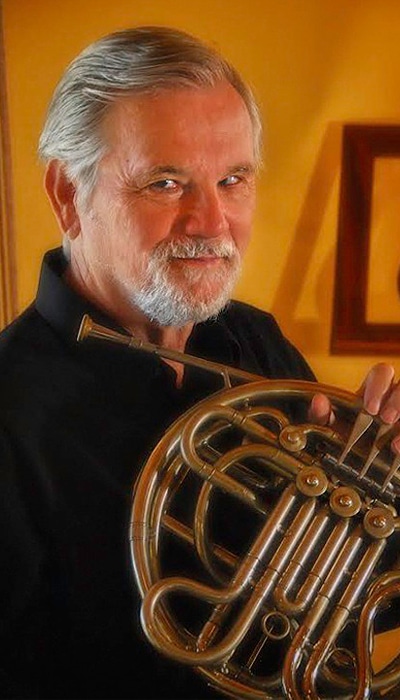 While a student at UCLA, SMU and The Juilliard School, Kurt’s horn teachers included the preeminent horn players Vincent DeRosa, Sinclair Lott, James London and James Chambers. Mr. Snyder has served on the music faculties of the University of Nevada, Las Vegas and the California Institute of the Arts. He is currently the horn instructor for Idyllwild Arts Academy where he joined the faculty as a founding member in 1986.

Many of Kurt’s students have gone on to prestigious music schools including The Juilliard School, Eastman, Curtis, Manhattan, Yale and Oberlin and are now enjoying successful careers in music, some winning top orchestral positions in Europe, Asia and the United States.

Since retiring from the Los Angeles music scene, Kurt has continued his lifelong passion of playing chamber music with his colleagues and friends as well as teaching.