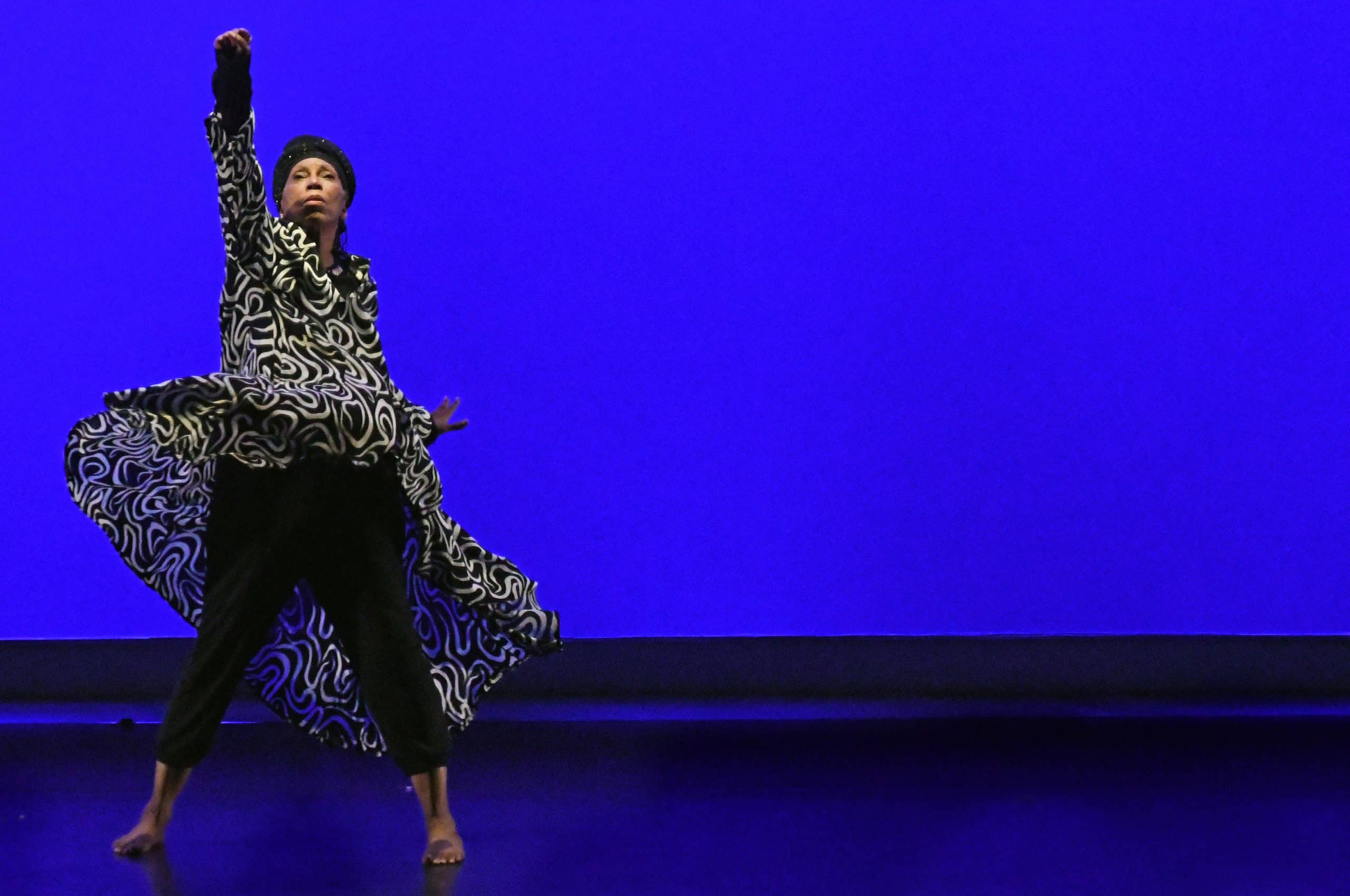 The Lula Washington Dance Theatre (LWDT) performance that will be livestreamed at 11:00 am PST on Friday, Feb. 25, is merely the publicly accessible part of a much bigger and more ambitious annual Art in Society (AIS) Symposium at Idyllwild Arts.

Founded in 1979 in inner city Los Angeles by Lula and Erwin Washington, LWDT is a vibrant troupe known for powerful, high-energy performances, unique choreography, and works that are rooted in African American culture and history. Described by the Los Angeles Times as “a cultural force” in the city, LWDT’s performance in the William M. Lowman Concert Hall on the Idyllwild Arts campus will take its place alongside an impressive list of past performance venues including Lincoln Center in New York, the Kennedy Center in Washington, D.C., and others in countries across the globe.

Besides pursuing artistic excellence, LWDT is dedicated to promoting a love and practice of dance within South Los Angeles, where LWDT operates its own dance school and studio serving 100 young inner-city dancers. LWDT’s commitment to engaging with society is shared by all 32 Idyllwild Arts Academy students currently enrolled in the AIS program, who represent every art major and every grade level. The Academy students who join AIS recognize that the arts can have an impact that transcends individual, isolated achievements. AIS encourages students to explore how creative impulses can be satisfied through healthy, human connection, effectively empowering young citizen-artists.

Moving Forward Despite Our Limitations

The LWDT dancers and teachers are particularly excited by the theme of this year’s AIS Symposium, Journey Through Acceptance. The discipline needed to excel in dance poses challenges that often lead to accepting one’s limitations, but also to accepting that one can move forward despite those limits.

AIS Coordinator Erica Nashan explains that the theme of Journey Through Acceptance was chosen by the AIS students themselves.

“The students are happy to be with one another in the dorms and classrooms again, after almost a year and a half of remote learning, often separated by thousands of miles.  That year and a half has been hard, so we talked a lot about coming to grips with what they’d gone through, but also figuring out how to face what is to come.  A lot of the discussion among the students was focused on the ‘new normal.’ They talked about what life would be like if they couldn’t gain acceptance.”

“Part of the discussion among the students was about loss. The pandemic had brought a lot of death. The students talked about the difficulty, and the necessity, of accepting death, whether caused by COVID or not.”

Dr. Emma Lewis Thomas, PhD, Nashan’s mother, died last year. For nearly four decades she had been Professor of Dance History at UCLA, where she taught both Lula Washington and her daughter, Tamica Washington-Miller, now Associate Director of LWDT. Dr. Thomas was President of the LWDT Board for many years, and LWDT’s tribute to her last year inspired the company’s invitation to the AIS Symposium.

“Part of accepting a loss means looking for positives to help you move forward. You need to grieve but you can’t remain stuck. The connection to Lula’s company gives us one beautiful and powerful way to move forward, and the student artwork component of Symposium (which will be made available to the public following the event) reflects many other beautiful and powerful ways to move ahead.”

Moving forward despite loss requires courage. Many of the twenty student artworks created for the Symposium display the artists’ courage in attempting something radically new by combining different art disciplines, or stepping outside their majors. One example is an original student dance performance, accompanied by original student music, whose dancers are drawn from more than half of the Academy’s arts departments.

Finally, continuing the AIS Symposium’s tradition of bringing in voices from outside to enrich the dialogue on the Idyllwild Arts campus, inspiring educational consultant Tim McGowan will conduct workshops for Academy students and staff throughout the day of the Symposium. The workshops led by McGowan, like the student art, will be made publicly available after the Symposium through photos and videos, so check back here soon!

More Than Three Months of Dance

Yuka Fukuda's dedication to dance has lasted for over thirty years. But the new Idyllwild…