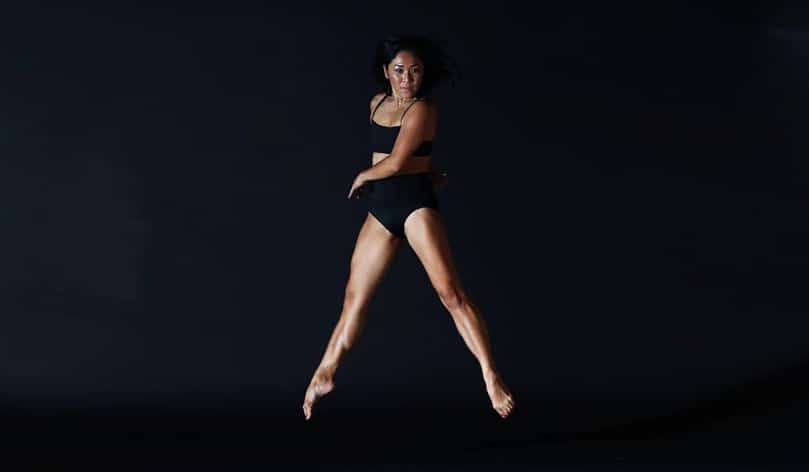 Yuka Fukuda’s dedication to dance has lasted for over thirty years. But the new Idyllwild Arts modern dance teacher admits that in her childhood in Tokyo there had been no precedent for such an enduring commitment.
“I would start something but then always give up after three months. Martial arts, the electric piano, calligraphy. . .”
She laughs.

“So when I was ten and I told my parents that I wanted to try dance, you couldn’t blame them for thinking, ‘Here we go again.’ Also, dance lessons were going to be expensive.”

To prove she was serious, Yuka scoured the Tokyo phonebook for dance schools. She filtered out those that were too far from her home and rode her bicycle to the closer ones. She looked them over and reported back to her parents. They were impressed enough by her efforts to agree to lessons.
“And dance wasn’t like all the other things that I’d tried and given up on. I loved dancing right away.”
She was grateful to her parents for giving her a chance, and a few years later she had cause to be grateful again.
“I felt that in Japan my individuality as a dancer would never be respected. I couldn’t be myself, and I was told that I was too big for ballet. I started thinking about studying dance in America. I knew my parents would point out that I didn’t speak English, though, so I did what I’d done before: research, research, research. George Mason University, in Virginia, had a good dance program, and it looked like it would work for someone with no English. Can you believe it? My parents agreed again.”
Unfortunately, Yuka’s lack of English was a problem. She struggled in her academic classes.
“But there was a way out. I’d never liked modern dance–until I went to Washington, D.C., to see the Alvin Ailey company perform. I thought, wow, I have to do that!”
She was with Alvin Ailey, in New York, from 1999 to 2001.
“It was only dance, with no academics. I danced in their second company.”

Later, she spent two years with the Dallas Black Dance Theatre. She also danced for musical theatre in a production of Cats and, for a full year, with the national touring company for a revival of The King and I.

Lessons About a Dance Career

During her King and I tour, Yuka met the man she would marry, and they decided to settle in Los Angeles. With her husband she had two sons, who are now eight and eleven.

Since the move to Los Angeles she has had both hips replaced, so for the last decade she has focused on teaching rather than performing. She teaches now not only at Idyllwild Arts, but at Los Angeles County High School for the Arts, the Colburn School, and the Debbie Allen Dance Academy.

Even though Yuka’s different teaching jobs require a lot of driving, only the drive to Idyllwild Arts takes her out of the LA area. Yet that’s all right.

“On Fridays, when I go up to Idyllwild, it’s peaceful because there are no kids in the back seat. The drive becomes my catch-up time with my friends.

“Then I get to Idyllwild, where it’s so beautiful and the students are so lovely!”

Yuka teaches more than the mechanics of modern dance to Idyllwild Arts Academy’s students. She also has crucial lessons about how to approach a dance career. One of the lessons comes from her time with the Dallas Black Dance Theatre, which was rewarding but also brought disappointment. She was left out of the company’s visit to Germany, for a festival, because the festival organizers wanted only black dancers.

“It made me angry that our company director didn’t say, ‘These are my dancers, so you need to take her.’ But it’s the kind of thing that dancers often face. An ongoing problem for me was that Asian female dancers are expected to be petite, and I didn’t fit the stereotype.”

“So when I teach young dancers I teach dancing, of course, but also that they need to have a resilient attitude. Dancers have to understand that no matter how well they move, it’s possible that the kind of body they have may not satisfy some people’s expectations.”