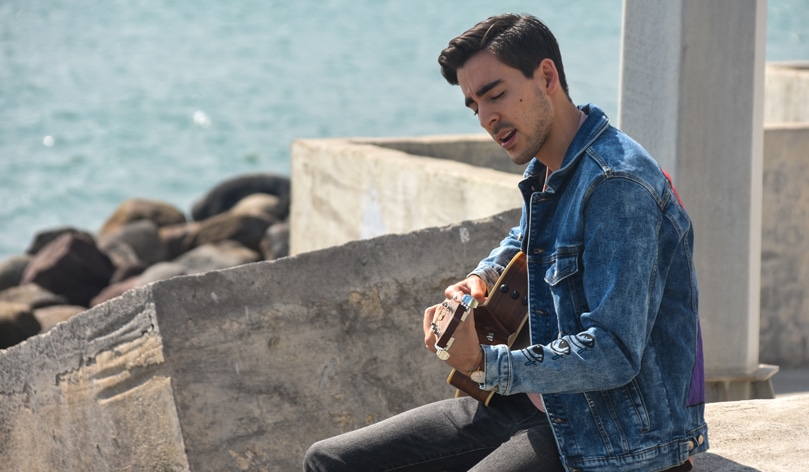 Miguel Soto had popped up on the Idyllwild Arts radar screen by earning a place in the semifinals of the International Songwriting Competition. A closer look at the 2016 Academy graduate’s recent activities revealed a musical star rising in many parts of the night sky.

That star had been rising from his family home in Veracruz, on the coast of the Gulf of Mexico. In Veracruz, teaching a dozen students for his parents’ online music school was keeping him busy. Not so busy, however, that he couldn’t focus also on performing and composing.

As Miguel spoke via Zoom in mid-March, tropical birds were making themselves heard through the screen door to his backyard. Maybe they were announcing their pleasure with the warm temperature. Maybe they were pleased not to be in Massachusetts, two thousand miles to the northeast.

But even in Massachusetts, better weather was approaching fast. The wedding season was approaching along with it. Massachusetts couples would be tying the knot because life must go on, even during a pandemic. They would be getting married as safely as possible and, as safely as possible, Miguel would soon be flying to Boston to sing at their weddings.

“After graduating from Berklee College of Music, in Boston, last spring—online, of course—I wanted to go to Los Angeles to intern with a record label. But because of the pandemic, Boston made more sense. And the wedding season had arrived, so I became lead singer for the Cover Story Band. We kept busy until December, when the weather turned too cold for outdoor weddings.”

Love in the Air 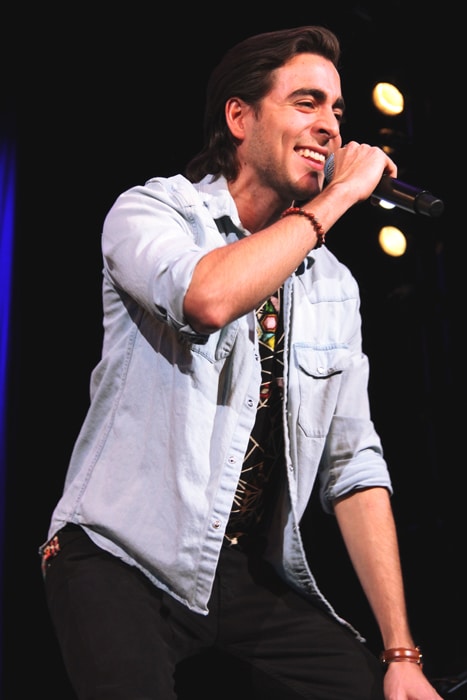 Miguel smiles. The angular face has changed a little since his Idyllwild Arts days because he has a beard and a mustache now. Yet the smile remains infectious. The smile communicates happiness to the interviewer, who knows that Miguel has good news.

“Wedding bands need both a male and a female voice,” Miguel says. “Our female singer is wonderful: Sammi Jordan, from New York. Sammi is finishing up at Berklee.”

Love is in the air. So Miguel’s mind flies—swift and sure like one of Cupid’s arrows—to an explanation of another of his musical activities.

“I also write personalized songs on request for Songfinch. I made a lot of money a few weeks ago, around Valentine’s Day.”

He winks at the interviewer.

“Something for you to remember, next Valentine’s Day.”

The interviewer had already found Songfinch on his laptop. He bookmarks it, noting that Valentine’s Day is only eleven months away, as Miguel starts talking about his recent appearances on Mexican television.

“I made it into the Top 10 on the Mexican version of The Voice. I did pop songs in English, which made me unusual. It was fun, and I learned a lot from doing it because the performances weren’t in front of an audience. As a performer you feed off the spectators’ energy, so putting the same kind of passion into singing without an audience was a challenge.”

Miguel’s passion in front of an audience is well remembered at Idyllwild Arts, as is the versatility which has only broadened during the last five years. He spent three years at the Academy, beginning as a Songwriting major and, in his senior year, transferring to the Jazz program as a drummer. His main instrument for composition is piano, and he also plays guitar and ukulele.

Building on a Strong Foundation

“Songwriting is taught beautifully and completely at Idyllwild Arts by Don Reed and Kasaan Hammon. Berklee’s Songwriting curriculum didn’t feel right for me because I already had a strong foundation. After learning so much from Don about the musical aspects around a composition, and so much from Kasaan about writing top-lines—a song’s vocal melody and lyrics, normally for instrumental tracks made up of beats and other instrumentation—I wanted a different emphasis in college. I’m now a confident songwriter and top-liner, writing for music publishing companies like Rolls-Royce Music Box.” 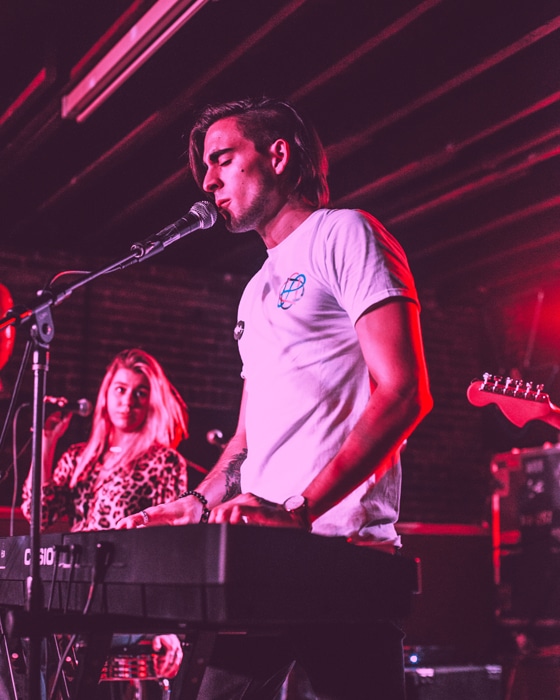 At Berklee, Miguel designed his own major, focusing on Vocal Performance and Music Production. His TV success on La Voz implies that, as memorable as his Idyllwild Arts singing was, the Vocal Performance work at Berklee helped him become an even more polished performer.

As for his Music Production studies, what he learned will supplement his composing and performing talents as he tries to “broaden the Spanish music scene.” He regards that scene as dominated by pop, dance, and reggaetón, while his own wide-ranging musical tastes currently lean toward alternative pop/rock. He often hears that his band, Taller Than Trees, sounds similar to Coldplay or Panic! at the Disco, with a touch of the classic-rock sound of Queen. The Taller Than Trees song list on Spotify includes both of his International Songwriting Competition pieces, “Tira La Máscara” and “I Keep Falling.”

Significantly, “Tira La Máscara” is in Spanish and “I Keep Falling” is in English. “In my music, I like to blend the two languages and cultures that I consider equal parts of my identity,” Miguel says. “I hope that listeners find the resulting Spanglish musical concept refreshing. Any musician who experiences different cultures can use music to break the boundaries between them. It’s a way of encouraging diversity and freedom.”