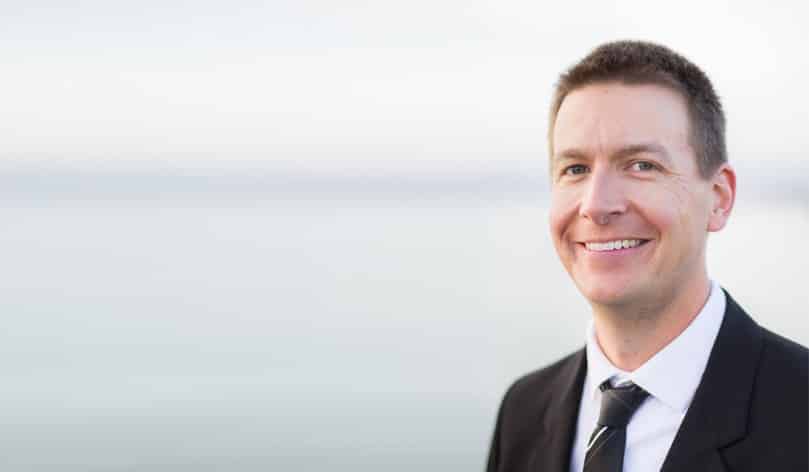 The Academy’s ambition of leading already-accomplished teenage classical musicians to the next level is in good hands with Moerschel. His viola artistry in one of the Calder Quartet’s countless international performances has elicited praise for “flawless ensemble, impeccable intonation and serene concentration,” and “barely restrained passion” by one writer.

That Australian music critic also noted Calder’s “considerable facility in performing new music” during a concert in which the Quartet moved seamlessly from Beethoven and Brahms to Thomas Adès (b. 1971), Esa-Pekka Salonen (b. 1958), and Anders Hillborg (b. 1954).

Moerschel says that he, violinists Benjamin Jacobson and Andrew Bulbrook, and cellist Eric Byers “try always to include a new-music piece” in their concerts, alongside traditional works that the new music “has to have a connection to.”

We “take people out of their comfort zone,” Moerschel continues. “But it might be our greatest satisfaction to hear someone say that thanks to us they were able to enjoy a piece that had seemed alien before.”

His equal facility with both traditional and new music is made to order for an Idyllwild Arts classical music faculty determined to underscore the contemporary relevance of a traditional art.

The astonishing work ethic that Moerschel shares with his Calder colleagues also models artistic passion for the Academy’s gifted teenagers.

“We started playing Beethoven’s quartets in 1999 and it took us until last year to learn all sixteen,” he says. “But you can’t microwave Beethoven!”

He grew up in the Boston area and now lives with his wife and two young daughters in Culver City. That’s a little more than a hundred miles from Idyllwild—not too far for Academy violists to travel for weekly private lessons with a master whose preparation for Morton Feldman’s String Quartet No. 2, a “1983 opus of titanic duration” according to The New York Times, was like training “for a marathon.”

If a classical music career is like a marathon without a finish line, Jonathan Moerschel will be running tirelessly next to Idyllwild Arts Academy’s young violists to help them develop and hold their form.