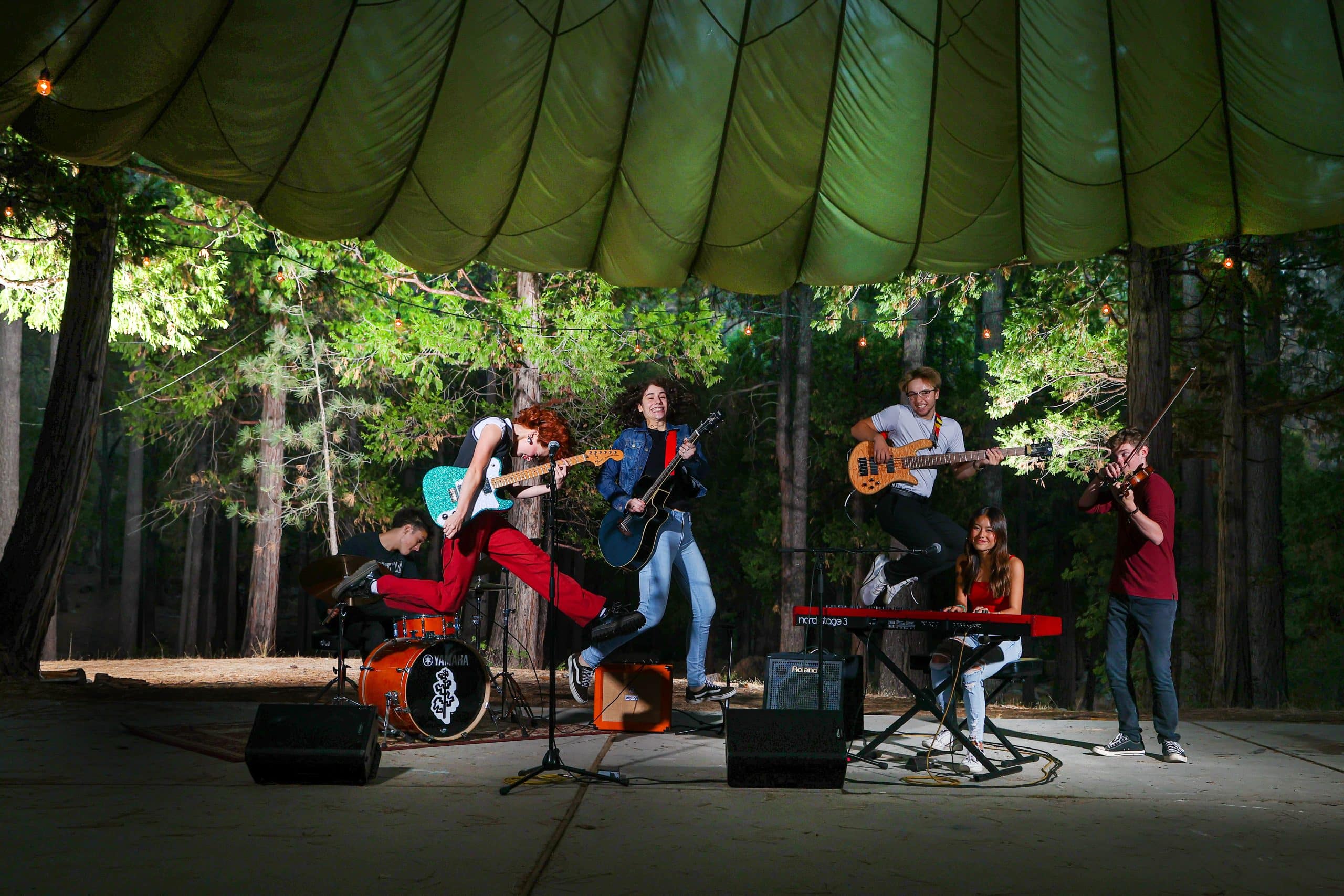 The Idyllwild Arts Academy Songwriting Concert, on Thursday evening, Feb. 10, from 7:30 to 9, presents an excuse to mention an appointment that may have flown under the radar last fall: Kasaan Hammon’s promotion to Assistant Chair of the Academy Music Department.

Former Academy Songwriting major Miguel Soto, a 2016 graduate, talked at length about Hammon recently, just before his upcoming move from New York to Miami for the purpose of involving himself more intimately in the Latin music scene. Warner Chappell Music Mexico, a division of Warner Chappell Music, Latin America, has signed Soto as a songwriter, and he gives Hammon much of the credit for his musical development.

Soto recalls Hammon as “one of the Music Department’s most valuable teachers,” partly because she was “so committed to us” and “always available outside of class.” But Hammon also offered “criticism that was always direct and often tough, that always expressed what she really thought.” He sees Hammon’s directness as having “helped all of us in the Songwriting Program grow immensely” because “it’s important to know what a hard career you’re choosing if you want to be a professional musician – but also to be reminded that there are good career possibilities outside of becoming a famous pop star, which happens to very few of us.”

Told that her former student had appreciated her sometimes painful honesty, Hammon smiles.

“Yes, music is a hard and extremely competitive business. But I feel optimistic about our students’ prospects. As Miguel suggests, there are so many ways to succeed. One of the things that sets our Songwriting Program apart is that it’s geared to help students understand this. Our goal is to help students graduate with a clear idea of their unique set of talents and possible avenues into a career in music.”

Hammon is proud that the Idyllwild Arts Songwriting Program gives its majors the option of a Music Technology concentration, with classes taught by Michael Quick and Braden Diotte.

“We attract more and more students interested in music production because of the quality of our teachers and our growing number of offerings in music technology. But we don’t teach just the technical or production side of music. We also teach about music business. The business changes fast, but we educate our students in how to keep up with it. Part of that education comes from our master classes, for which we’re able to bring in top music executives. It doesn’t hurt that we’re close to Los Angeles. And meeting people like that gives our students a great head-start in networking!” 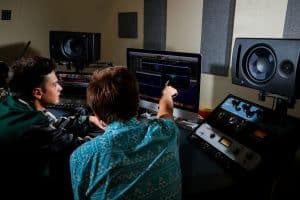 The Beating Heart Behind It All

None of this means that the Idyllwild Arts Songwriting Program neglects the beating heart of the music industry: the music itself.

“Don Reed, Michael, and I form the core of our Songwriting faculty,” Hammon says. “Every song that our students present gets feedback from all three of us. That’s a tremendously broad range of perspectives because, collectively, we truly cover every type of contemporary popular music. Don’s area is Americana, rock, and country. He loves Sixties and Seventies rock and folk. Punk too, for that matter. Michael’s tastes are very different from that. They’re broad and eclectic, but I’d say he’s especially knowledgeable about experimental music, though he has a great ear for everything from alternative to mainstream. And I’m all about pop, including electronic dance music, R&B, and even country.”

“Maybe I shouldn’t talk too much about my own specialty,” she laughs. “But the topline curriculum that I teach goes into technical depth in a way that you won’t find in other places.”

Aware that non-musicians probably know nothing about topline, Hammon explains that “Songwriting involves three main components. There’s the music, or accompaniment, meaning chords, beats, and instrumentation. There’s the melody, meaning the notes you sing, and the lyrics, or words. Most songwriters do a combination of these things, and some specialize in one or two. Topline writers specialize in writing melody and lyrics. For example, a music producer might have an exciting dance track with beats and lush instrumentation, but a good topline writer is needed to create the vocal melody and lyrics. If you start singing a song that you love out loud right now, you’re singing the topline.”

“Anyway, that’s what I do. And Don and Michael are wonderful, so I’m sure they don’t really mind me talking about it!”

In Her New Role

Hammon has brought “exceptional efficiency and problem-solving skills” as well as “warmth and humor” to her new role as Assistant Music Chair, according to the Music Department Chair, Heather Netz. She adds that Hammon’s “help has been indispensable and her energy seems tireless” and her “expertise in songwriting and popular music production has been fortuitous in rounding out our leadership,” since Netz’s own training is classical.

Because the Academy’s Music Department teaches classical music, jazz, and, in the Songwriting Program, all the major genres of contemporary popular music, it is vital that “all our music students feel represented and understood,” Netz remarks. Hammon excels at giving the kind of attention that makes people feel represented, understood, and valued. This is well known by Idyllwild residents familiar with her volunteer efforts as a member of the Idyllwild School PTA and the School Site Council since 2015 and as leader of the music team at Idyllwild Community Church.

With Hammon having given Netz all the help she was looking for, and more, Netz says that “We’re truly lucky to have her.”

Of course, given the riches of the Idyllwild Arts Music Department in general and the Songwriting Program in particular, it seems fair to say that Hammon is also lucky to have the role she does – and that the students are lucky to have such an education.