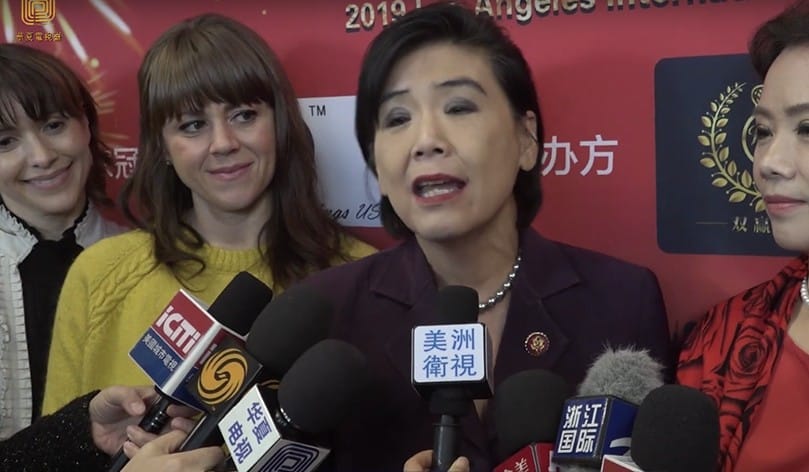 “We usually focus so far away for international recruiting,” she points out.

Just over half of the Academy’s students come from outside the United States. The founders of Idyllwild Arts, in the 1940’s, envisioned a place where people of all backgrounds could come together to experience the arts. They believed the arts could promote international understanding, and Andrea’s recruiting trips last autumn to the Czech Republic, Indonesia, Russia, and Ukraine supported that goal.

But international travel is exhausting even for someone with Andrea’s energy, who teaches Musical Theatre part-time in addition to working full-time for Admission. Her day in the Rosemead High School Auditorium, a few miles east of Los Angeles, was a walk in the park by comparison.

“Well,” she adds, “you should ask our seven Dance majors who went if being there from ten in the morning to seven at night was exhausting. Long day or not, though, and in a pretty chaotic environment where they were surrounded by hundreds of little kids, they acted like true professionals and did a beautiful job with the jazz dance piece they performed.”

She glances away from her interviewer toward her computer screen. It’s high season for the Academy’s Admission office and the e-mails never stop coming.

“I don’t have to answer that one right now,” she says. “Of course, our part-time Dance teacher, Irishia Hubbard, had done a beautiful job of choreographing the piece.”

One of the Academy Dance majors who performed at “My Shining Star” comes from Taiwan, and she was invaluable as a translator.

“Sometimes we forget that there are big international communities in the U.S.,” Andrea says. “Having me there to talk about Idyllwild Arts and having our dancers there to show off what we can do in front of such a big crowd—there were a lot of people watching—was a way for the Academy to make contact with one of those communities.”

Not that “My Shining Star” was an all-Chinese or all-Chinese-American event.

“Nope,” Andrea says. “I saw people of every background there, and they’d come from all over Southern California. And Judy Chu, the Congresswoman from California’s 27th District, was there. That tells you it was a big deal!”