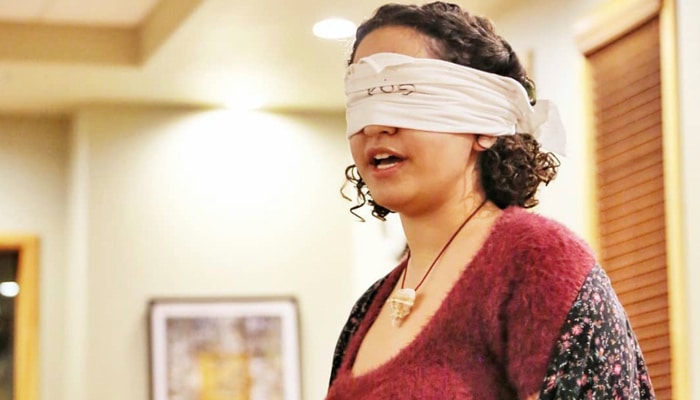 The forthcoming publication of Idyllwild Arts Academy twelfth-grader Rome Smaoui’s short story, “Days of Summer,” in Narrative is a startling achievement for a high school student. Narrative is a top-tier literary journal. The number of Narrative pieces appearing annually in the prestigious anthology, The Best American Short Stories, compares well with the numbers chosen from The Kenyon Review, The Missouri Review, and Virginia Quarterly Review.

“Days of Summer” suggests not only Rome’s talent, but the ambivalence about her identity that drives much of her work. The story takes place in Rome’s North African home country, Tunisia.

“It’s about two young sisters whose mother is very strict and won’t let them leave the house by themselves,” she says. “Strictness like that toward girls isn’t unusual in that part of the world. Through their windows they can see boys playing outside, and the boys tease them. One day the sister who’s a little older rebels and climbs out the window.”

Rome is friendly and she smiles throughout the interview. Now her smile becomes wider.

“If you want to know how it ends you can read it in Narrative. It comes out in November.”

Rome is sitting in her room in her parents’ house in Davidson, North Carolina, twenty miles north of Charlotte. The sun shining through her window and over her shoulder leaves a glare on the Zoom screen. The interviewer asks if she can move her chair. Rome obliges.

“I don’t live with anything like the strictness that those sisters experience,” she says. “Especially not when I’m at Idyllwild Arts! But if you were to ask me what I am, just like you’d probably say you’re an American, I wouldn’t hesitate. I absolutely consider myself a Tunisian. I guess that’s strange since I always feel pushed out by Tunisian culture when I visit there. They think of me as American instead of Tunisian.” 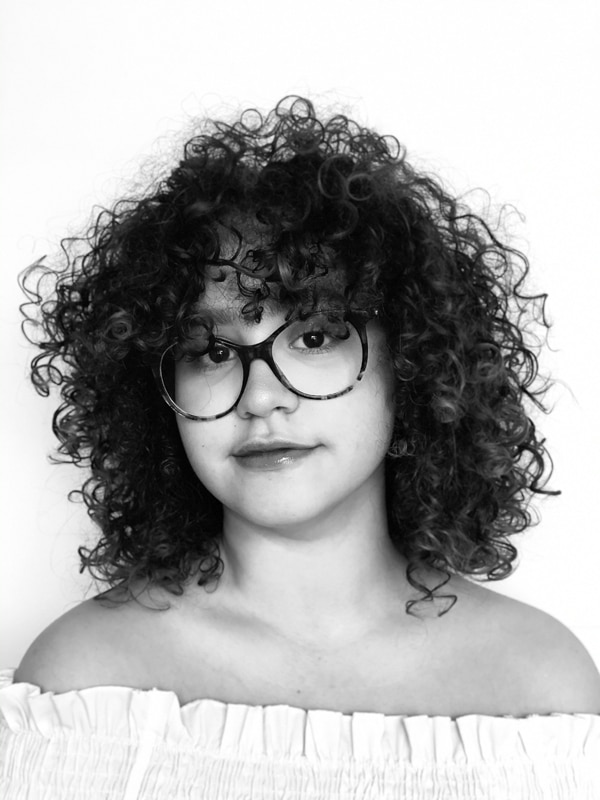 Almost a decade ago, Rome’s parents made a game of permitting only English to be spoken at home. In the accent that is the consequence, hinting that she might have grown up in Los Angeles or Seattle, she explains that her name is connected to her sense of exclusion.

“My given name is extremely common in that part of the world. But feeling pushed out like I did, it didn’t seem to belong to me. For Idyllwild Arts, where I first came as a sophomore, I needed a new name so I could reclaim my identity. A lot of our Chinese students take new names, and that’s about more than the difficulty that English-speakers have in pronouncing Chinese. Renaming yourself is liberating! Anyway, I wrote a story about a girl named Rome who was everything I wanted to be: carefree, but also. . . I don’t know. I guess free, period.”

The desire for freedom is easy to understand, as is renaming oneself as an expression of, and even a path to, freedom. But why “Rome”?

“Not sure. Rome is a specific place, but also one of those places that’s known everywhere. So maybe it’s a way of saying that I could be from anywhere: that you can’t pin me down.”

Yes. In 1175, when French theologian and poet Alain de Lille observed that “a thousand roads lead to Rome,” he knew that the roads also led out of the city.

Rome herself first followed a road out at the end of the summer of 2011, when she was eight. The previous December, a Tunisian street vendor named Mohamed Bouazizi had set himself on fire to dramatize his country’s lack of economic opportunity, igniting the Arab Spring protests. As the revolution in Tunisia proceeded, Rome’s parents moved the family to Dubai, where her father had work. She lived in Dubai until she came to Idyllwild Arts in August 2018.

The next big move for Rome after graduating from the Academy next spring might be to New York. This past summer she enjoyed Columbia University’s advanced creative writing workshop, participating online, of course. Now she hopes to continue her creative writing studies at Columbia.

Before the coronavirus pandemic struck, Rome had found inspiration in New York for another of her notable writing achievements.

“I was in a museum. New York has so many that I can’t remember which one. But I saw a writer use his entire body to perform a poem, and decided that I wanted to do something similar.”

The result was her blindfolded recitation, at an Idyllwild Arts campus reading, of “I Mother Some Instinct.”

“Some people told me that seeing a poem recited blindfolded was so striking that they didn’t notice the words,” she laughs. “But I hope that whoever reads the poem will notice that it’s about God and our vulnerability to God, which is even greater than the vulnerability of blindness. But it’s a pretty good metaphor for our relationship to God, who’s supposed to be invisible but able to see us at all times.”

She brings her face up to her computer screen to check the time. Her next class will start soon.

“I hope this was okay,” she says. “I’ve never been interviewed before.”

Rome’s talent is likely to warrant many more interviews. And she has done better than okay. She has spoken with the vulnerability and candor that make her stories and poems remarkable.