IDYLLWILD ARTS IS PROUD TO PRESENT THE NEW PODCAST

One World. One Idyllwild.
The Series

In Conversation with Pamela Jordan 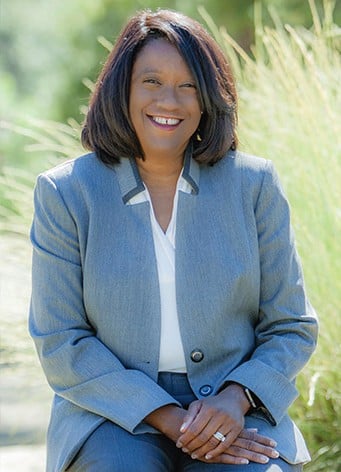 One World. One Idyllwild. The Series. brings together thought leaders, creatives, influencers and changemakers, highlighting the work of citizen artists whose careers and lives have been shaped by the transformative power of art.

Chef Freddie Bitsoie: Former Executive Chef at the Mitsitam Cafe at the Smithsonian National Museum of the American Indian.

Pamela invited guests into her home via zoom for the taping of this episode, as she welcomed Chef Freddie Bitsoie into her kitchen, former Executive Chef at the Mitsitam Café at the Smithsonian National Museum of the American Indian. Chef Bitsoie is one of a few Native American chefs at the forefront of preparing, presenting, and educating about foods indigenous to the Americas. Idyllwild Arts’ Director of Native American Arts Program Shaliyah Ben (Diné) provided commentary and history of Cahuilla land, on which Idyllwild Arts is located. This conversation with Chef Bitsoie included a live culinary presentation of select recipes from his new book, “New Native Kitchen: Celebrating Modern Recipes of the American Indian”. Accompanied by original artwork by Gabriella Trujillo and offering delicious dishes like Cherrystone Clam Soup from the Northeastern Wampanoag and Spice-Rubbed Pork Tenderloin from the Pueblo peoples, Bitsoie showcases the variety of flavor and culinary history on offer from coast to coast, providing modern interpretations of 100 recipes that have long fed this country. Recipes like Chocolate Bison Chili, Prickly Pear Sweet Pork Chops, and Sumac Seared Trout with Onion and Bacon Sauce combine the old with the new, holding fast to traditions while also experimenting with modern methods. In this essential cookbook, Bitsoie shares his expertise and culinary insights into Native American cooking and suggests new approaches for every home cook.

Join us at 4pm PDT on November 20th, 2022 for the premiere on the Idyllwild Arts YouTube channel.

In this episode, Pamela speaks with Stosh Mintek, Chief Executive Officer of Ghetto Film School. A 2003 graduate of Yale University with a double-major in English and Film Studies, Stosh has worked with Ghetto Film School (GFS) since 2004. As Program Director (2004-2008), he produced GFS international film shoots in France, Uganda, and Brazil, as well as hundreds of short films in New York City. As Director of Development and Special Projects (2008-2012), Stosh supervised the implementation of $2.5 million in capital funding to build the South Bronx Post House and launched GFS Master Class, which delivers the school’s award-winning arts education model on a global scale. In 2012, Stosh became the Executive Producer of Digital Bodega, Ghetto Film School’s then in-house, now independent transmedia production company. Digital Bodega is staffed by top alumni from GFS and operates out of the South Bronx Post House, creating bespoke media solutions (including commercials, ethnography portraits, and trends reports) for such corporate clients as Sony, Nike, Atlantic Records, and JP Morgan. In 2014, Stosh relocated to Los Angeles to become the Executive Director of Ghetto Film School LA, the West Coast division of GFS before being appointed as Chief Executive Officer of Ghetto Film School in 2018.

John Daversa: Chair of Studio Music and Jazz at the Frost school of Music at the University of Miami

This episode was shot live on the Idyllwild Arts Campus, with students from the Jazz In The Pines Student Workshop in the audience to support one of their instructors in the program, John Daversa, Chair of Studio Music and Jazz at the Frost School of Music at the University of Miami. John is an internationally respected performer, composer, arranger, producer, bandleader, educator, and recording artist. In 2019, John won three grammys for American Dreamers: Voices of Hope, Music of Freedom including Best Large Jazz Ensemble, Best Instrumental Arrangement & Best Improvised Jazz Solo. Dr. Daversa’s celebrated career has included appearances on “The Today Show,” “Late Night with David Letterman,” “The Oprah Winfrey Show,” as well as such musical gatherings as the Montreal Jazz Festival, and the Playboy Jazz Festival. He has recorded with such notable and distinguished artists as Herbie Hancock, Fiona Apple, Sheryl Crow and The Yellowjackets.

In this episode, Pamela speaks with Michael Kaiser, who served as President of the John F. Kennedy Center for the Performing Arts in Washington, D.C., from January 2001 through August 2014. During his tenure, he expanded the educational and artistic programming for the United States’ center for the performing arts, oversaw a major renovation effort of most of the Center’s theaters, and led the nation in arts management training. In honor of his accomplishments, the Board of the Kennedy Center named him President Emeritus in 2014.

This episode features Dr. Lorne Buchman, President Emeritus of ArtCenter College of Design, an international leader in art and design education. When Buchman was appointed president in 2009, he quickly engaged his community to define what a great art and design college should be in the early 21st century. His talent for gaining consensus among diverse constituencies proved key to ArtCenter’s mission-driven growth. During Buchman’s presidency, the College increased the undergraduate and graduate degree programs and realized record enrollments. His passion and deep commitment to excellence in education has generated an unprecedented response from alumni and foundations. As part of the president’s advocacy for the value of art and design to audiences beyond academia, Buchman hosts the podcast, Change Lab: Conversations on Transformation and Creativity. Dr. Buchman has served as president of both Saybrook University and California College of the Arts . A trained theater director and scholar, Buchman is the author of Still in Movement: Shakespeare on Screen. His book, Make to Know: From Spaces of Uncertainty to Creative Discovery, was published by Thames & Hudson in August of last year.

Pamela speaks with Steven Lavine about the recent release of his biography: Steven D. Lavine – Failure Is What It’s All About. A Life Devoted to Leadership in the Arts. Steven also speaks about leading CalArts through a crisis following the Northridge Earthquake of 1994 and why art, the artistic process and the artists are so important today. Pamela will also speak with Joseph Davis, a senior in the Music Department who was unable to travel from Jamaica to the US to complete his senior year due to the pandemic. Joe performed at the Inauguration celebration for Vice President Kamala Harris with the California State Society and since the pandemic began, his YouTube channel has climbed to 733 subscribers.

Rebeca Chew was Founding Principal of School of the Arts, Singapore, the first secondary art school in the nation. She speaks with Pamela about the role that art now plays in the educational system in Singapore and what the arts are teaching tomorrow’s generation of leaders in her country. Pamela also speaks with Marie Catherine (MC) Payen about growing up in a bi-racial family in Haiti and the lessons she has learned from watching her mother work with Beyond Borders, a non-profit organization committed to ending child slavery and preventing violence against women and girls in Haiti and the U.S.

View episode on the Idyllwild Arts YouTube channel
Jason Patera, Head of School at Chicago Academy for the Arts, speaks with Pamela about the misconceptions surrounding drugs and artmaking, how being an endurance athlete has shaped his views on educating students, and his popular Ted Talk “Life at the Intersection of Excellence, Purpose, and Passion”. Pamela will also speak with Azul Serrano, a senior in the Creative Writing Department who shares her experiences of a childhood fraught with illness and how writing brought her solace, hope and healing.

Trung Le and Sam Chaltain, founders of 180 Studio, speak with Pamela about their latest venture Seed + Spark that uses nature as a model to reimagine the future of school. Pamela also speaks with Sedona-Sky Duffy, a senior at Idyllwild Arts about growing up in Bermuda, her passion for Diversity, Equity, and Inclusion and choosing Idyllwild Arts to pursue her dream to one day perform in London’s West End Theatre District.

Reveta Bowers has mentored hundreds of school leaders during her 42-year tenure as Head of School at the prestigious Center for Early Education in Los Angeles, CA. She speaks with Pamela about her career, Diversity and Inclusion in independent schools and her family’s experience during the Black Wallstreet Massacre in 1921. Pamela also speaks with Aminta Skye, a senior in the Music Department and co-founder of Idyllwild Arts’ Black Student Union. We will hear an excerpt from Ivory Is Normalcy, an original song that Aminta performed at the Inauguration celebration for Vice President Kamala Harris with the California State Society.

Watch the premiere on the Idyllwild Arts YouTube channel, when Pamela Jordan interviews Thanh Bui, an award-winning Australian-Vietnamese singer-songwriter, who chose to leave his parents and his homeland in order to pursue a career that led to numerous gold records and Number 1 hit songs. Pamela also speaks with Wyatt Rosenthal, a senior in the Idyllwild Arts Film & Digital Media Department, who is pursuing his dream of becoming a professional filmmaker.

One World. One Idyllwild. The Series. Is a production of Idyllwild Arts Foundation. Executive Produced and Created by Pamela Jordan. Directed and Produced by Rose Colella. Edited, Engineered and Mastered by Justin Holmes. Marketing and Publicity by Dana Albright, Molly Maple & Alice Metcalfe. Marketing Assistance by Rose Colella. Production and Research Assistance by Keith Miller. Production support by Palencia Turner. Our theme song is “Beaconing”. It was composed and performed by Marshall Hawkins.