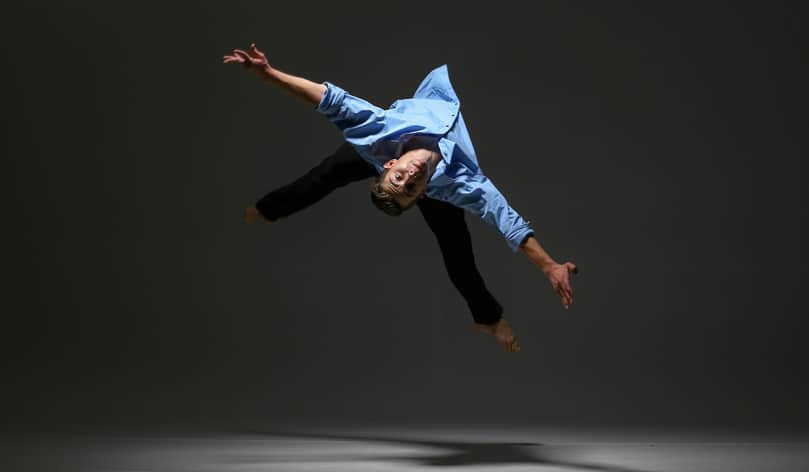 But the presence of “Academy” in the name right next to “Arts” suggests that academic excellence is also valued. For this reason, one of the two student speakers at the annual Idyllwild Arts Academy Commencement ceremony is the valedictorian, the student whose academic achievements are greatest in the graduating class.

The 2021 valedictorian is Enoch Grubb, a Dance major who has attended the Academy for three years. Enoch’s academic achievements aside, however, he’s a classic Idyllwild Arts student, who sees his power to change lives as lying mainly in his artistic talent and passion. This is why, though he has the grades to get into Columbia or Stanford or Northwestern, at the end of the summer he will go on to Codarts University of the Arts, in Rotterdam, a Dutch arts university where he can focus on dance.

“My parents are musicians and we always had a lot of music in our house,” he recalls. “So I liked the musical aspect of dance. At first I did a lot of hip hop in classes at our church. But dancing became my thing right away, and I started ballet when I was ten because ballet makes you better at all kinds of dance.”

The Dance That Suits Him 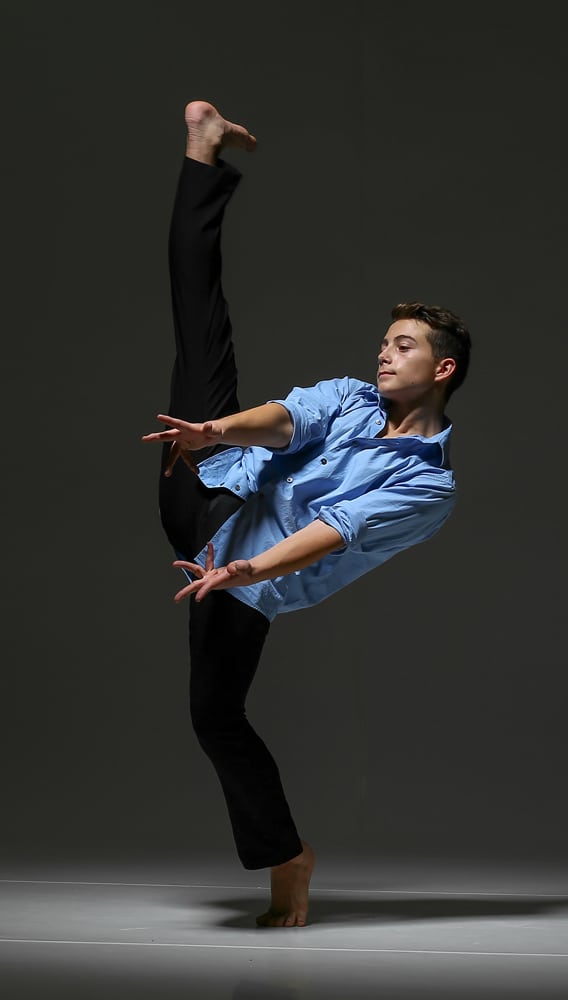 By the time of his sophomore year of high school, he had become good enough at all kinds of dance to leave Simi Valley for Idyllwild Arts. Ballet is, of course, central to the curriculum taught by Dance Department Chair Ellen Rosa-Taylor and her faculty colleagues. But Enoch is not sure that he’s built for ballet.

“Length is important in ballet. The way the movements are designed, bodily length enhances their beauty. And I don’t have a long body: I’m about five-six.”

From the time he began dancing, contemporary dance has impressed him the most. At nine years old, he may have given little thought to what type of dance would suit him best. But at seventeen—he’ll turn eighteen in July—Enoch has thought about it a lot.

“I’m a short person, and I love floorwork. You don’t often see ballet dancers down on the floor!”

He believes that Codarts will be right for him largely because “It emphasizes contemporary concert dance and that’s what I want a career in. When I started at Idyllwild Arts, I was interested in contemporary commercial dance, but that’s changed.”

The Academy has changed him in other ways, too.

“I came here as a very uptight person, who would get stressed out about tests. Fortunately, focusing on dance has helped me overcome that. Something you learn as a dancer is not to tense up the muscles that you don’t engage. If you tense up all your muscles it’s exhausting, and you can’t dance as well either. You feel heavy. But I’ve learned how to avoid that through yoga and other relaxation techniques.”

Speaking of relaxation, the question arises whether he feels relaxed about traveling to the Netherlands for college. He has never been to Europe.

“I think it’ll be tough in the beginning because it’s so far away. But at first my parents weren’t thrilled about having me come to Idyllwild, which is only three hours from Simi Valley.”

“But they thought, and I thought, that Idyllwild Arts Academy would be good for me. We were right. And we think the same thing about Codarts.”