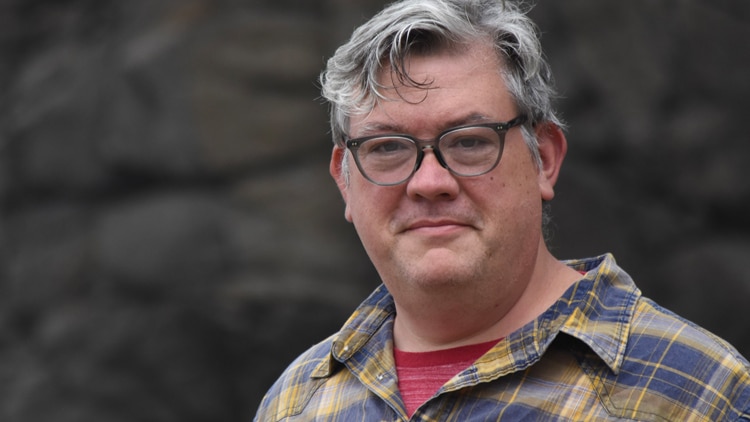 “I’m not very interesting,” Ed Skoog said at the end of a conversation in which he had proved the opposite.

The award-winning poet and former (2005-2008) Chair of Idyllwild Arts Academy’s Creative Writing Department has returned to stand in for the current Chair, Kim Henderson, while she spends time with her daughter, born last November.

If the interviewer could not detect a false note in Skoog’s modesty, it may be because Skoog knows we expect “interesting” people to shine spotlights on themselves. Skoog excludes himself from this definition of “interesting” by talking less about himself than about his students, their prospects of success as writers, and how to build a writing career.

“I’m moderately talented, but I’ve stayed focused. If you stay focused and work hard at your craft, in time you’re going to write something worth reading. You’re also going to learn all kinds of techniques to share with young writers. But that doesn’t make me more capable than”—he pauses to decide which of the Academy’s Creative Writing majors to mention—”Samara O’Neil, who’s a fourteen-year-old freshman, of writing something informed by the passion and intention that, in the end, are what really count.”

Staying focused has included, for Skoog, thinking seriously about how to sustain a career which never guaranteed vast financial rewards.

“After receiving my M.F.A. from the University of Montana in 1996, I had to decide on my next move. I wanted to write, so I knew I would need to live inexpensively. It came down to either Memphis or New Orleans, at that time the two cheapest places to live out of the country’s hundred largest cities.”

The move to New Orleans echoed his previous choice of Kansas State University for a B.A.

“I grew up in Topeka. Kansas State is only an hour west of there. It’s an agricultural college, and I didn’t know a single other person who wanted to be a writer. But Kansas State was cheap.”

Pretending You Never Did Art

The theme of frugality becomes significant when Skoog talks about people that he met later, in Montana and elsewhere, who did have artistic ambitions.

Skoog is talking via Zoom, from his home in Portland, Oregon. A noise, barely audible to his interviewer, catches his attention from behind the wall at his back. He is momentarily distracted. Then he continues.

“At the age these students are, you’re ready to be set on fire, and art is the flame. There are reasons why you would allow the fire to be extinguished. But if you accept those reasons and accept another kind of life, you have to wonder what if. . . and to keep from doing that, once you turn away from art you pretend that you never did art. It’s too painful to remember what it felt like to be on fire.”

Skoog recalls that the fire for poetry started to burn in him at age nine.

“My parents were solid professional people in a courteous, middle-class town. But they were friends with a couple who didn’t fit the pattern of their other solid, professional friends. I remember the tie-dye and batik fabrics on the walls. Because they were so different, I didn’t quite understand what they did or who they were. So one day I asked my mother. Her voice changed as she said, with what was obviously pride in knowing them, ‘Why, they’re writers.'”

“The way she said it made an impression. I thought that maybe a writer was something I could be.”

After Kansas State, where Skoog was “the only fish in the pond” at an English Department that supplied little oxygen to aspiring writers, and the University of Montana’s renowned Creative Writing Program, came New Orleans. While writing and publishing his poems, he worked as grants officer and website manager for the New Orleans Museum of Art. His publications led to a part-time teaching job at New Orleans Center for Creative Arts, an arts training center for high school students. There, he discovered that he loved teaching. 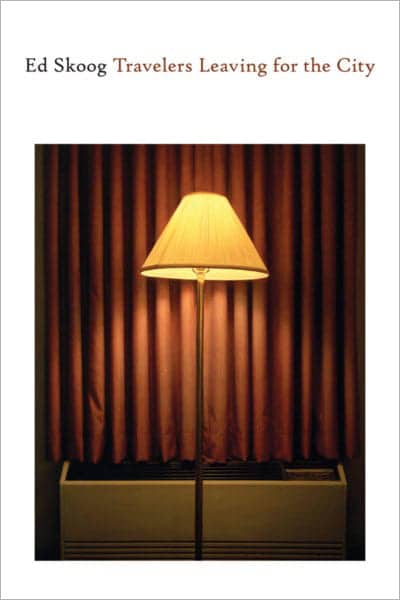 At first he was embarrassed to teach writing because he hadn’t published a book. But he heeded his own advice to stay focused and work hard at his craft. The books came: most recently, last year, Travelers Leaving for the City, his fourth collection of poetry.

Skoog left New Orleans to come to Idyllwild Arts in 2005, moving to the Pacific Northwest in 2008 to accommodate his wife’s studies to become a pharmacist. He has continued to teach in the Idyllwild Arts Summer Program.

He still loves teaching and it’s clear that his students love learning with him. They love his mastery of technique and his wish still to be on fire for poetry. And they love the way that his born teacher’s regard for the subject matter and for themselves—the students—surpasses self-regard.

Skoog’s work has appeared in The New Yorker, Harper’s, The Paris Review, and Ploughshares. It has been honored by the Poetry Society of America. Yet, during the interview, he scarcely mentioned his achievements. He gave more time to praising a fourteen-year-old freshman writer, as well as a number of her colleagues in the Idyllwild Arts Creative Writing Department. These include twelfth-grader Rome Smaoui, who he says “has a bright future ahead of her.”

Assuming that Samara O’Neil and Rome Smaoui and some of the Academy’s other Creative Writing majors do enjoy bright futures, they’ll owe part of that illumination to Ed Skoog.