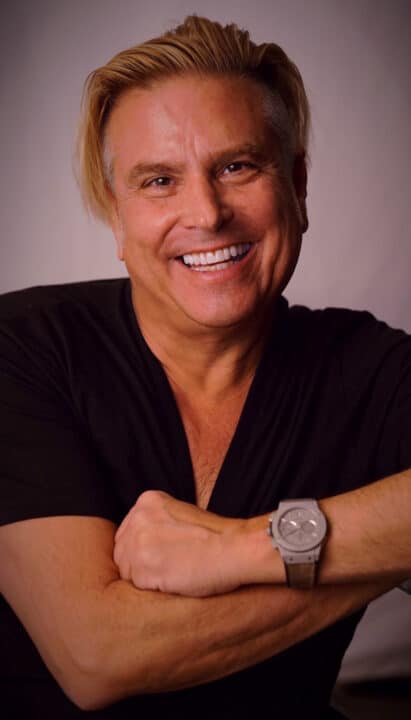 Bruce Finn is credited as the Director of Photography on more than a hundred major television network episodes and pilots. His work on some of the world’s most famous holograms, including the Michael Jackson hologram “Slave to the Rhythm”. Awards earned include: EMMY Cinematography Multi Camera “8 Simple Rules” ABC Primetime, EMMY Cinematography Single Camera “My Indian Summer” CBS Daytime. Hooked on photography from a young age, Bruce developed his first roll of film at age 9 and had his own darkroom at 12. After studying Photography and Video at Antioch College, his professional career began as an intern at Boston’s local commercial production company, RKO East. This led to a union job as a Production/Cameraman/Editor where Bruce was able to learn about his passion (lighting and shooting). Several years later, armed with the very beginnings of a “reel”, he moved to Hollywood. He initially got laughed out of meetings because of his lack of major market experience. He took anything he could get, including extremely low budget work. He always strived to make every job look as good as possible, no matter the budget or circumstances. Finn worked hard to learn the craft, and climb the ladder. He shot commercials including years of “Barbie”, Music Videos and TV shows “The A-List” and “Beakman’s World”. It was a 1995 CBS school break special, “My Indian Summer”, that earned him major recognition. The Daytime Emmy Award for Outstanding Single Camera Photography came just nine years after he moved to Hollywood and was told to “go home”. Perseverance paid off and Finn then served as Cinematographer for Peter Tolan’s television series “Style and Substance”, “The Hughley’s”, “Leap of Faith”, “Blue Collar Comedy Tour: the Movie”, and the independent feature “Naturally Native” which was screened at Sundance. “Eight Simple Rules” earned him the 2004 EMMY for Multi Camera Cinematography. One of the first Film DP’s to shoot Network Sitcoms on HD he went on to lens BET’s hit show “The Game” on location in Atlanta. Recent accomplishments include high profile Holographic image capture: “Apologue 2047” shot in Beijing, Directed by Zhang Yimou. Currently sharing what he’s learned as a Hollywood based Director of Photography he’s been training aspiring cinematographers as a Cinematography Professor.