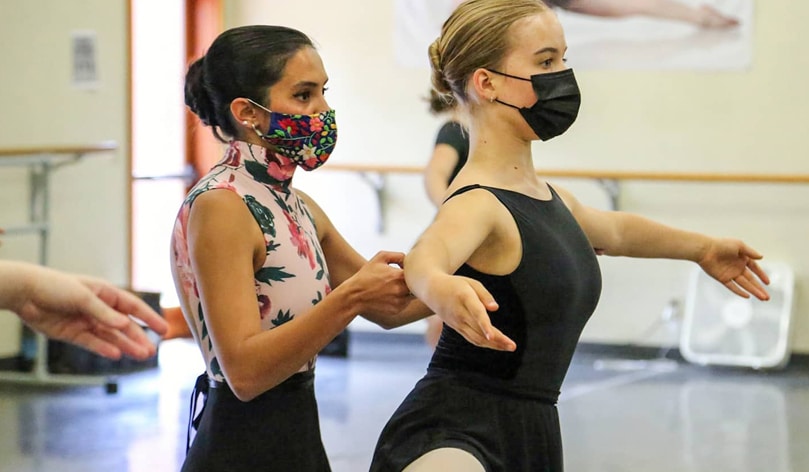 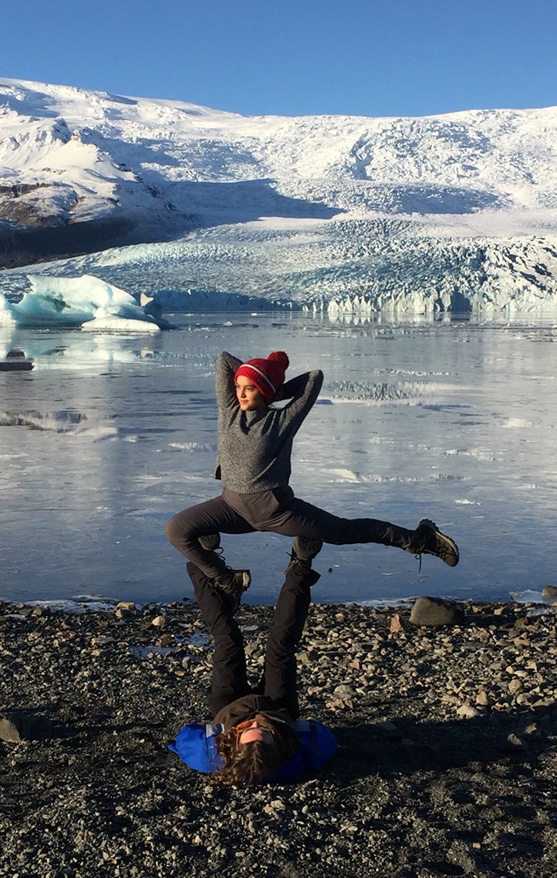 Daniela Rendon Alonso, a 2016 Academy alum, recently sat down to describe her duties as an AEL intern for 2021-2022. Not surprisingly, the former Dance major’s duties encompass teaching classes in her discipline (including Dance History) to Idyllwild Arts students. In addition, she teaches five-and-six-year-olds and eight-and-nine-year-olds in the Children’s Dance Program.

But as much as Dani loves being active, the sitting she did for the purpose of talking about her work is something that the internship also gives her plenty of time for–though it’s certainly not inactive sitting.

“I interview students about their applications for grants,” she explained. “Then after a grant has been awarded I regularly check in with the student to make sure the project is on track, and even after the project is completed there’s more interviewing in order to learn how the student’s growth as an artist has been affected by the extra creative work. I also need to track the Master Classes that AEL funds to find out how they’ve benefited students.”

She pauses to smile.

Dani smiles because she loves the work, not only in the moment but as a means for reflection on her future. She remains passionate about dance, and a career in choreography is a possibility. But the opportunities to work in arts administration or otherwise to support the arts are limitless. The AEL internship is giving her a taste of those opportunities at a time when she has finally understood that “just doing science isn’t going to cut it for me.”

Just doing science had seemed plausible as she neared the end of her three years at the Academy. She led the school’s Environmental Club and was looking forward to a college major in Environmental Science. She had previously considered a double major in Dance and Environmental Science. But tearing the anterior cruciate ligament in her knee–“I tore it a hundred percent”–during her junior year had caused her to miss the auditions for college dance departments.

She chose to pursue her Environmental Science studies in the Netherlands. Surgery had enabled her knee to heal, so she was also able to dance with the Dansnest company, “which was really special to me.”

On the other hand, Dani found that her university was not so special.

“After Idyllwild Arts, studying at a place where the teachers didn’t care about the students came as a shock. There was an earthquake in Mexico, but no one at the university said a word about it to me or to any of the other Mexican students. You can’t imagine that kind of indifference at Idyllwild Arts.”

She was also disappointed to find that the university had inflated its reputation as an “international” institution.

“If ‘international’ means that almost everybody is from the Netherlands, Germany, or France, okay, but. . .”

With a little initiative, however, Dani succeeded in finding the breadth of internationalism that the Academy’s population of students from some three dozen countries provides.

“I spent a semester in Berlin,” she recalls. “And I have to say that if Idyllwild Arts Academy were to become a city, it would be Berlin. The people were so unapologetically goofy that it really felt like I was back home in Idyllwild.”

In the strictest sense, Dani’s home is Mexico City. Yet her energetic curiosity about the world beyond Mexico City has helped make her comfortable in other places. These include Iceland, where she spent another semester.

“In Iceland the natural environment is incredibly beautiful. I loved it there even though I had to take Vitamin D because on a winter day you only get two hours of light–which I can’t bring myself to call sunlight because it’s not bright enough! The project I chose for my semester there was interning at an ecovillage called Sólheimar, fifty miles south of the capital, Reykjavík.”

“Among other things,” Dani says, “I helped out with arts projects.”

Dani has probably stopped taking Vitamin D now that she’s back in Southern California. But she is still in a beautiful natural environment and still helping out with arts projects, and still in love with her work.