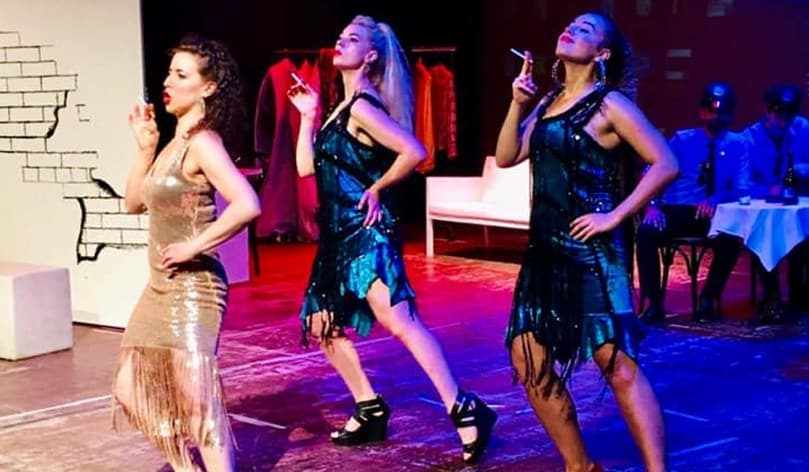 “In opera, women are usually victims.”

Ashley Rizzo Moss graduated from Idyllwild Arts Academy in 2005. Now she’s the Academy’s Admission Counselor and Recruiter for Music. She’s giving full voice to her excitement about her recent performance in Italy in an updated and revised production of Georges Bizet’s Carmen.

“Not that I like it,” she continues, “but it makes a certain amount of sense to portray women as victims in a male-dominated society.”

“If—and it’s a huge ‘if’—women accept the status men give them and don’t fight back. But that’s not the character Bizet created in Carmen, so to have his heroine killed by a man at the end of the opera seems contradictory.”

“You mean, that makes it like the momentum of events is everything?” her interviewer suggests. “Like our differences in character count for nothing? Like individuals have no power to alter the course of events?”

“Which isn’t Carmen,” Ashley says. “She’s a very different kind of character and she has a lot of power. Bizet put that power into her music, but he had to contend with the expectations both of the time—1875—and of the relatively conservative opera world.”

Almost a century and a half after Bizet, Andrea DelGiudice chose to defy such expectations.

DelGiudice selected the Narnia Festival, in central Italy, as the place to introduce a Carmen who acts according to her character.

“DelGiudice’s Carmen ends up like the badass Bizet had created,” Ashley says. “Instead of being killed by a lover, she kills him.”

“I should say sexual partner instead of lover; love isn’t Carmen’s thing.”

Yet DelGiudice’s Carmen is defeated, as in Bizet’s original opera.

“In an act of revenge, she’s murdered by another lover—or sexual partner—of the man she’d killed.”

Ashley knows that the story raises difficult questions of interpretation. DelGiudice is concerned about the global problem of violence against women, including femicide, but the problem’s solution isn’t clear.

“It’s not as if, just because when a man kills a woman it’s a bad thing, therefore when a woman kills a man it’s a good thing,” Ashley says. “Violence turned on its head is still violence. But DelGiudice’s Carmen made the point to Italian audiences that women aren’t necessarily at the mercy of men. Women have power. Women have agency, and they can choose how to respond to men. You hope they’ll respond wisely.”

DelGiudice had taught Ashley at Dicapo Opera Theatre, in New York. She needed a strong mezzo-soprano to sing the role of Carmen’s companion, Mercédès, and Ashley was happy to accept the offer.

But there were challenges.

“We had seventeen days from the first rehearsal until the first performance, which meant working all day almost every day. That’s not much time to prepare to sing for more than two hours in a foreign language—French—or to get the orchestral music, the dancing and fighting choreography, the costuming, the props, the lighting, and all the other elements right. I’m not sure how we pulled it off, but it’s a testament to the world-class cast and crew. They were the best I’ve ever worked with.”

Ashley was also challenged by being left-handed.

“That’s a no-no in Italy. Mercédès is right-handed, which I’m not, and also a smoker, which I’m not. So I hope I looked convincing with a cigarette in my right hand.”

Will there be additional performances of DelGiudice’s Carmen?

“Likely, since it was so well-received at the Narnia Festival.”

“I promise that if I get to sing Mercédès again, I’ll get the smoking part right!”