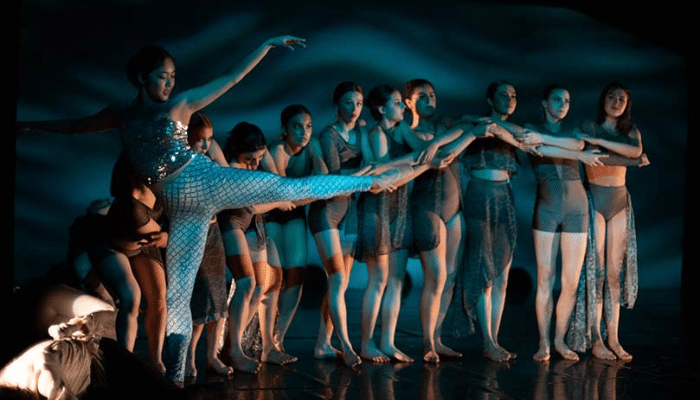 In the Spring Concert they and the other Idyllwild Arts Dance majors performed a forty-seven-minute piece based on Hans Christian Andersen’s 1837 fairy tale, The Little Mermaid, rather than on the Disney film. 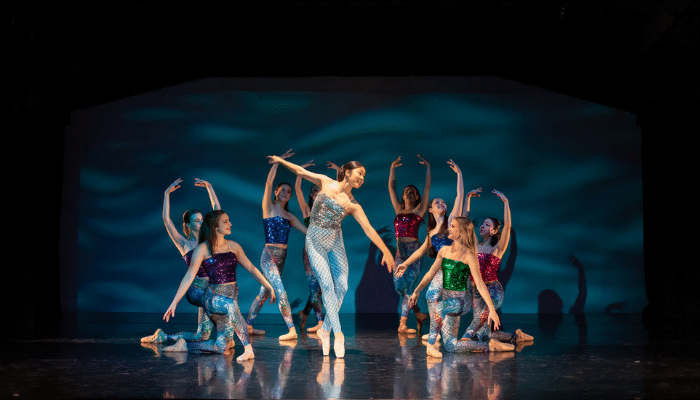 Though Idyllwild Arts Dance instructor Jonathan Sharp conceived of this brand-new Little Mermaid, Dance Department Chair Ellen Rosa-Taylor speaks proudly of how the performance highlighted not only how well her teachers work with one another, but also their versatility in teaching numerous dance styles.

“Jonathan wrote it,” Rosa-Taylor says, “but he asked several of our teachers to choreograph different parts. So the piece as a whole made room for different types of dance and different musical genres.”

“The different dance and music styles served as voices distinguishing the characters from one another,” Sharp explains. “For example, when the story focused on the Prince, the voice was classical. But when the Sea Witch was at the center, we went very rock-and-roll.”

He mentions himself and his teaching colleagues Hai Cohen, Yuka Fukuda, Rosa-Taylor, and Leslie Stevens as contributing choreographers.

“There was such a broad range of composers represented! We had modern operatic music by Gian Carlo Menotti, from Amahl and the Night Visitors, and we had classical music by Tchaikovsky and Prokoviev. We had John Mayer, who’s obviously not classical at all.”

“Oh! And I shouldn’t forget to mention our 2015 alum, Juan Miguel Posada, who’s a USC graduate. Juan came up from LA to choreograph one of the dances to a Missy Eliott song, doing the whole thing in two hours!” 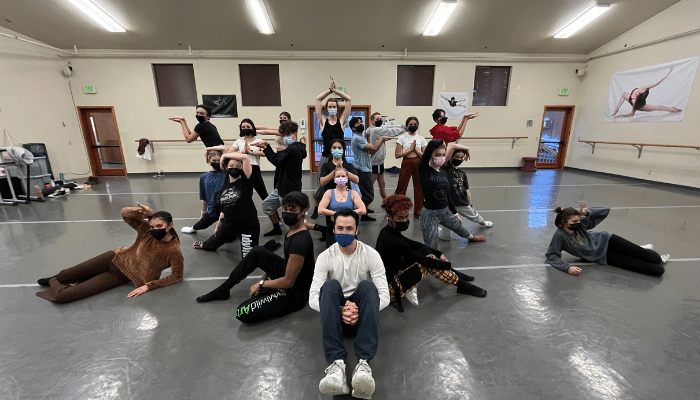 Sharp’s excitement is justified by a concert whose audience enjoyed beautiful dancing and imaginative choreography. Yet spectators were unaware of the behind-the-scenes work that makes the Idyllwild Arts Dance Department such a progressive force. In February, to supplement the brilliant work of her permanent faculty, Rosa-Taylor invited Academy graduate Kenny Borchard (2008) and Mauro Villanueva, the Directors of Joffrey Texas, to visit campus to work with the Dance seniors on a piece for the concert.

Traditionally, the teacher is the master of all students irrespective of gender; therefore, in an important sense the teacher stands beyond gender distinctions. But when the Joffrey Texas Directors announce that their pronouns are he/him, they make themselves vulnerable to a mode of categorization to which dancers have always been vulnerable.

“Telling students that my pronouns are he/him,” Borchard says, “is a simple way of telling them there’s an honored place for every gender identity in the class.” 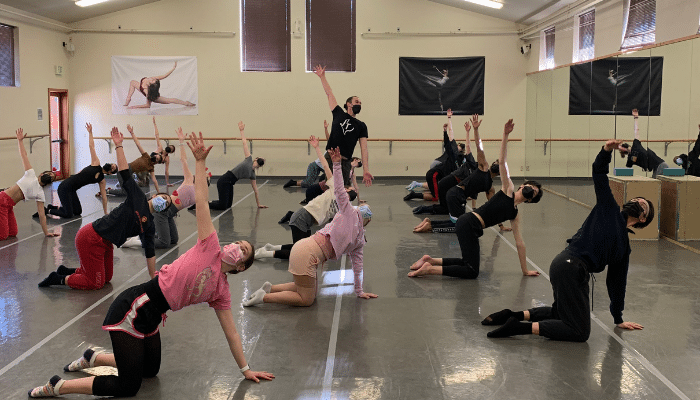 Honoring a dancer’s individuality takes on special importance when one recognizes that, as Rosa-Taylor points out, “A dance career is demanding, and you need to recognize the limits on how hard you can push yourself. If you don’t learn to self-regulate, the lesson will be taught to you in a way you don’t want to hear and when you’re least ready to hear.”

So Rosa-Taylor invited Ori Flomin to Zoom in from New York last fall to teach about yoga and healing, and she has had 2000 Academy graduate Wendy Reinert teach some Zoom sessions. Reinert, whose Being A Dancer supports dancers “advocating for better working conditions” and “all the things that go with being more than just a body,” credits Minding The Gap, Dance Artists’ National Collective, and Black Dance Changemakers with doing similar work.

Reinert teaches body neutrality, not body positivity, because “it’s unrealistic to insist on always loving one’s body, especially when injured or exhausted. Acknowledging and appreciating one’s body for what it can do, not focusing on and trying to change its flaws, makes all the difference.

“Body neutrality is about understanding your body’s capabilities and needs,” she continues. “It’s about building trust and connection between mind and body so you can work with your body, not against it. When you know yourself as a human being and you know your values and strengths, whether or not you book a gig you’ve auditioned for doesn’t affect your self-worth or identity as a dancer.”

The results of the exceptional education given to Idyllwild Arts dancers were displayed in their Spring Concert, when all the people who attended counted themselves fortunate.

More Than Three Months of Dance

Yuka Fukuda's dedication to dance has lasted for over thirty years. But the new Idyllwild…