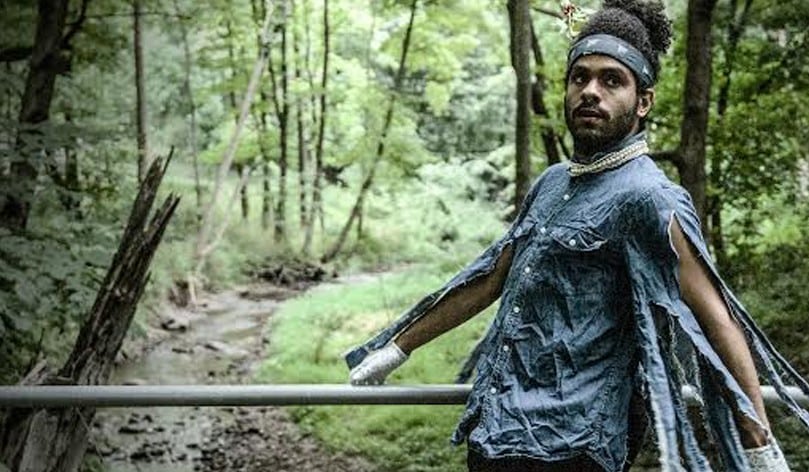 The phone interview of Gerard Minaya had been long and enjoyable because the 2012 graduate of Idyllwild Arts Academy had so much to say. But as his interviewer was getting off the phone, Gerard had one more thing to add.

But Gerard asked his interviewer to wait as the latter was getting off the phone.

“I’d love it if you could pass on my thanks to Ellen and to Ron E. Brown,” he said. “They did so much for me!”

Brown is no longer part of the Academy Dance faculty, but Ellen Rosa-Taylor continues to chair the Dance Department with the skill and generosity that make a lasting impression on her former students as well as on current students. Ellen’s department keeps taking young dancers like Gerard, who “didn’t even know what a plié was when I came to Idyllwild Arts in 2010,” recognizing their potential and transforming them into busy professionals.

Of course, dance is omnipresent in Dominican culture.

His first ballet teacher at Idyllwild Arts was Patrick Frantz, former Premier Danseur for the Paris Opera Ballet. Frantz has been known to announce on the first day of class that “If you don’t work hard, I’ll become your worst enemy.”

“Yes, Patrick could be intimidating, but that’s because he’s totally dedicated to the craft. He saw the potential in his students, and he was determined to wake us up to what we could do.”

Awakened to his potential, Gerard followed his 2012 graduation from the Academy with four years of dance at University of the Arts, in Philadelphia, finishing his BFA in 2016.

A highlight of his time there was his selection, with several classmates, to attend the Montpellier Danse Festival, in France, for an eye-opening experience of the rich possibilities of the contemporary global dance scene.

In essence, all of those rich possibilities are found wherever there is love of movement. While Gerard loves to travel, his return to the Bronx after graduating from University of the Arts has shown him that there’s plenty to love in his local dance world.

“When I was at University of the Arts, I’d been blown away by a Ballet Hispánico performance in Central Park that fused ballet with Latin dance. So I was thrilled to sign a two-year contract with them in 2017. I danced in their second company and performed in Southern California, and in New York in the Apollo Theater and Lincoln Center. We also did free performances in public schools in all five boroughs of the city, and in New Jersey and Connecticut.”

It is in the sort of community involvement exemplified by free performances in the public schools that Gerard has taken his greatest joy. He identifies as Queer/Gay, and BAAD!, or The Bronx Academy of Arts & Dance, lets him express that identity through dance.

As a BAAD! Programming Associate, he does “a lot of curating and presenting of other people, but I’m still performing, too. And because of working through BAAD!, I understand better who I am.”