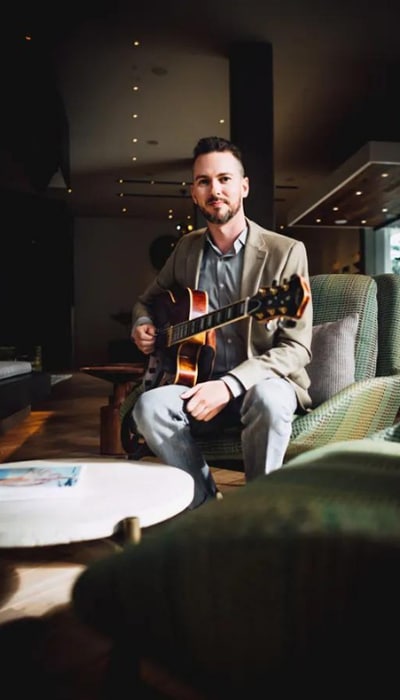 Bob Hamilton is a freelance musician and teacher living in Palm Springs, California. He is a master of the 6 string guitar and 5 string banjo, a patient and engaging teacher, and an adept improviser, writer, and arranger.

Bob has played thousands of songs on stage with hundreds of bands. He has international touring experience, ranging from rock/pop/soul bands in nightclubs to classical and jazz sets of solo guitar at upscale restaurants and banjo breakdowns on major bluegrass festival stages.

Few guitarists come with the skill set that includes college training in jazz, classical, and Afro-Latin music, national competitions for bluegrass banjo, touring with the most popular cover band in the world, a decade plus in rock/funk/soul bands, and an ability to learn, write and improvise everyday.

Currently Bob performs and records with dozens of bands a year in a variety of genres. In 2017 alone he performed at Red Rocks Amphitheater, New Orleans Jazzfest, the Greek Theater in LA, with the Coachella Valley Symphony, as well as regular Southern California jazz clubs,  festivals, and clubs. He performs regularly in Palm Springs and Coachella CA and fills in on tour with several Los Angeles based bands.